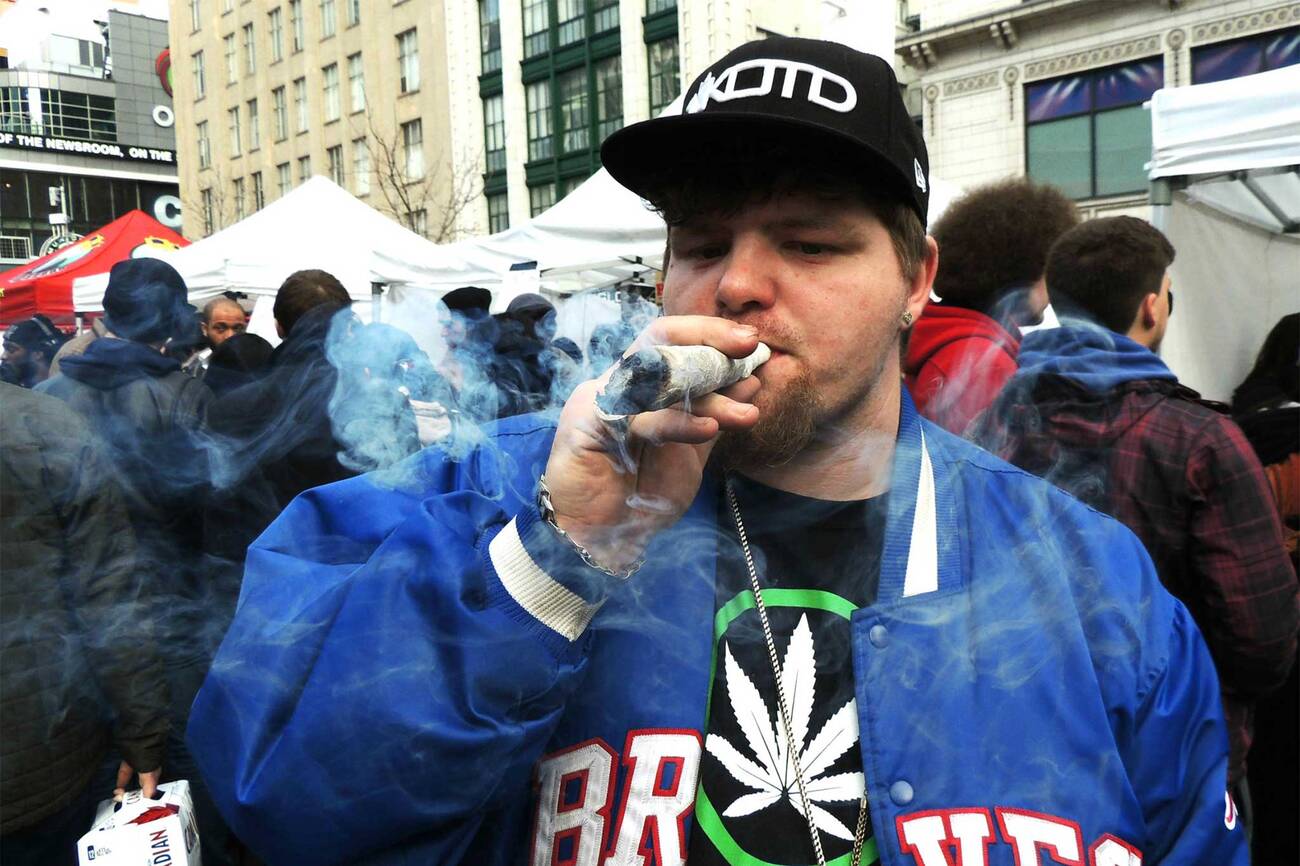 With the legalization of recreational marijuana around the corner, the Ontario government has finally answered some of the most burning questions about where residents can officially buy and smoke pot.

A day before new pot legislation is set to be tabled, The PC government announced earlier today that starting Oct. 17, weed will be up for sale at private retail pot shops by April next year.

Doing away with the cap on the number of licensed cannabis stores in the province, the government is officially taking a free-market approach to what would previously have been an LCBO monopoly under the Liberal provincial government.

Listening to press conference with AG and Finance Minister. Weed becomes legal in Canada Oct 17th. For now, only on line ordering in Ontario. I now know what has to be done to apply to open a physical store.
But still have no idea how consumers are supposed to order...🤷🤦

"This is an opportunity for small business to get involved," said Finance Minister Vic Fedeli in an announcement today. "We want to have as many participants as possible be involved."

Until April, cannabis will be sold exclusively online, distributed through federal wholesalers and the government's Ontario Cannabis Store.

The Alcohol and Gaming Commission of Ontario will be in charge of regulating the marketplace, including granting and revoking pot shop licenses.

Store owners will need to apply for a retail-operator license as well as a retail store authorization for every location they open, which will be limited to a set number, to prevent possible over-expansion, Walmart-style.

There will also be restrictions for federal cannabis growers, who will only be able to hold "a single retail license at a single production site located in Ontario," said Ontario Attorney General Caroline Mulroney.

All currently existing pot stores who continuing to operate illegally after Oct. 17 will lose their right to ever apply for a license in the future, as will stores who have a history of dealing with organized crime and providing pot to minors.

Ontario's new government agency, the Ontario Cannabis Retail Corp., will be in charge of handling online cannabis sales as well as wholesaling to private stores, who will potentially run the gamut from local pot shops to huge cannabis corporations.

There will be a minimum distance requirement between pot shops and schools set up in the future.

Any Ontario municipalities who don't want pot shops on their turf—like Norfolk County in Southwestern Ontario, the first to vote no on cannabis storefronts—will have to opt out officially by Jan. 22, 2019, which they were previously barred from doing.

Ontario is taking a very relaxed regulations on public consumption of cannabis. Basically you can smoke weed anywhere you can smoke tobacco ✌️

Also announced today were the new cannabis consumption rules: weed will be treated exactly like tobacco, meaning weed-smokers will be allowed to light up anywhere residents are legally allowed to smoke a dart.

That means anyone over 19 years-old will no be longer limited to the confines of a private Ontario residence, and will be allowed to spark up a joint on the sidewalk and other public areas where smoking cigarettes is allowed under the Smoke-Free Ontario Act.

In terms of smoking weed in a car or boat that's being operated, that's totally prohibited, and can see fines from $1000 to $5000, which should deter anyone trying to relive the Electric Avenue scene from Pineapple Express.

by Tanya Mok via blogTO
Posted by Arun Augustin at 8:44 PM