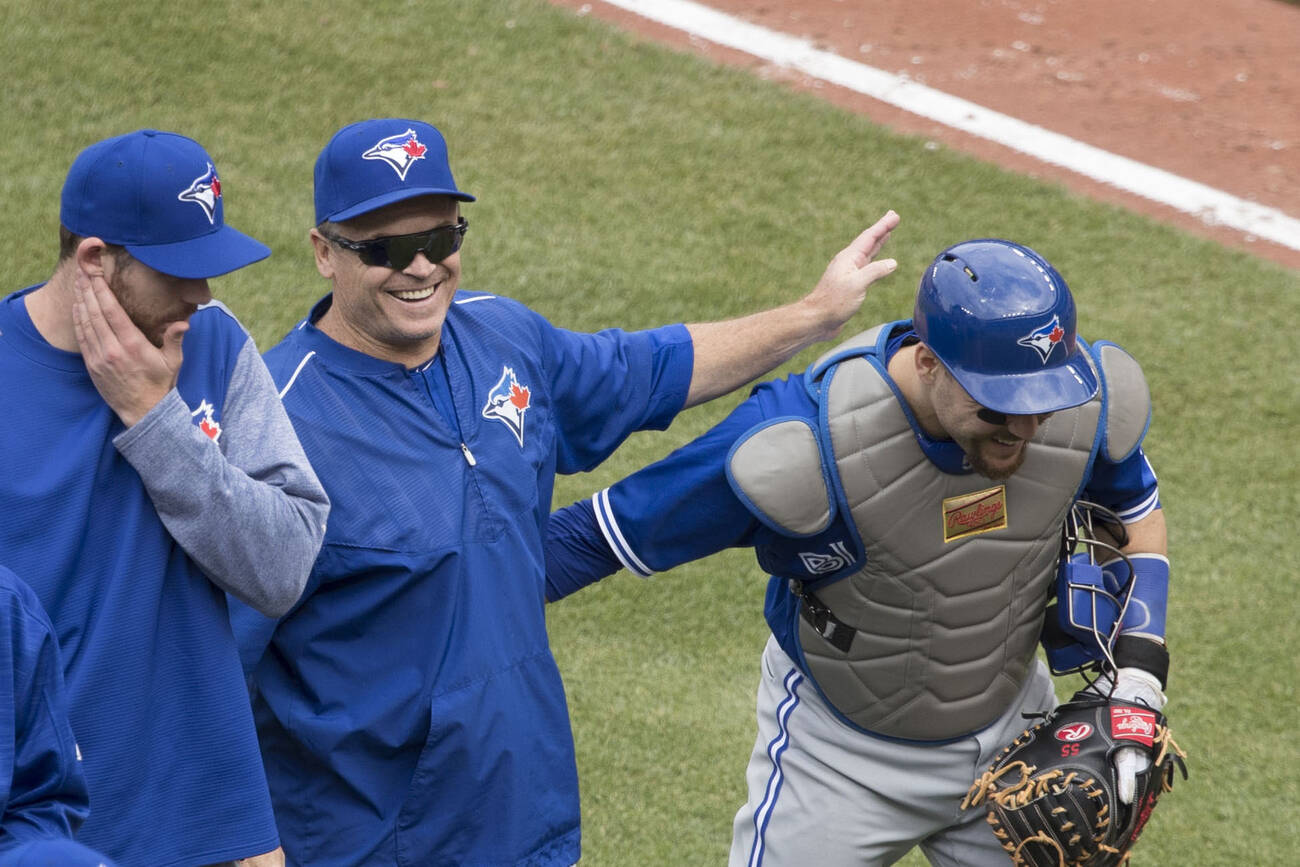 Tonight marks the final home game of the season for Toronto's major league baseball team, and the end of an era for longtime manager John Gibbons.

Blue Jays brass officially announced on Wednesday that they'd be parting ways with Gibbons, who signed a two-year extension in 2017, at the end of this season.

I may not have been a fan of him at first, but I've grown to love Gibby over the years. Players and fans alike love and respect him and he will be sorely missed in Toronto #ThankYouGibby @BlueJays pic.twitter.com/N70CiA3SgS

The 56-year-old former professional baseball player joined the Jays as manager in 2004, but was let go in 2008 and went to Kansas City. He was rehired to manage the Blue Jays in 2013 and has since led Toronto to the ALCS twice.

Sportsnet reported the news of Gibbons' impending departure early Wednesday morning after weeks of speculation about what's been described as "the worst kept secret in Toronto sports."

#BlueJays will announce that John Gibbons won’t be returning as manager for 2019 season today, per multiple industry sources. Announcement will be confirming what’s been known for weeks.

According to ESPN, he has a record of 791 games won as manager of the Blue Jays, second only to Cito Gaston.

Gibbons is known for his sense of humour and is thought to be well-liked by players. He's certainly a beloved figure among Blue Jays fans.

"John Gibbons" is the top trending topic on Twitter in Toronto right now as baseball fans express their disappointment...

There will never be anyone like John Gibbons. @BlueJays games will not be the same. Thanks for the memories especially during 2015/2016 #ThankYouGibby

Thank you, Gibby for the great years, the ‘15 and ‘16 playoff runs and for being so damn entertaining during your run as manager of the @BlueJays! Don’t ever change! @MLB #ThankYouGibby #BlueJays #JohnGibbons #GibbyTheBest #Toronto pic.twitter.com/5tH65YSat8

And well wishes for the coach.

So long Gibby. Thanks for a ton of comedic value over the years. You're a true locker room guy there's no doubt. Honestly they'll probably bring u back in a couple seasons. Recycling is the Jay's way. Lol#bluejays #ThankyouGibby

by Lauren O'Neil via blogTO
Posted by Arun Augustin at 10:24 AM