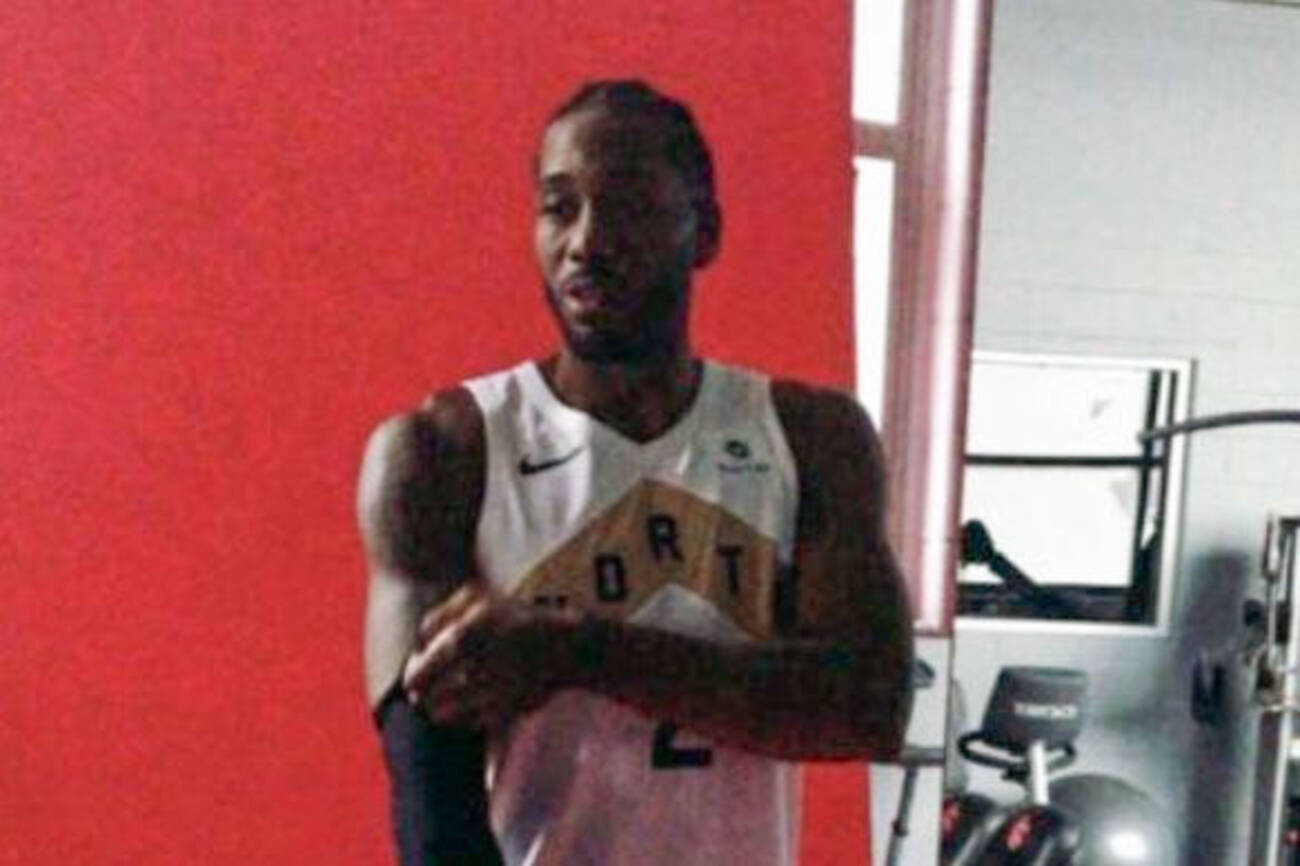 Kawhi Leonard and Danny Green may be brand new to the Toronto Raptors, but they’re already sparking internet buzz that has nothing to do with their game.

Okay, maybe a little bit to do with it.

Green, who was traded to Toronto from the San Antonio Spurs along with Leonard in July, has his own podcast called Inside the Green Room.

An Instagram account for the podcast happened to share a photo on the team's media day of Leonard wearing a Raptors jersey unlike anything we've seen before.

Okay, maybe a little bit like something we've seen before

The photo in question no longer appears anywhere on the podcast's Instagram page, but at least one fan was able to snap a screenshot for posterity's sake.

In it, Leonard is seen wearing what looks like a white version of the black and gold City Edition jerseys released at the beginning of 2018.

Like the 2017-2018 City Edition jersey, this one appears to be OVO-branded. In fact, it's pretty much the same garment, but in a different colour.

You can't buy the white jersey yet as it hasn't even been officially revealed, but when it does drop, it'll likely be available on OVO's web store, just like last year's version.

by Lauren O'Neil via blogTO
Posted by Arun Augustin at 2:24 PM