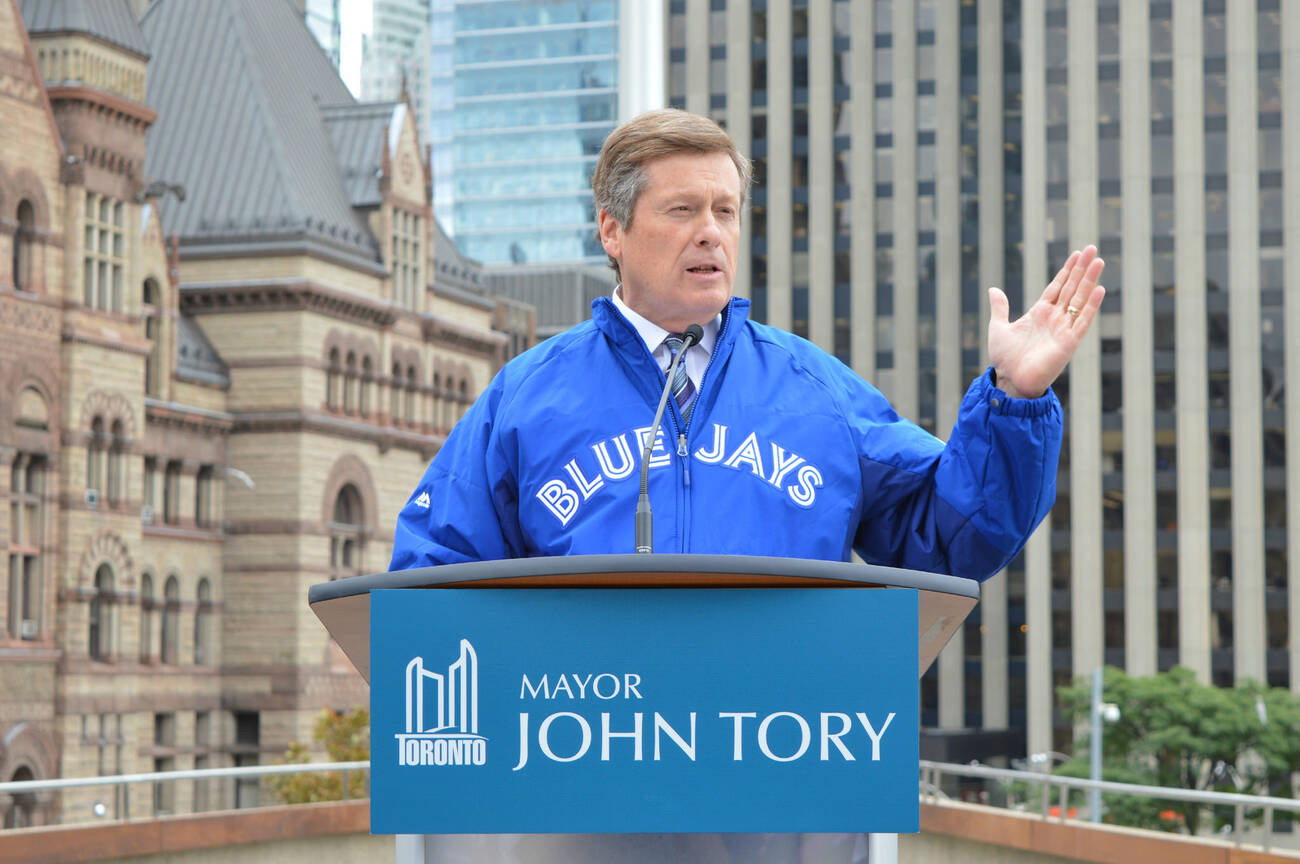 The newest poll in Toronto's mayoral race has incumbent John Tory leading by a wide margin.

Tory currently hangs on to a solid 63.7 per cent of support among voters who have decided, and 48.4 per cent among all voters.

His main competition, former city planner Jennifer Keesmaat, has also moved up to a more comfortable second place. She sits at 28 per cent of decided voters, and 20.3 per cent among all voters.

Sarah Climenhaga and Saron Gebresellassi, the two other candidates who have attended debates, are polling around 1 per cent each, while white supremacist fringe candidate Faith Goldy fell to a little over 1 per cent.

Tory is currently holding more male voters, and those in Scarborough, while opponent Keesmaat is doing better with female voters and people downtown.

Interestingly, voters polled now say transit issues are the top priority for them. This is a new change from the previously found number one priority, housing affordability.

The news that transit is a top priority is interesting, as Mayor Tory will be skipping a debate about that very topic later tonight, opting instead to attend a fundraiser.

We just invited @JohnTory to reconsider attending tonight's transit debate, which will be attended by 100s of #Scarborough residents. We can accommodate your participation at any time during the evening (7-9pm). #transitdebateTO pic.twitter.com/6l6zq3wwMN

Tonight's transit debate is the third mayoral debate to take place. The first, organized by ArtsVote, was held at the beginning of the week, followed by a Global News debate Tuesday afternoon.

by Michael Ott via blogTO
Posted by Arun Augustin at 10:24 AM