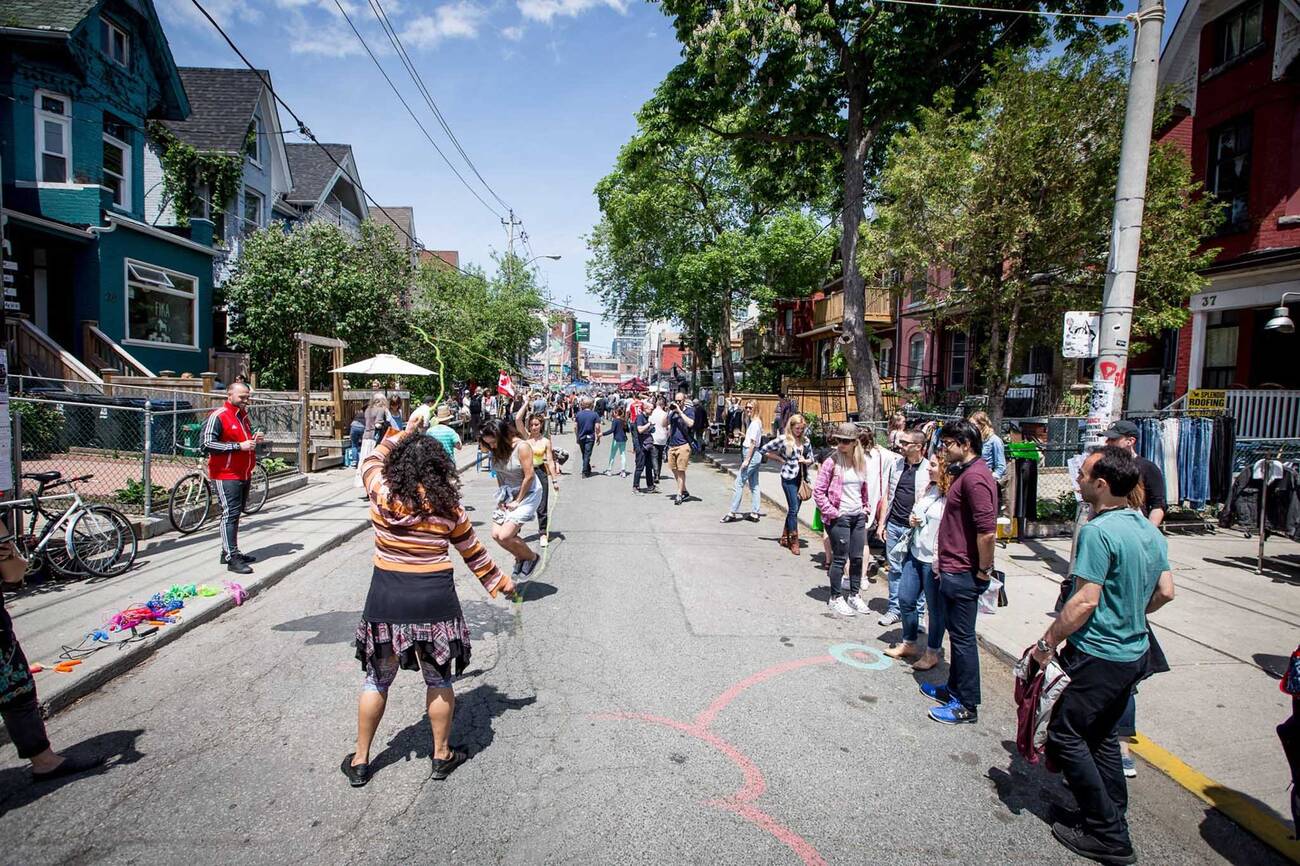 As warm turns to cold, there's still time to enjoy the outdoors at events in Toronto today. PS Kensington is back with a full day of festivities and there's a pug grumble in the park. Wu Tang Clan is performing for free and there's free ice cream to be had.

Pedestrian Sundays (September 30 @ Kensington Market)
With the weather getting cooler, the second-last PS Kensington is on for you to get your fill of food, music, performances and games in the street.
Pug Grumble (September 30 @ Trinity Bellwoods Dog Bowl)
Sunday Funday in the park is about to get better with an influx of squishy-faced, curly-tailed doggies during this big meeting of the pugs.
88rising (September 30 @ RBC Echo Beach)
A showcase of Kpop talent arrives with some of 88rising's artist collective performing, including Rich Brian, Keith Ape, Joji, HigherBrothers and more.
Cauldron Ice Cream Grand Opening (September 30 @ Cauldron Ice Cream)
Flowered ice cream is in, and Cauldron has the Insta-worthy beauties ready upon their arrival in Toronto this weekend, plus a free ice cream give-away.
Neck Deep (September 30 @ The Danforth Music Hall)
Pop punk is a mood this weekend with Neck Deep, who wear their heart on their sleeve when singing about the all the usual angsty goodness.
Oktoberfest Pig Roast (September 30 @ Earlscourt BBQ)
An all-you-can-eat pig roast is on in celebration of the old country, served up alongside German-themed sides and drinks.
Nitro Circus (September 30 @ Scotiabank Arena)
High-flying motorcycles take over the Scotiabank Arena to soar over giant dunes during this FMX, BMX, scooter and inline extravaganza.
Wu-Tang Clan (September 30 @ Rebel)
One of the most legendary rap groups brings the pain to Toronto as part of the Never Jaded arts series and a totally free concert.
Toronto Vintage Clothing Show (September 29-30 @ Queen Elizabeth Building, Exhibition Place)
It's not too late to check out hand-picked vintage clothes from all over the country, including rare, designer and unique finds.
Toronto Antique and Vintage Market (September 29-30 @ Queen Elizabeth Building at Exhibition Place)
There's still another day to take in vintage everything from designer clothing, gadgets, furniture, housewares, art, vinyl and books.

by Lisa Power via blogTO
Posted by Arun Augustin at 6:15 AM