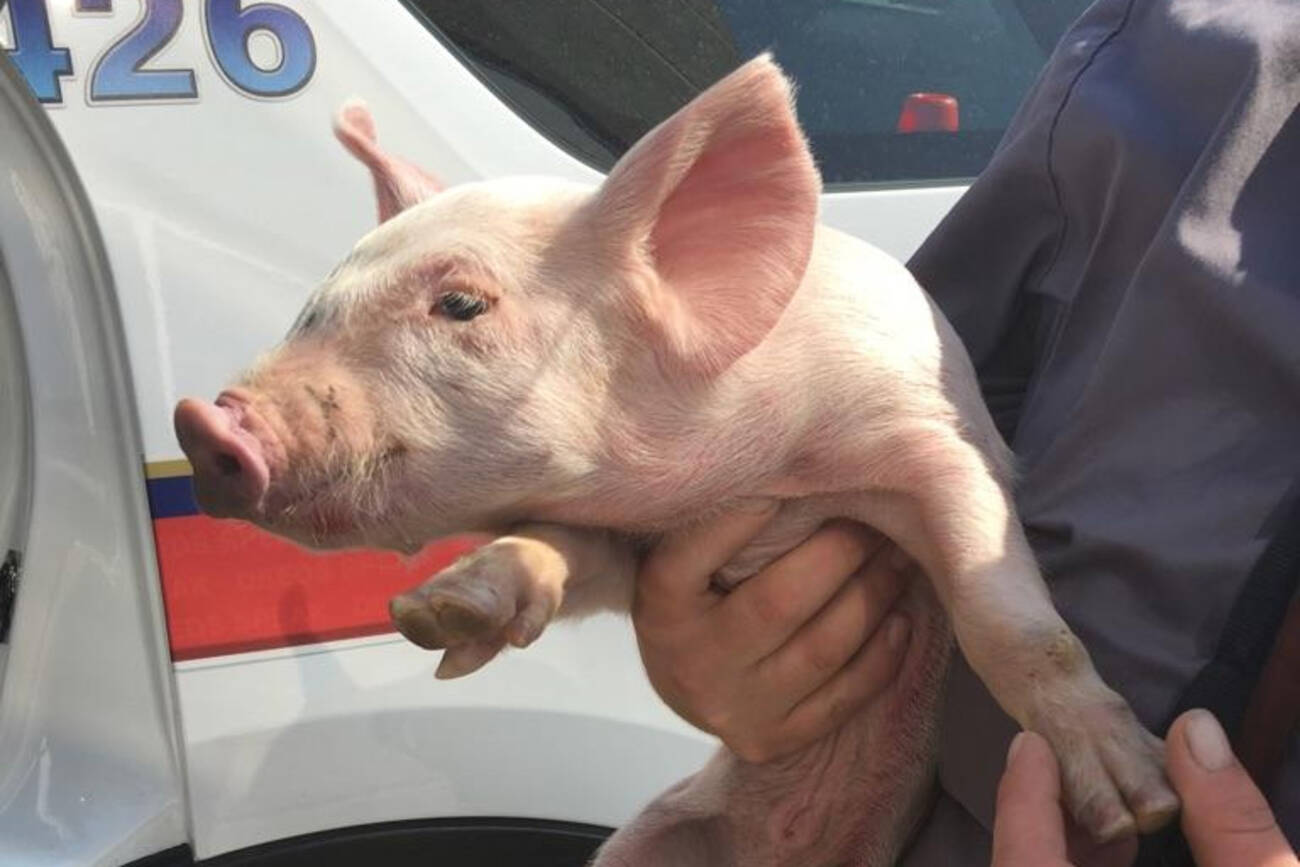 In an incident York Regional Police deemed "too cute not to share," a rogue piglet was spotted trotting down the road just north of Toronto on Friday morning.

The animal was walking on the 400 in the area of Highway 407, according to police, when an officer was able to stop and apprehend it.

TOO CUTE NOT TO SHARE - Despite the predictable cop/pig jokes we'll receive, this cute little piggy was rescued by one of our officers on Friday morning when it was spotted hoofing it down S/B Hwy 400, in the area of Hwy 407. It was taken to a local animal shelter to be cared for pic.twitter.com/HFDswxuU3J

It is not known where the pig came from or how it got onto the highway, though small pigs have been known to escape from transport trucks (and thus eventual slaughter).

The highway pig was taken to a local animal shelter to be cared for, according to York Regional Police, who bravely shared a photo of the little guy "despite the predictable cop/pig jokes we'll receive."

by Lauren O'Neil via blogTO
Posted by Arun Augustin at 8:29 AM