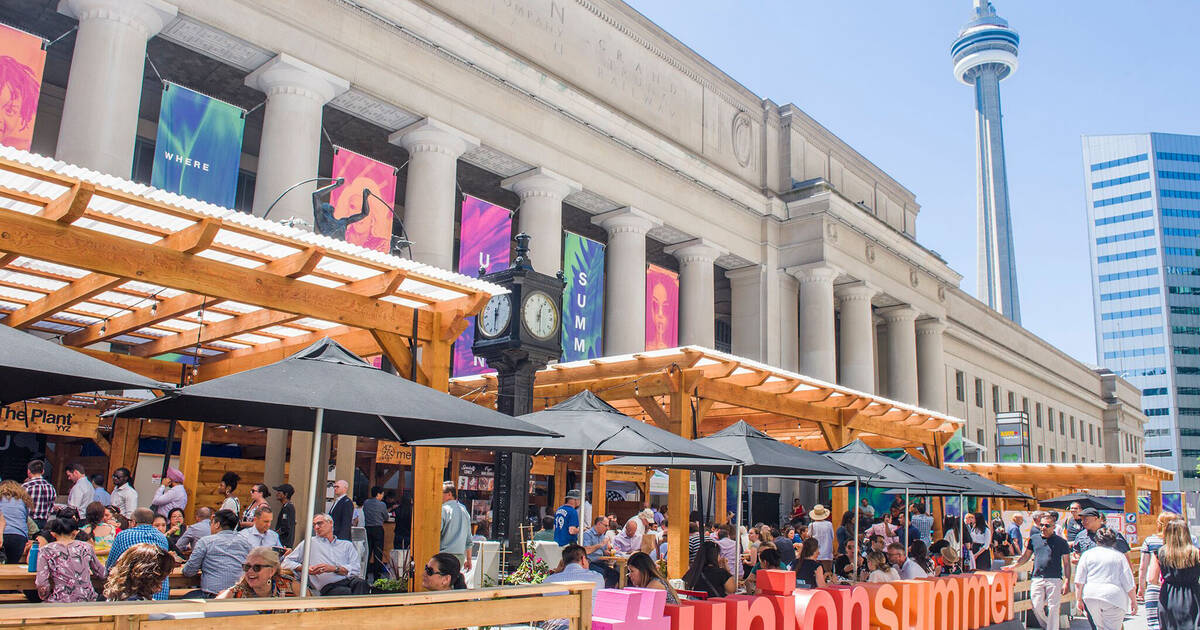 Events in Toronto this week are stacked high with burgers and brunch, music and markets. Union Summer returns with a season of food and fun while a new art maze finally opens. Promise is ready to party on the beach and there's lots of free stuff on as well.

Local Natives (May 27 @ Phoenix Concert Theatre)
Local Natives is one band that only gets better with age, and their indie rock roots continue to shine through as they move further into the mainstream.
Twenty One Pilots (May 28 @ Scotiabank Arena)
Coming a long way since their Grammy-nominated tune about being stressed to the max, Twenty One Pilots are hitting the road and dropping by Toronto.
The Surreal Life (May 29 @ 187 Augusta.)
A night of surreal comedy is on all in the name of comedy-as-art with local comedians dropping by to perform inside of a gallery.
Jorja Smith and Kali Uchis (May 30 @ RBC Echo Beach)
It's going to be a big night for R&B as singers Jorja Smith and Kali Uchis make their way to Toronto as part of their joint North American tour.
inspiraTO Theatre Festival (May 30 - June 8 @ Alumnae Theatre)
Back again is this theatre festival for those on the go featuring 30 different, ten minute works all centring on the theme of outcasts.
Tash Sultana (May 31 @ RBC Echo Beach)
Get ready to lose yourself in the psychedelic grooves of Australia's Tash Sultana as she drops by to rock the stage again this month.
Friday Night Live (May 31 @ Royal Ontario Museum)
Party it up inside the museum at this edition of #FNL that pays tribute to Dutch masters like Rembrandt, plus music, food, drinks and performances.
BurgerMania (May 31 - June 2 @ Yonge-Dundas Square)
Burgers galore are on at the second edition of this weekend beef festival (with veggies and gluten-free options!), alongside music, drinks and more.
Union Summer (May 31 - August 3 @ Union Staton)
Union Station's huge summer market is back with a season of special programming like movies and music, plus lots of yummy bites and local brews.
Freedom Party (June 1 @ Museum of Contemporary Art)
Pride Month kicks off with a big party inside the newly relocated MOCA featuring a night of special festivities in support of Rainbow Railroad.
Riverside Eats & Beats (June 1 @ Multiple Venues)
It's all going down on the east side this weekend with a full day of festivities along Queen Street that includes food, drinks, music and more.
Cactus & Succulent Club Show and Sale (June 1-2 @ Allan Garden Children’s Conservatory)
You can pick up a new plant pal at this big annual cactus and succulent show and sale featuring a big variety of hard-to-kill plants.
Brunch Fest (June 1-2 @ Grounds of Hotel X)
Get your fill of brunch food all day, for three days, at this big festival dedicated to pancakes, mimosas, eggs benny and all the best brunch goodies.
The Funhouse (June 1 - September 22 @ The Funhouse)
The Funhouse is finally ready to launch and it promises an interactive and immerse art maze experience featuring works by local artists.
Promise Cherry Beach (June 2 @ Cherry Beach)
Promise is back and ready to take over Cherry Beach with a season of techno, house and electro beats courtesy of local and international DJs.

by Lisa Power via blogTO
Posted by Arun Augustin at 5:16 AM