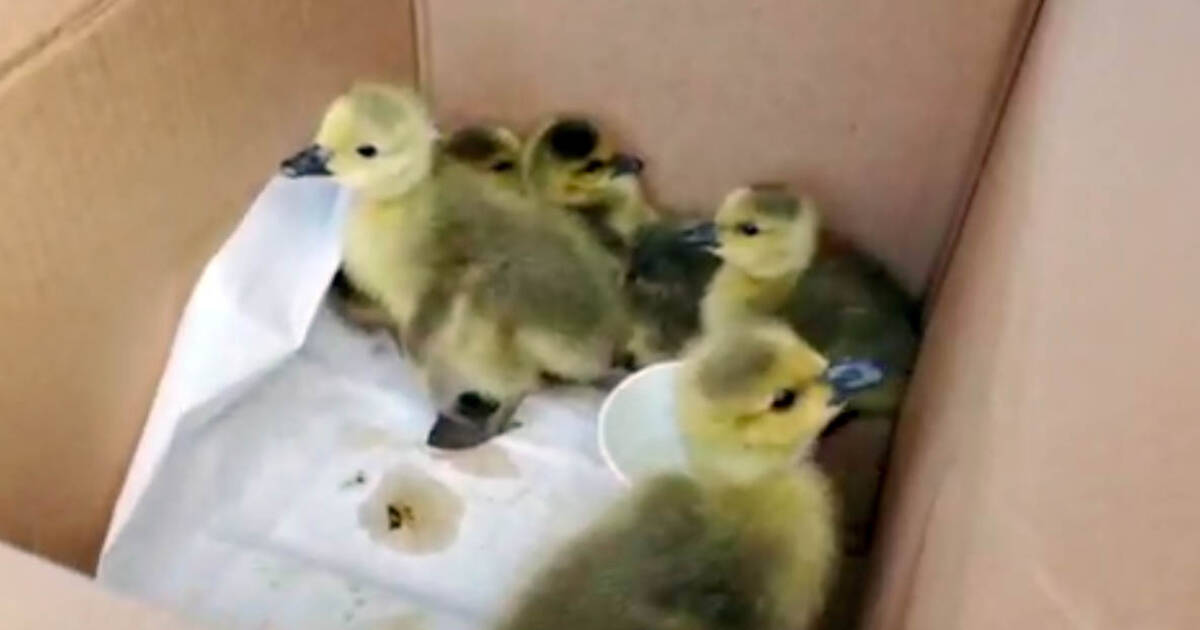 Today in Toronto highway happenings we have an orphaned family of baby geese and some seriously awesome Canadian cops.

OPP Sgt. Kerry Schmidt reported early on Monday via Twitter that a fellow officer had found what appear to be six goslings on his way to investigate a personal injury crash.

Sadly, their parents had both been struck and killed by vehicles on Highway 400.

#OPP rescue a family of goslings on #Hwy400 https://t.co/IFX3kIiP7N

"Normally, we have our cruisers all locked up here for bad guys, but today, this is what we have," said Schmidt in a livestream on Twitter, panning to a box of furiously peeping goslings in the back of an OPP vehicle

"They're a little lost and confused here right now," said Schmidt, noting that the cops had given them water and grass clippings.

"They'll be taken to a place of safety where they can be cared for and hopefully adopted out to another family of geese somewhere with their own kind."

Dozens of people replied to Schmidt's tweets to thank the unnamed officer who saved the baby animals for his kindness and service.

"Aw poor babies. Thank you for your act of kindness. To those who went above and beyond to save them and provide them a new safe home," replied one Torontonian on Twitter.

The person continued, "Fun Fact: Young goslings are easily accepted by other adult geese, they will quickly begin to raise them like or with their own."

"You never know what a day in the life of an OPP officer is — especially here in Toronto," said Schmidt at the end of his livestream. "But every once in a while you get to see a little sunshine, a little joy here... and this is pretty cool."

by Lauren O'Neil via blogTO
Posted by Arun Augustin at 8:46 AM