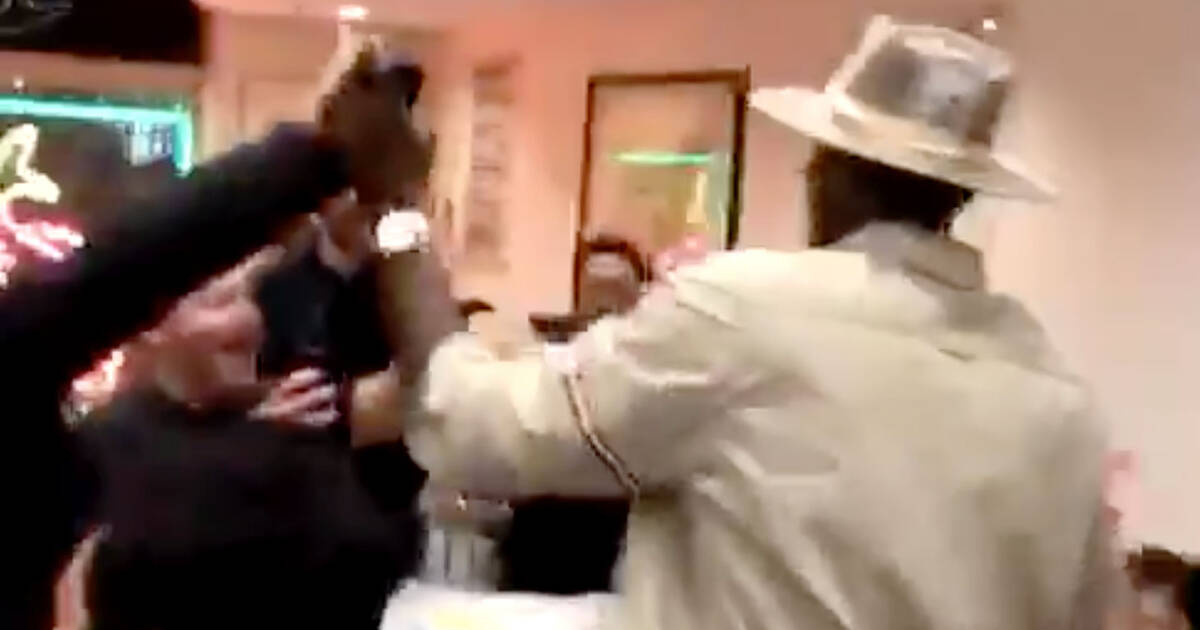 After the Toronto Raptor’s big win on Saturday night, Serge Ibaka was spotted grabbing late night eats at one of his favourite spots in the city: Rol San.

He received a standing ovation at the packed dim sum diner at around 2 a.m. on Sunday morning.

Amongst customers munching on noodles and dumplings, Ibaka sat at a table near the back of the restaurant, presumably eating his favourite fried rice in the city. He high-fived fans on his way out.

Ibaka likes to go to Rol San, “After big wins. Why not?” he said in a Toronto Raptor’s video. Saturday night was definitely one of those big wins.

When Ibaka first visited Toronto, he was craving fried rice and asked his concierge where he could get his fix. Rol San was the answer.

Receiving the status as one of Ibaka’s favourite restaurants in Toronto should not be taken lightly. When the 6-foot-10 player isn’t on the court, he’s cooking his favourite hometown Congolese dishes for fellow NBA players.

In the season finale of Ibaka’s Youtube series How Hungry are You? Kawhi Leonard was a special guest and chowed down on Ibaka’s unconventional creations.

by Hannah Alberga via blogTO
Posted by Arun Augustin at 12:46 PM