How to spend a day in Kensington Market and Chinatown 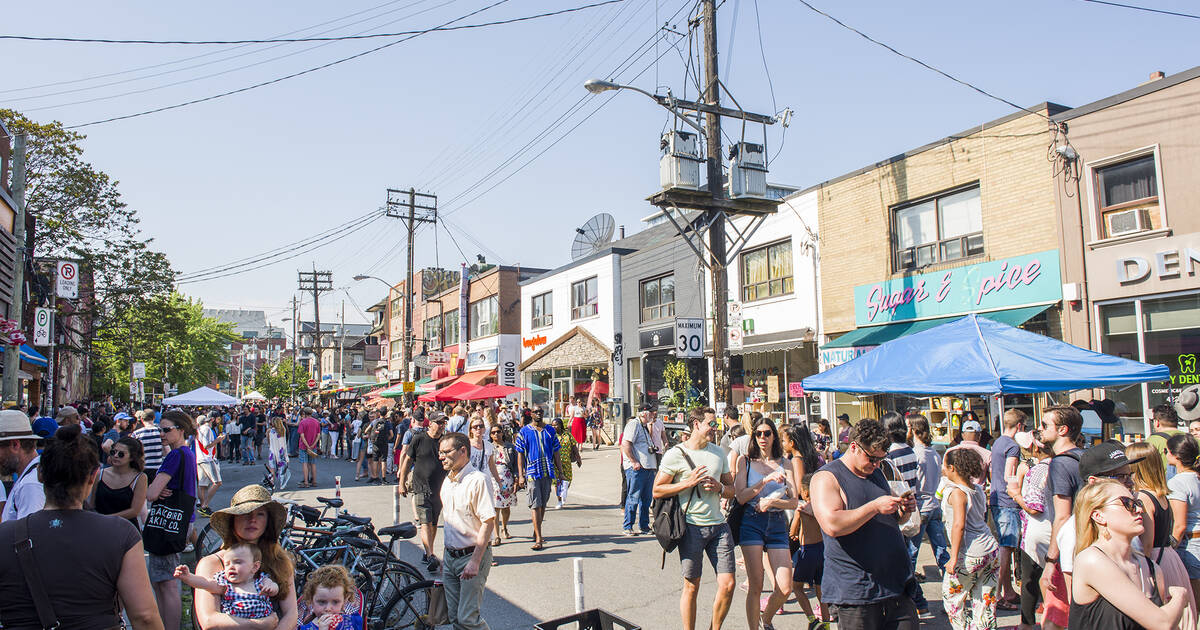 Kensington Market and Chinatown are two of Toronto's most vibrant and diverse neighbourhoods. Given they're just a few minutes away from each other, it makes sense to wander through both areas in tandem—though you could easily pass an entire day exploring just one.

While completely eclectic in their own way, you'll find these two hoods have a lot in common: in the face of imminent change and newer businesses arriving in flux, both these cultural bastions manage to preserve a sense of the old while adapting to the new.

Here's how to spend a day in Kensington and Chinatown, from morning until night.

Whether you're craving some fried eggs or a basket of steamed har gow, these neighbourhoods are basically built for early mornings.

Hit up KOS or Our Spot for cheap all-day breakfasts, or for the Chinese equivalent, head to staples like Rol San, Rosewood, or Sky Dragon, where you'll get an amazing morning view of Chinatown with traditional cart service. 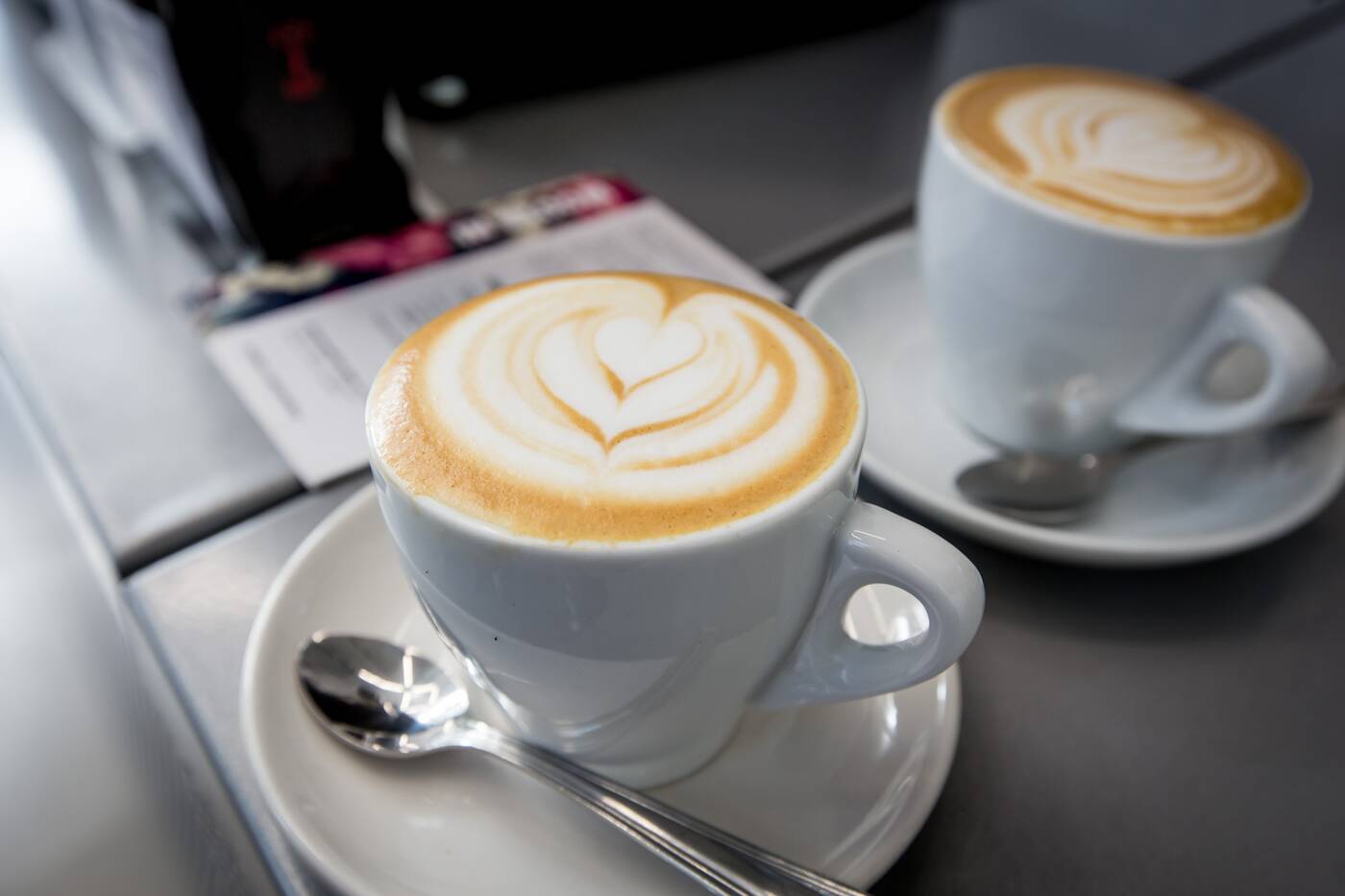 People-watching while sipping a cup of joe is basically a Kensington Market rite of passage. If coffee is what you need after too many orders of pork buns, head to cafes like Moonbean, Jimmy's, or Pamenar to enjoy their respective back patios.

These traditional steeped coffees (iced too!) served with condensed milk are deadly: order one to go from any Vietnamese restaurant like Pho Pasteur or Xe Lua, a.k.a. Pho Train, and prepare for the buzz. A Yin Yang (half coffee, half tea) from Crimson Teas will do the job, too. 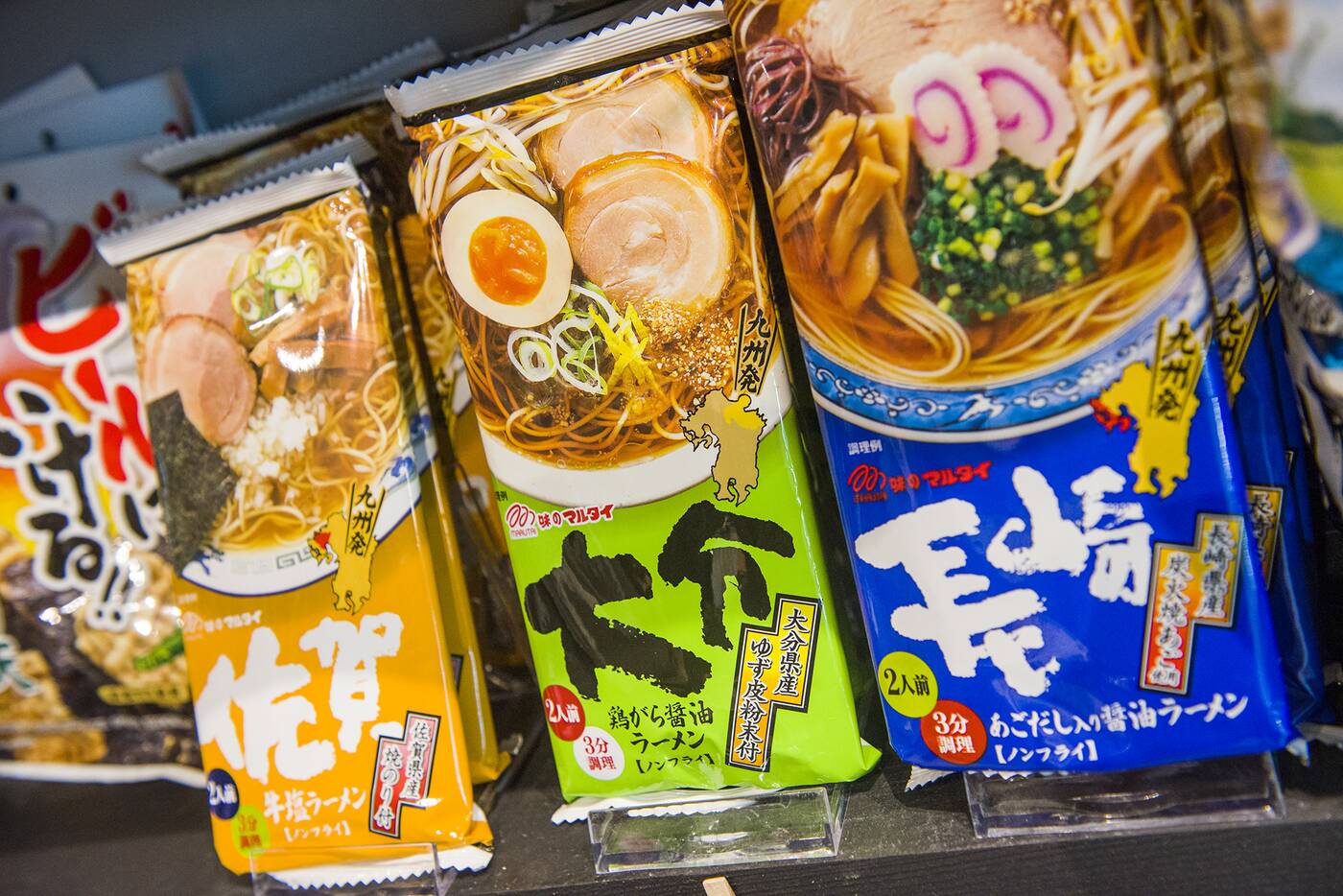 Kensington Market and Chinatown are two of the most walkable areas in the city, so you could easily pass a few hours exploring Dragon City Mall (there's free WiFi) or soaking up some sun in the recently renovated Bellevue Park.

There's also grocery shopping, which might not seem like your ideal way to spend a day off, but trust me—it's another level here.

White Rabbit Candy from the handful of Chinese groceries on Spadina; hard-to-find hot sauces from the Mexican market Perolas; rare ramen packets (and all the Totoro stuff) in the Japanese convenience store Sukoshi Mart—just try not to spend all your money before the day is done. 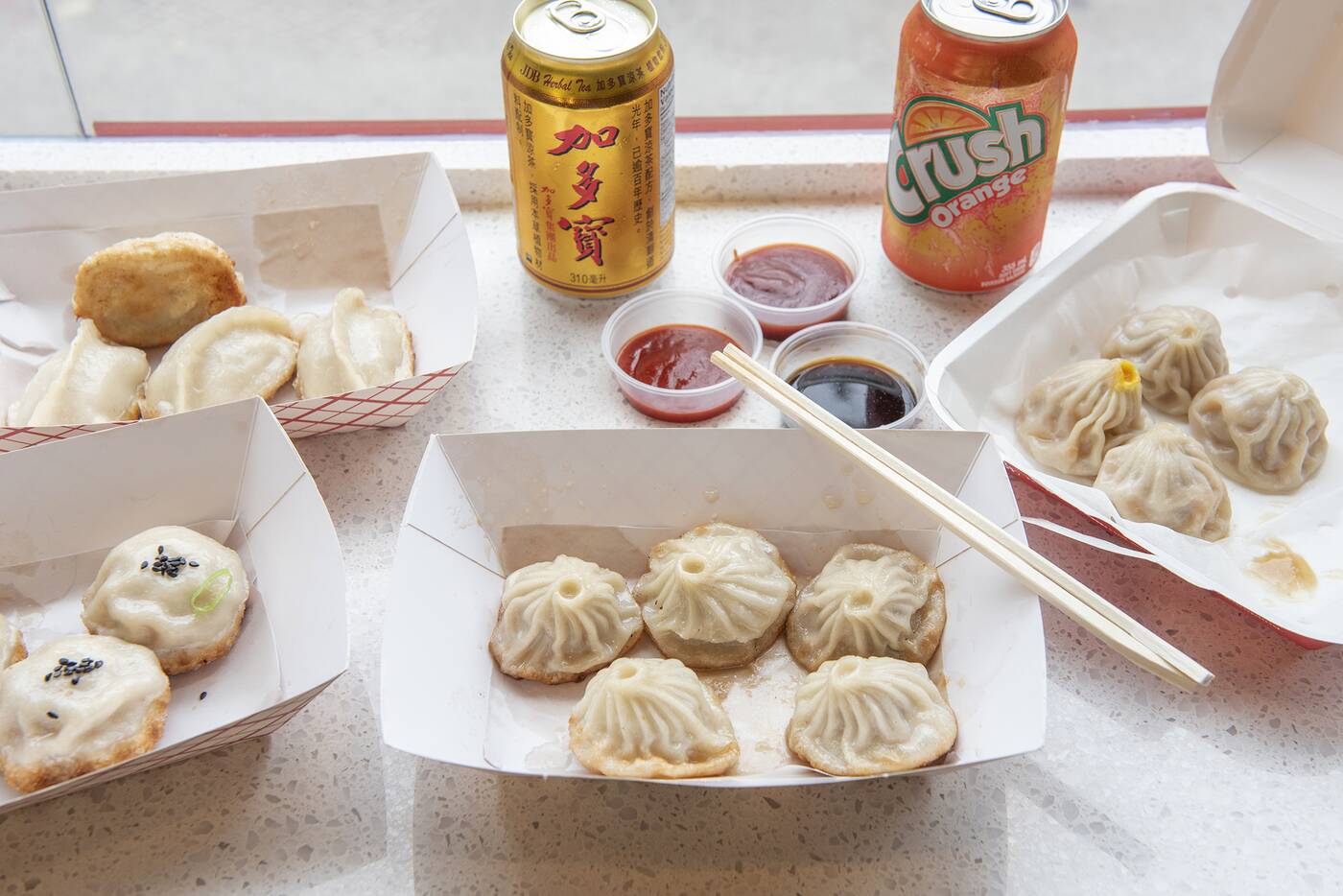 If you didn't hit up 214 Augusta at some point during the day, you did Kensington Market all wrong. This cramped little building acts as a food court for some delicious Latin American eats, like empanadas from El Gordo, tacos from La Chilaca, or ceviche from Pico de Gallo.

On the same coin, different side: a trip to Juicy Dumpling is totally worth the long Chinatown lunch lines. If not for the bursting, soupy, pork- and crab-filled pockets, go for the fact that six dumplings will only cost you $2.99. 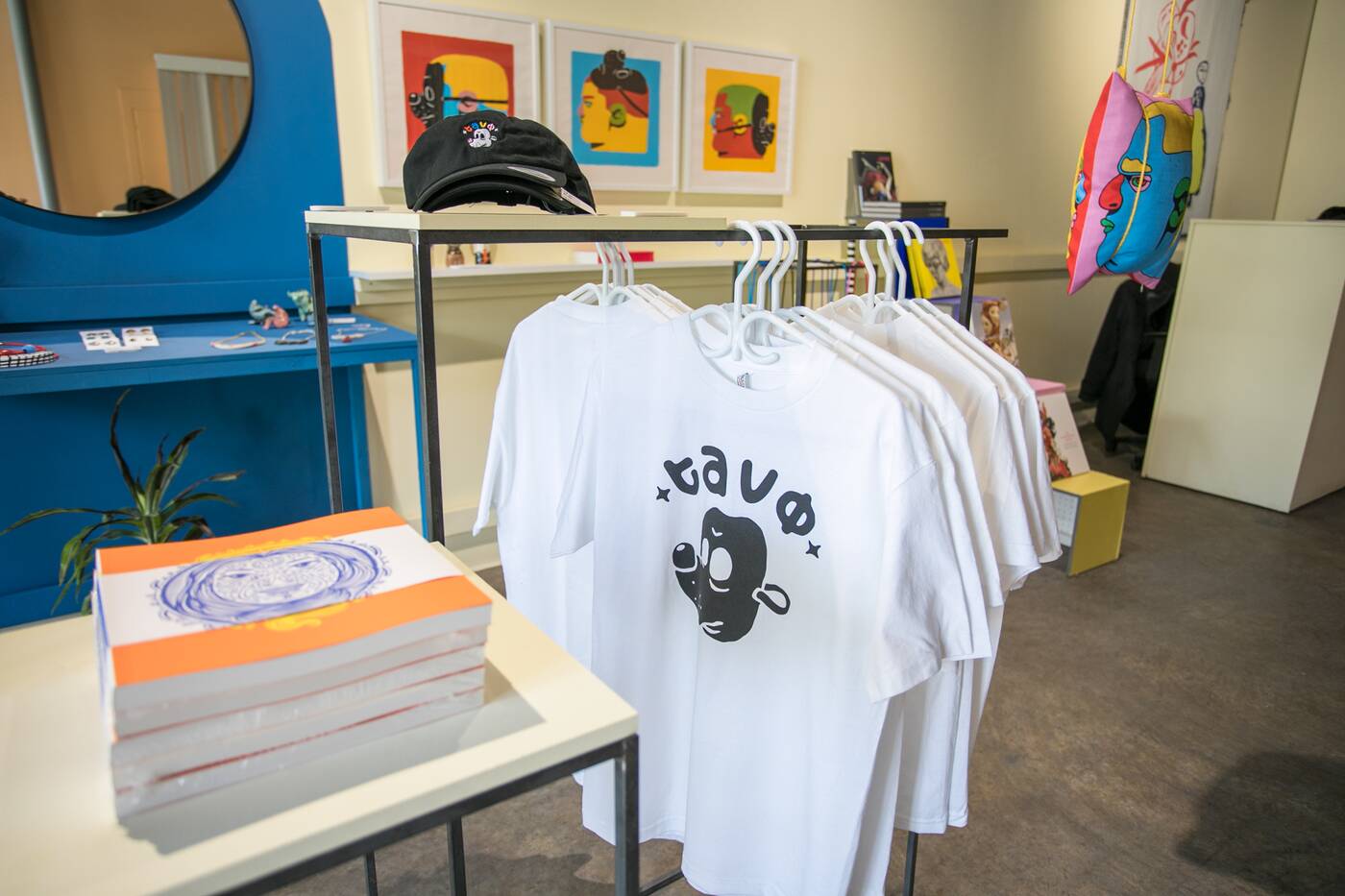 Samara Contemporary is both an art gallery and a shop. Photo by Fareen Karim.

Historically known as two of the most affordable neighbourhoods in the city, shopping in Kensington Market and Chinatown still remains relatively cheap.

Peruse the $5 t-shirt racks lining Spadina between College and Dundas, or dig for cashmere gems and cool buttons in renowned Kensington vintage shops like Courage My Love and Exile. For more current looks there's Pink Canary for L.A.-inspired outifts or Creeps for homegrown, Instagram hot-girl looks.

Record stores are aplenty in these parts as well: collectors could spend hours in Paradise Bound, Play De Record, or Sonic Boom, respectively.

The same goes for art galleries: tucked away in the more quiet parts of Kensington is where you'll find the teeny tiny Whippersnapper and Samara Contemporary showcasing work by local and international artists. 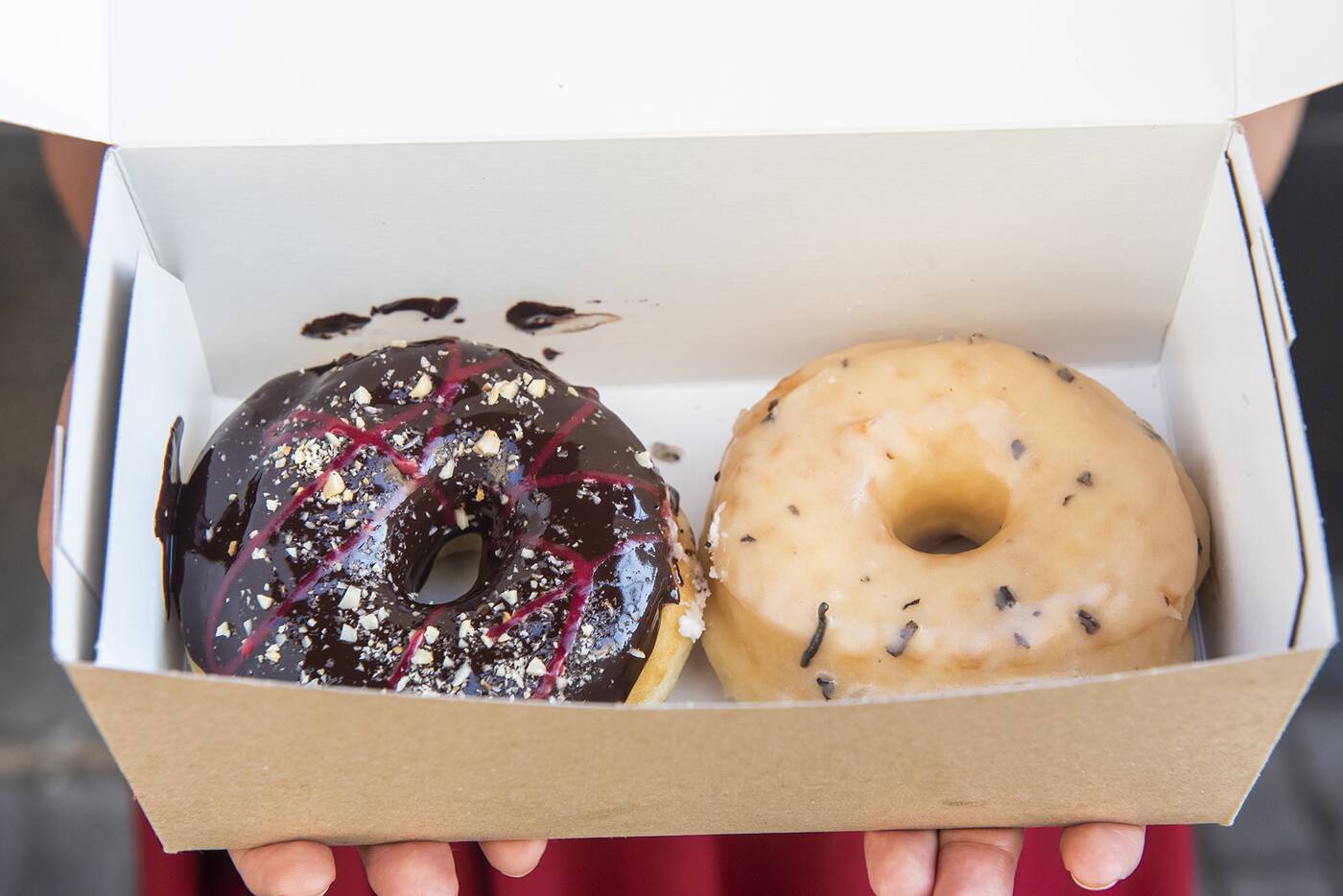 Hong Kong-style afternoon tea is the epitome of a mid-day break, which you'll probably need after all this exploring. There are plenty of Chinese restaurants like House of Gourmet or Hong Kong Bistro offering outrageously cheap meals with sides of coffee or Hong Kong-style tea, specifically between 3 p.m. and 5 p.m.

If you're looking for savoury but not Chinese, I recommend a gobernador taco from Seven Lives, a grilled jerk chicken sandwich from Golden Patty, some doubles from Maracas, or frybread from Pow Wow Cafe. A bahn mi from Chinatown institutions Ba Le or Bahn Mi Nguyen Huong is a good move too.

For something sweet, head to Bunner's for vegan baked goods, carrot cake from Wanda's Pie in the Sky, Koishi's ice cream sandwiches, or Dipped Donuts for decadent rings. There's also Hanabusa, but those jiggly Japanese souffle pancakes are a meal of their own. 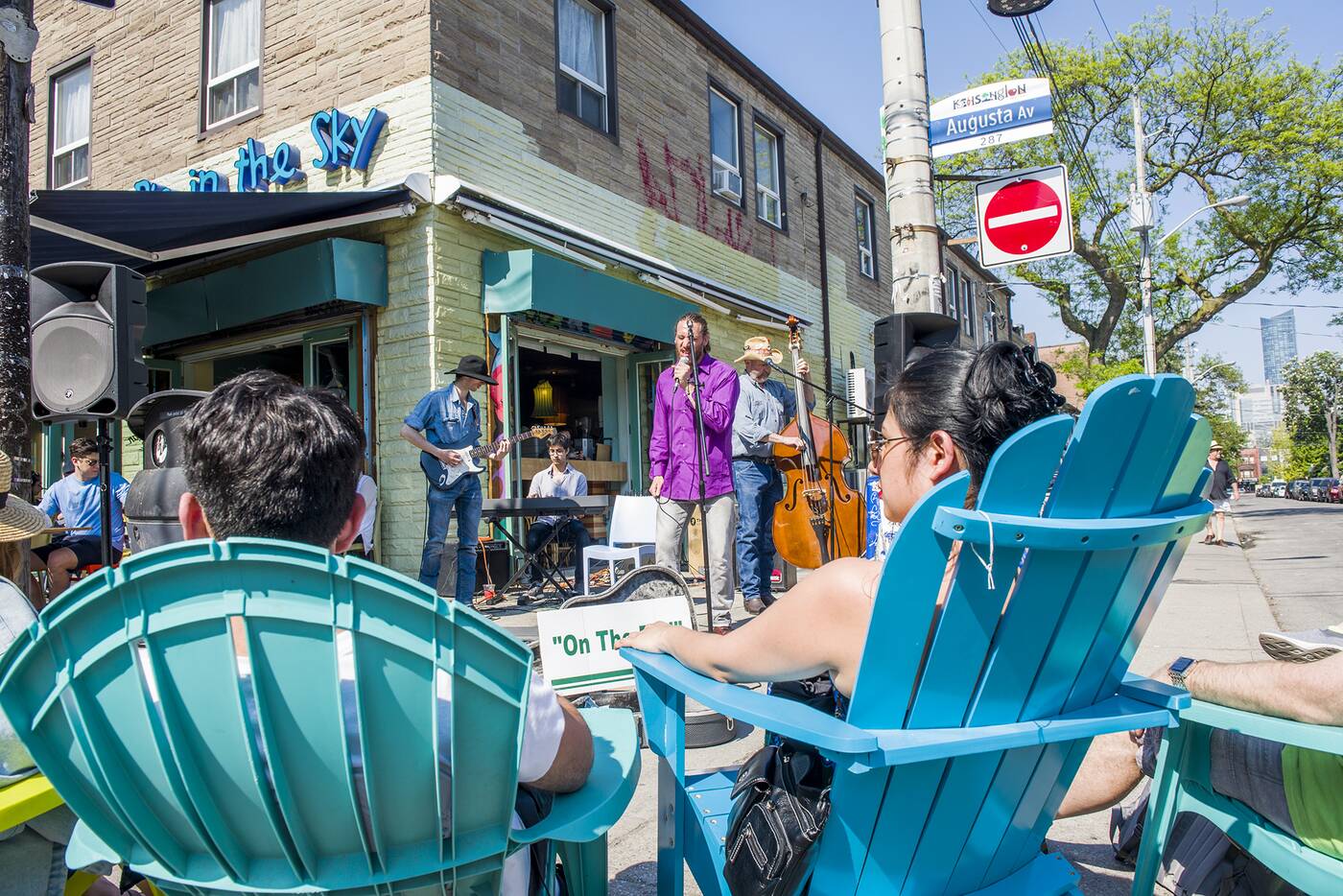 Pedestrian Sundays happen on the last weekend of every month in the summer. Photo by Hector Vasquez.

It's all about community in these two neighbourhoods, and it's pretty likely you'll end up striking a conversation with someone at some point throughout the day, especially if it's a Pedestrian Sunday or the Kensington Market Art Fair.

Or, you, a new friend, and your good pal Mary Jane can all hang out at Hotbox Cafe's POTio, or you can hit up a cool workshop at the Chinatown community centre Tea Base.

There's also no shortage of walking tours dedicated specifically to Kensington and Chinatown. Signing up for a guided adventures courtesy of Tasty Tours Toronto or Savour Toronto is always a great way to meet some like-minded folks. 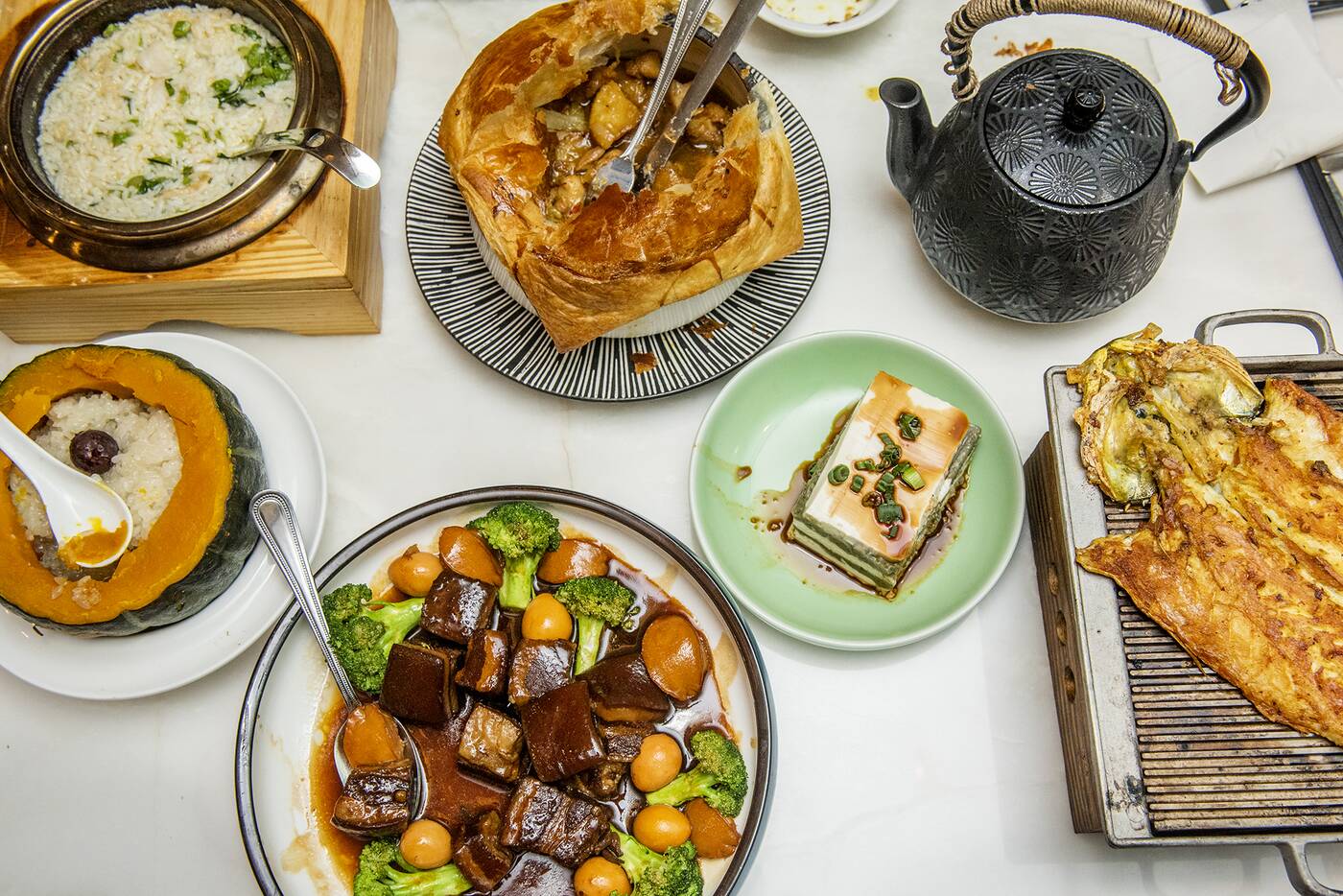 When it comes to the last meal of the day, Chinatown offers the bulk of the options, though Kensington  Market does have a couple heavy hitters, like a splurge meal from the wine bar Grey Gardens or Mexican at El Rey.

Restaurants run the gamut from old school Chinese spots like New Sky and dumpling restaurants like Dumpling House or Mother's, to hot pot houses like Sichuan Ren or more modern eateries like Green Tea and R&D. If it's all too much, keep it simple and grab pizza from Big Trouble Pizza. 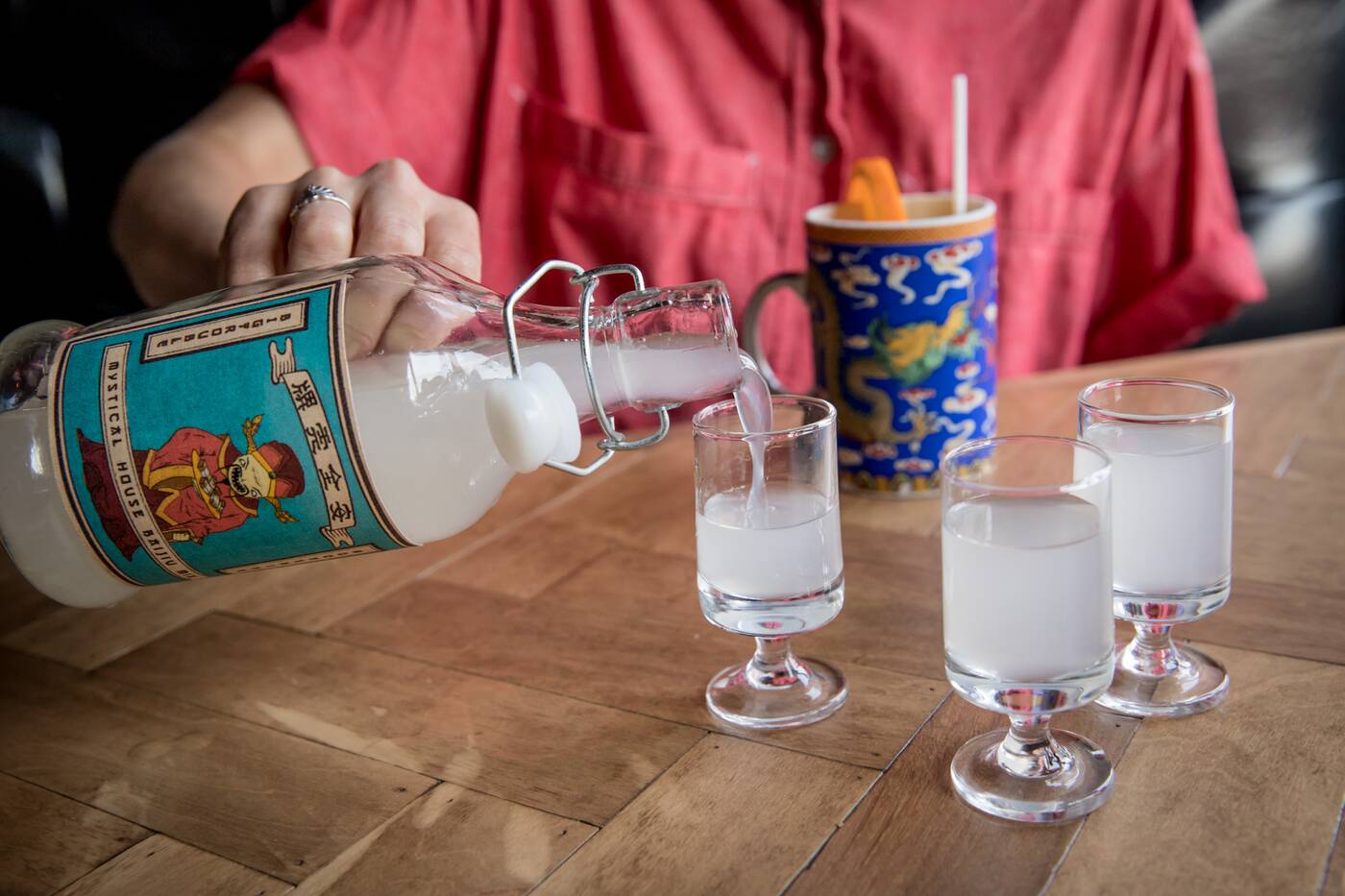 Again: there are few places better to be when you're trying to imbibe and party until last call. For beer, the aptly named Beer2Beer works, as does the Embassy or the smelly dive bar Thirsty & Miserable, while Koi Koi has you covered with sake.

As for the parties, Cold Tea and its back patio will always be a summer classic, and Big Trouble (no affiliation with the pizza) is the best spot for baiju and live DJs.

Socialite is the place for dancehall and soca. Round and The Boat always have their respective dance parties happening, too. For live music, Poetry is a jazzy getaway, and when you want to get swingy with it, Grossman's is the place to be.

by Tanya Mok via blogTO
Posted by Arun Augustin at 6:59 AM