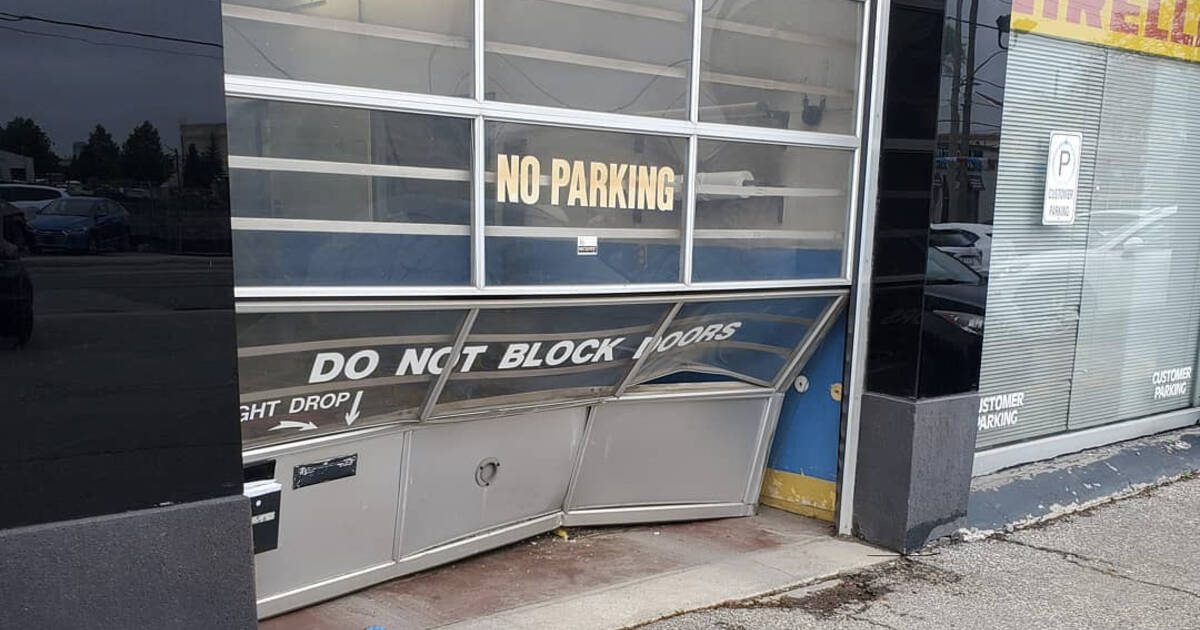 The 25-year-old driver of a black Mercedes has been arrested and charged, according to Toronto Police, after a late-night window smashing spree in East York.

Police first reported at 11:40 p.m. on Tuesday night that a vehicle had crashed into the front door area of a building near Bartley Drive and Sufi Crescent in Toronto's Leaside neighbourhood.

Just 15 minutes later, the same vehicle was reported to have "driven into a few storefronts" on Laird Drive near Eglinton Avenue.

Gotta be the same person. Hope you officers are safe out there. Please take this person in custody soon

Not even 10 minutes later, around midnight, police once again tweeted to say that a vehicle had driven into three separate storefronts along Laird near Wicksteed Avenue.

"Damage to building reported, no injuries," read the update. "Vehicle is a black Mercedes with extensive front end damage."

Police said shortly before 12:30 a.m. that the driver had managed to flee the area with the car and was last seen driving westbound on the Gardiner Expressway.

The young man was arrested roughly four hours later in Scarborough and had his car impounded. Police told 680 News this morning that he was not impaired at the time of the rampage, and that a motive for his actions had yet to be determined.

No injuries were reported as a result of the incident, though police say at least 12 separate buildings were damaged, including a mosque, a piano store, an auto shop, a Home Depot and a Staples.

Police told Global News that, while they continue to investigate the incident, the crime does not appear to have been hate motivated.

by Lauren O'Neil via blogTO
Posted by Arun Augustin at 11:25 AM