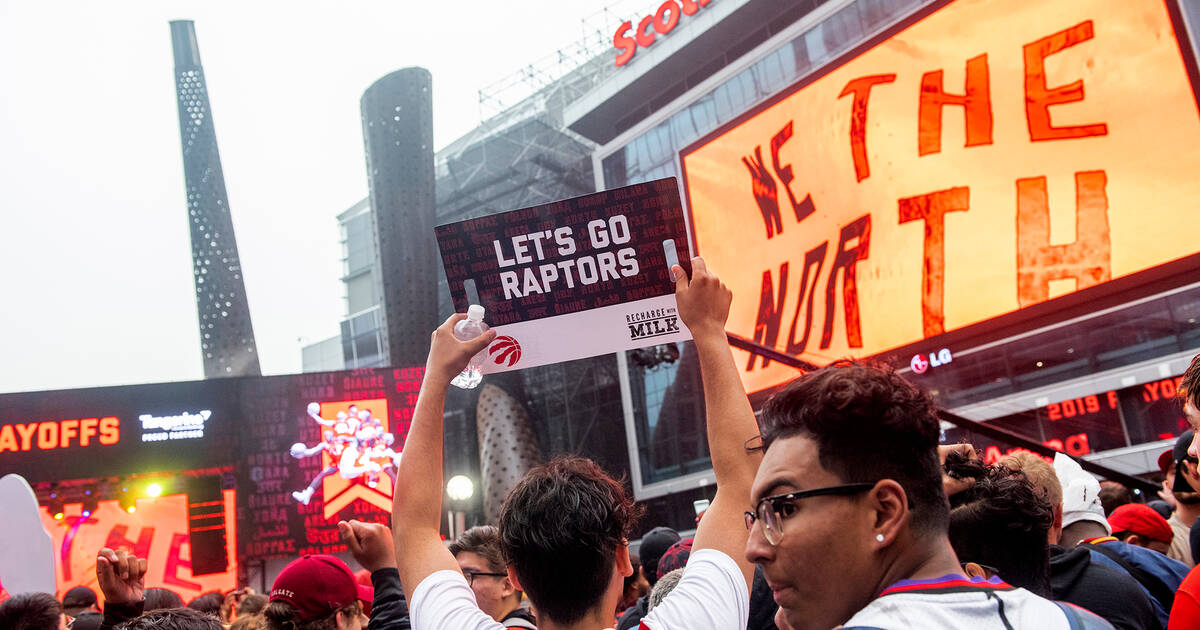 As fans across Canada are get ready for Game 1 of the NBA Finals on Thursday night, they are seeking outdoor screening parties to rally together.

Of course, Toronto has Jurassic Park at Maple Leaf Square, but now, other cities are scrambling to find spaces for fans to flood into.

Brampton and Mississauga got the thumbs up from Maple Leaf Sports and Entertainment that they can start building their own fan-infested zones for the playoffs.

In Brampton, people will gather around a 100-foot screen at Garden Square and in Mississauga, Celebration Square will be flooded with fans.

Big news #Brampton basketball fans!! The #NBAFinals are coming to @GardenSquare! Watch the @Raptors vs Warriors game on our outdoor big screen on Thursday night at 9 pm. Stay tuned for more details. #WeTheNorth

A bar in Kitchener has stepped up and offered their courtyard and 20-foot screen for the game.

Burlington just announced that #BurlassicPark will be set up at Civic Square.

🏀 The City of Burlington is proud to announce that the downtown Civic Square will become #BurlassicPark as the City hosts a free viewing party for Games 1 and 2 of the NBA Finals. #BurlON #WeTheNorth @Raptors pic.twitter.com/9iyZzqjk1x

Kingston is also setting up a Raptors fan zone at Springer Market Square. A city councillor got almost 700 retweets when he suggested the idea.

Okay, #ygk: retweet if you want Raptors on the big screen this week in Market Square. No promises but one of my constituents just asked if it's possible. The more of you who RT, the more sway I'll have in trying to make it happen. Sports building community. I love it! #WeTheNorth pic.twitter.com/Kk36kb9K3F

There was some talk that Vancouver was going to set up a Jurassic Park West outside of the Art Gallery or B.C. Place with stages and food trucks. But, that quickly fell apart.

The city announced that they didn’t have enough time to put together a plan and find an appropriate location that was available for up to seven games.

Thanks to all the partners and staff who’ve worked hard over the past 48 hours to try to make a viewing zone in Vancouver for the NBA finals. It won’t happen for this year, yet I will continue to champion opportunities in the future for Vancouver to enjoy & celebrate together. https://t.co/zkN7pTyqIQ

Vancouverites are going to have to find somewhere else to watch the game.

by Hannah Alberga via blogTO
Posted by Arun Augustin at 7:45 AM