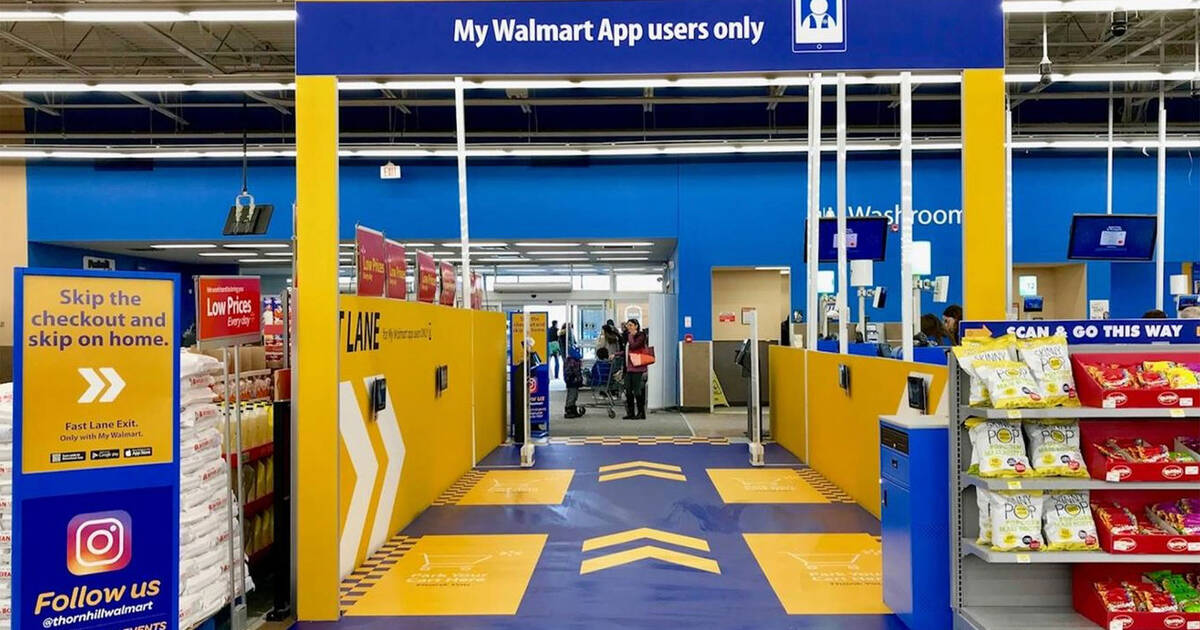 Shoppers are now their own cashiers at a Walmart in Toronto.

Shoppers can scan their items on the store's app instead of lining up. The app connects directly to the user's credit card and automatically charges it. Shoppers can bag their purchases in the cart and flash their digital receipt at a Walmart employee on their way out.

"Our new concept is a symbol of what's to come in retail and demonstrates our vision for helping Canadians save money and live better, now and in the future," Lee Tappenden said, president and CEO of Walmart Canada.

Tappenden is calling this a state-of-the-art "urban supercentre concept."

For tech-adverse shoppers, there will still be six traditional checkout lanes, but the majority of Wal-Mart staff will be dedicated to self-checkout.

Another supercenter is setting up fast lane checkout in Thornhill next year and if the integration of this new technology goes smoothly, it will be implemented in future store renovations.

by Hannah Alberga via blogTO
Posted by Arun Augustin at 10:00 AM