Guillermo from Jimmy Kimmel is now in Toronto 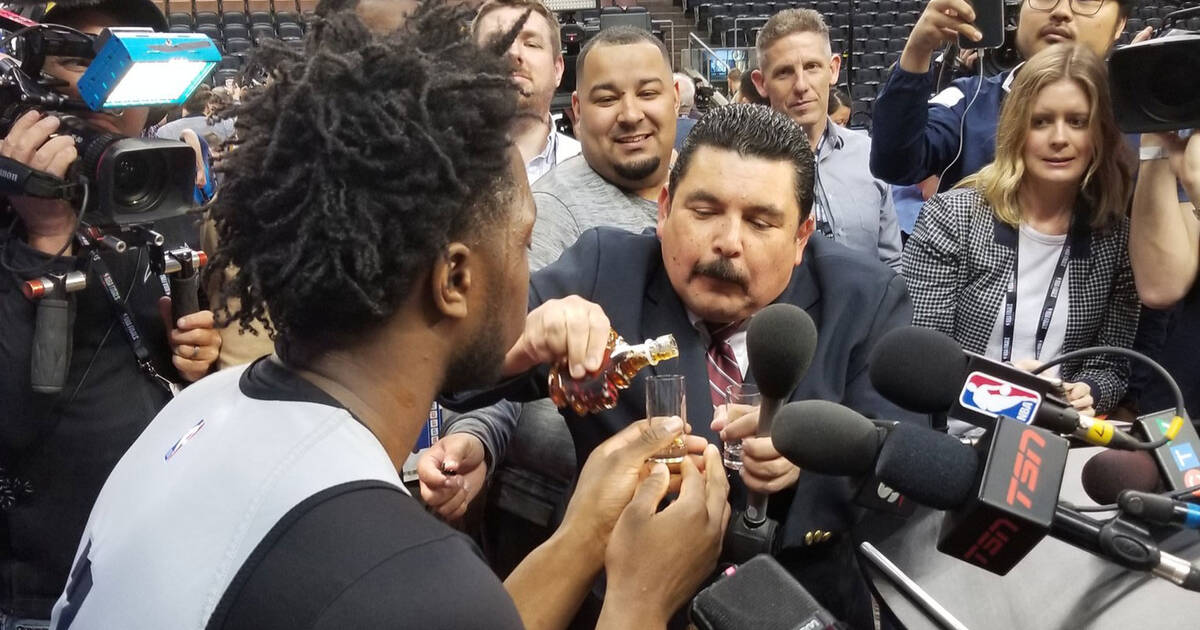 If it hasn't quite sunk in that the Raptors are officially in the NBA Finals, let the fact that Guillermo Rodriguez—Jimmy Kimmel's right-hand man and Finals fixture—is in Toronto bring it home for you.

Saturday Night Live! TV personality is in the city for NBA Media Day, where he's been conducting his usual outrageous interviews from Scotiabank Arena all afternoon.

Earlier in the afternoon, he tried to convince Raptors' small forward OG Anunoby to take a shot of maple syrup (which he poured from one of those tiny maple leaf-shaped bottle you find at gift shops).

The NBA Finals content you need: Guillermo from Jimmy Kimmel offering OG Anunoby a “Canadian shot” of maple syrup, then taking both himself after OG says he’s allergic. pic.twitter.com/AOm1amTrNv

"It's a Canadian shot," he said, before pouring himself one.

Anunoby, who clearly had no idea who the heck was interviewing him, ended up declining, citing allergies, so Guillermo ended up drinking both.

We didn’t know we needed Norman Powell of the #Raptors taking a maple syrup shot with Guillermo until right now (via @TSN_Sports) pic.twitter.com/DAQ6qRSRfW

Being five-foot-one, Guillermo decided to end his very awkward interview with Anunoby by asking him, "Is it fun to be tall?" To which he replied, "It's cool."

He had more luck with Raptors Norman Powell, who he convinced to take a shot of maple syrup before asking him what a raptor was.

The Warriors players aren't having him, though—he's already been swerved by Klay Thompson on the Scotiabank court during practice.

He also made Alfonzo McKinnie extremely uncomfortable during his interview by asking him, "What are you going to miss the most about Kevin Durant?" and then something about threesomes.

We don't know either, McKinnie; we're just happy Guillermo's here. And we're all praying for a Kawhi interview, because we all know it would be awkward beyond belief.

by Tanya Mok via blogTO
Posted by Arun Augustin at 1:20 PM