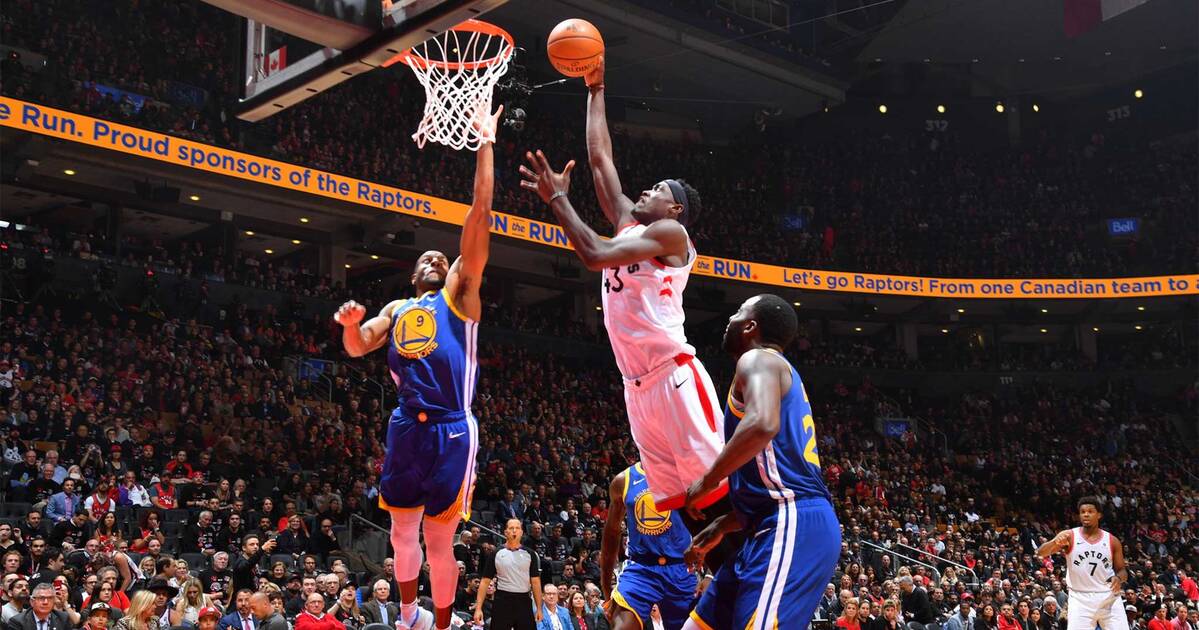 The Toronto Raptors sent a strong statement in Game 1 of the NBA Finals, defeating the defending champion Golden State Warriors 118-109.

Forward Pascal Siakam led the way with 32 points and 8 rebounds.

In the jam-packed Jurassic Park outside Scotiabank Arena, fans sang along in a raucous warm-up where Kardinal Offishall made a surprise appearance.

Drake sat courtside and was on his best behaviour after the NBA warned him not to get up to any sideline antics.

It's a love / hate thing pic.twitter.com/Klj1pWGJGH

He came outfitted in a vintage Dell Curry Raptors jersey, a gesture that didn't seem to get much notice from Warriors' star guard Stephen Curry.

Game 2 goes this Sunday at 8 p.m. at Scotiabank Arena.

by Staff via blogTO
Posted by Arun Augustin at 8:45 PM