Abandoned quarry is an epic swimming hole one hour from Toronto 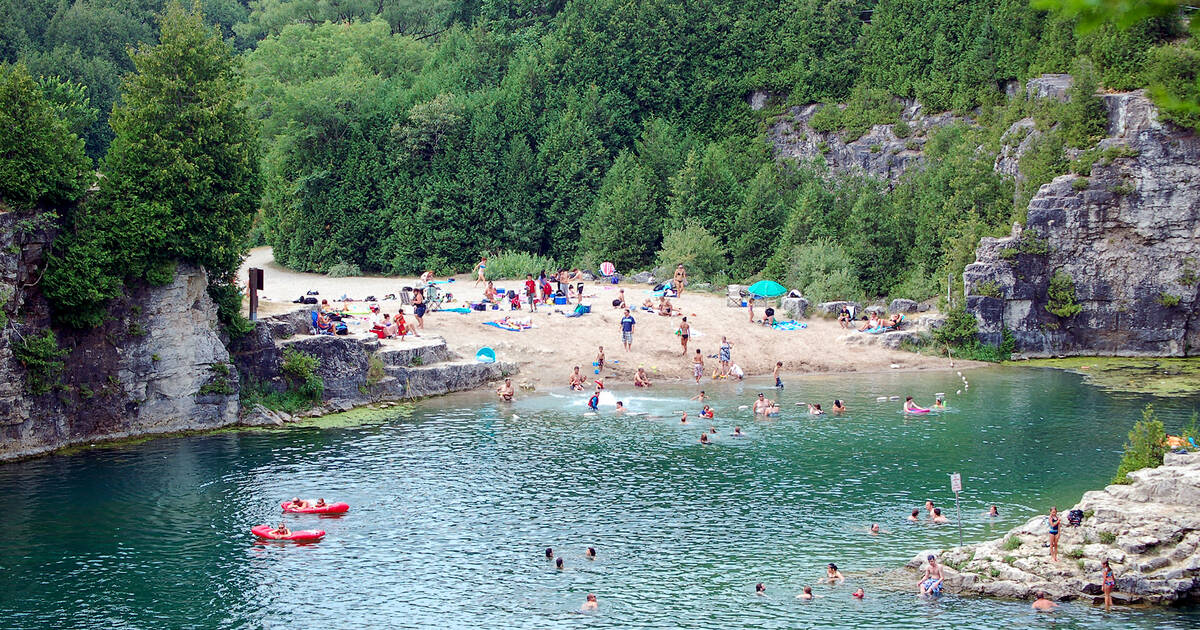 If you're planning to go day tripping this summer, one of the best spots to visit is this former limestone quarry about an hour northwest of Toronto in between the quaint towns of Fergus and Elora. The landscape is beautifully rugged, and the swimming area is clean and safe.

The Elora Quarry has been a designated conservation area since the mid 1970s, but it's been a popular spot to swim for locals pretty much since the quarry closed. It's as dramatic a place as you'll find for a dip within such close proximity to Toronto. 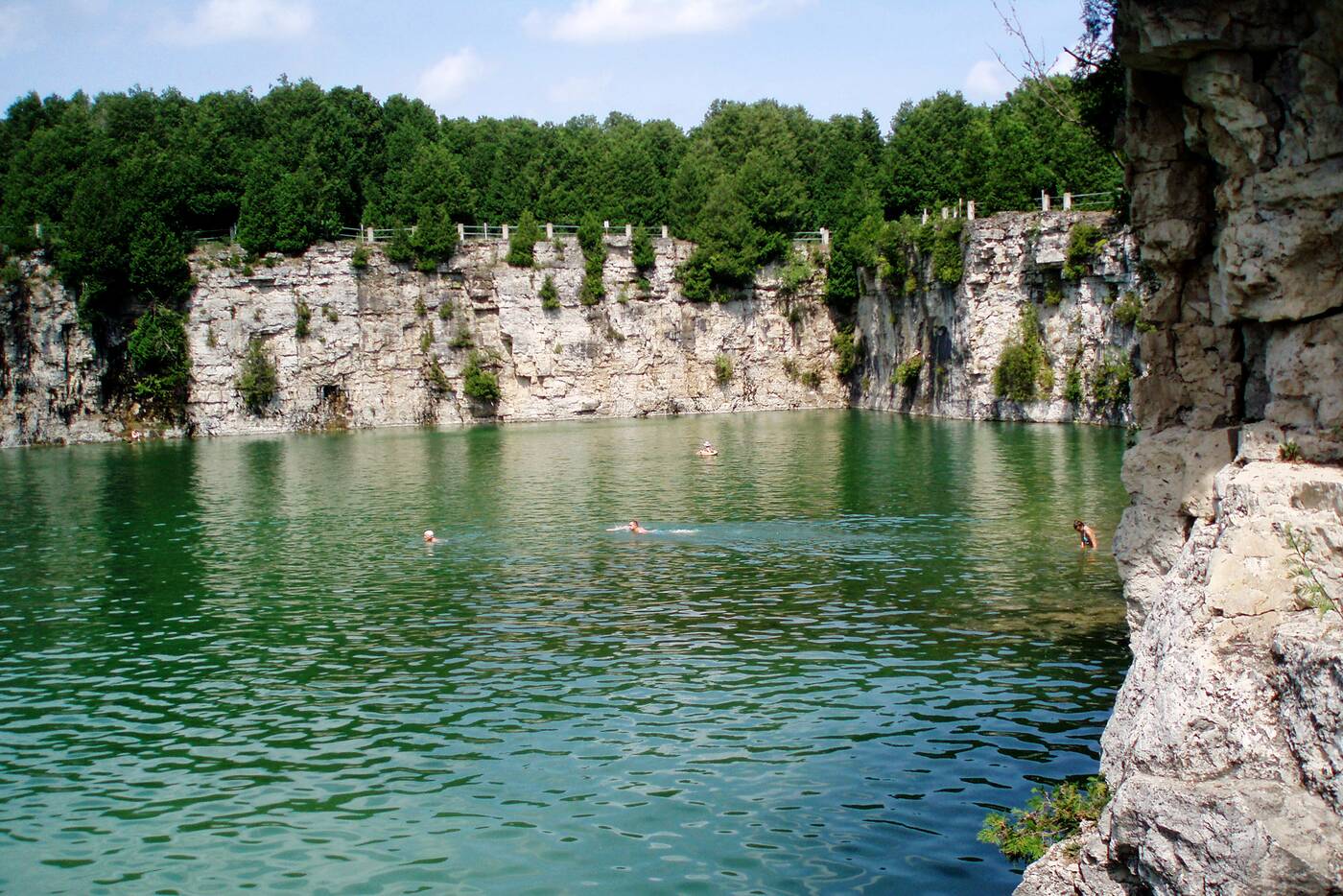 The cliffs that surround the two-acre swimming area reach 12 metres (40 feet) high and provide a stunning backdrop for those sunbathing on the sandy beach, which was built when the area was opened to the public.

On occasion, people jump into the swimming hole from the surrounding cliffs, but this practice is strictly forbidden and will get you tossed from the park. Besides, the beach is actually really nice here. Make sure to arrive early in the day to snag a good spot. 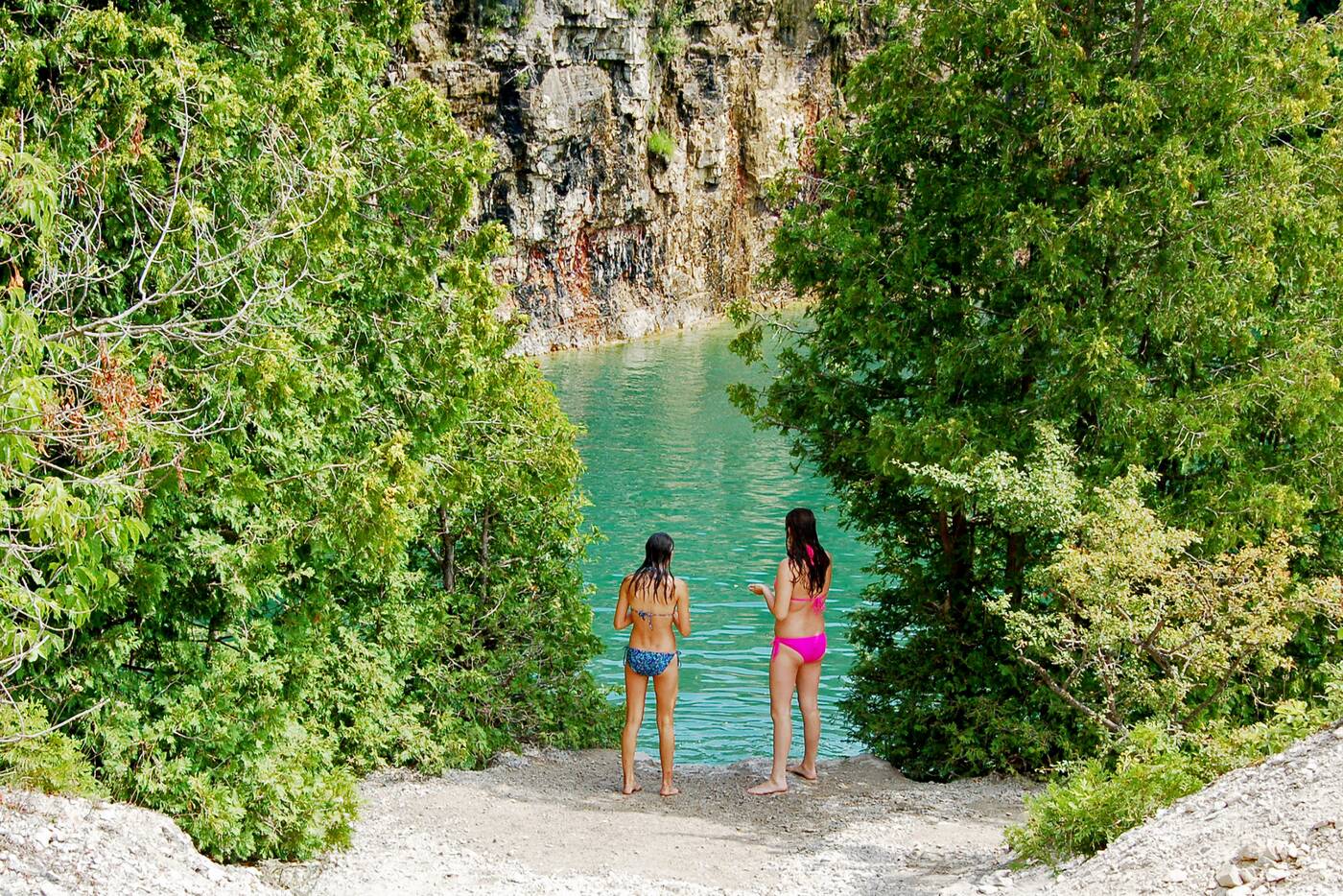 The quarry is at its most stunning on sunny days when the water appears cerulean. Photo by Grand River Conservation.

If you're not in the mood to hit the water, which generally doesn't warm up to comfortable swimming temperatures until late June, there's a sizeable picnic area where you can barbecue as well as a one kilometre trail that loops around the top of the quarry.

In general, the water is very clean here. It's tested weekly during the summer, and has a 95 per cent pass rate. It can get quite busy on summer weekends, but you always have the option of swimming to the stony outcropping where there are fewer people.

A panoramic view of the swimming hole. Photo by Grand River Conservation.

by Staff via blogTO
Posted by Arun Augustin at 6:59 AM