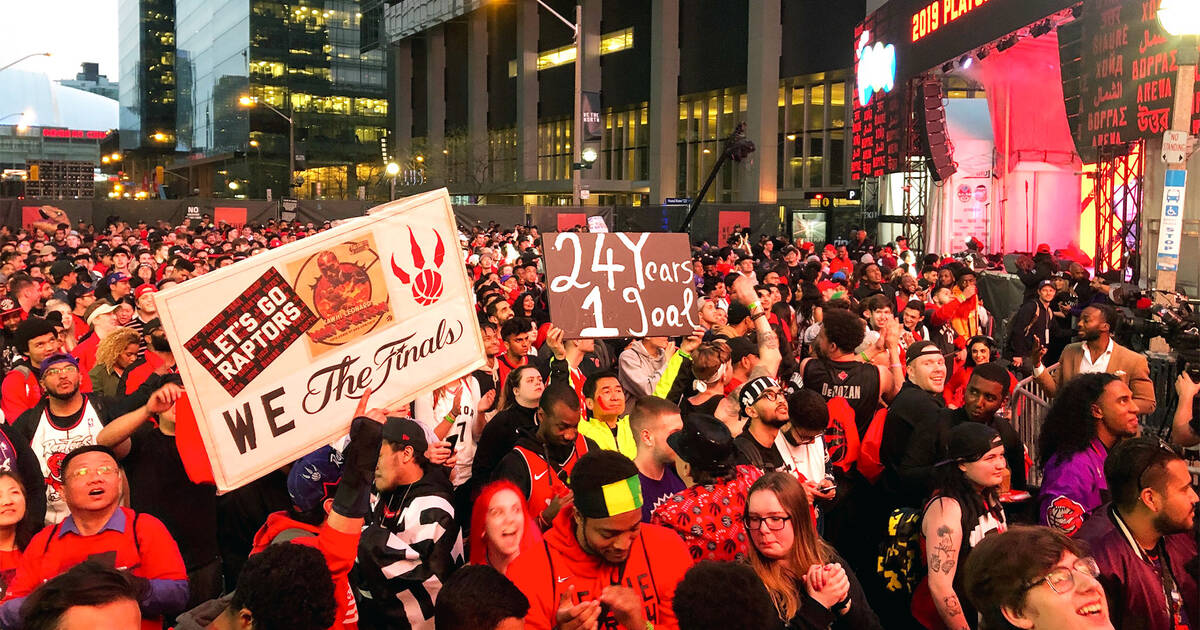 In preparation for Game 1 of the NBA Finals, “mini” Jurassic Parks  sprouted up across Ontario.

After the Raptors’ win against the Golden State Warriors 118-109 in Game 1, two things were clear. There was nothing mini about these viewing parties and they didn’t just spread across the province, they covered the country.

Maple Leaf Sports and Entertainment announced that 10 Canadian cities were approved to set up their own viewing parties.

#JurassicPark in #Toronto was packed for Game 1 of the #NBAFinals 🏀 #WeTheNorth pic.twitter.com/2cdVMK0hD9

Of course, fans were lining up at the Jurassic Park in Toronto, right outside of Scotiabank Arena, for 15 hours before the game even started. The square reached its capacity of 6,000 people, plus others flooded onto the surrounding closed off streets.

Halifax set up Jurassic Park East at Rogers Square last night, where the Raptors played their first game back in 1995.

In Mississauga, around 20,000 fans crowded together at Celebration Square and in Brampton there were additional road closures to accommodate the crowds.

The streets surrounding #BurlassicPark were closed off for the larger than expected crowd of over a thousand people.

Scarborough also got in the action with their own version of Jurassic Park.

Windsor has already announced that it will be showing the game on Sunday at Charles Clark Square. Vaughan, Pickering, Halton Hills and Newmarket also got the thumbs up to set up their own Jurassic Parks.

Fans in Ottawa, Montreal, Winnipeg and Calgary have started social media campaigns, lobbying for their own viewing parties.

by Hannah Alberga via blogTO
Posted by Arun Augustin at 6:55 AM