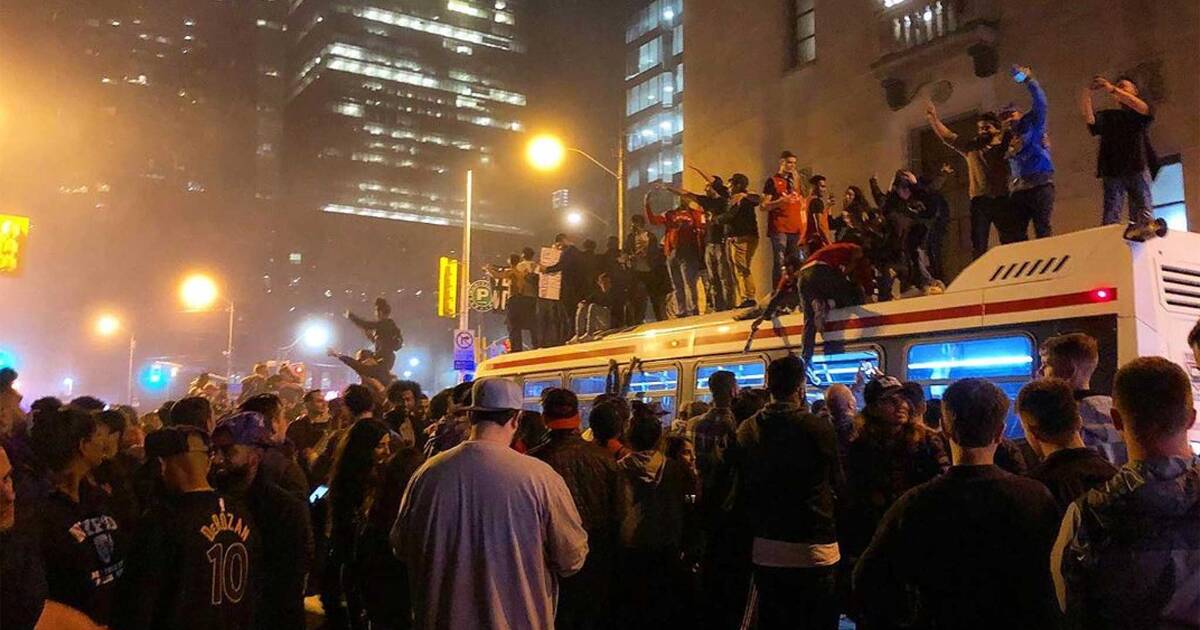 Toronto took to the streets after the Raptors big win over the Bucks to celebrate the team's first trip to the NBA Finals.

Huge crowds descended on Yonge-Dundas Square and other parts of downtown Toronto including outside Union Station where they danced a top TTC buses.

It was a sight not seen in this city since the Blue Jays won their World Series titles back in the early 1990s.

Massive crowds at Yonge-Dundas Square in Toronto celebrating the Raptors victory over the Bucks and their first trip to the NBA Finals #Toronto #Raptors #Raptorswin 📹ngotorious pic.twitter.com/U0lKufiMAt

The next closest thing might have been when the Team Canada men's hockey team won gold at the Vancouver Olympics back in 2010.

The NBA Finals begins this Thursday when the Raptors host the defending champion Golden State Warriors at Scotiabank Arena.

by Staff via blogTO
Posted by Arun Augustin at 10:34 PM