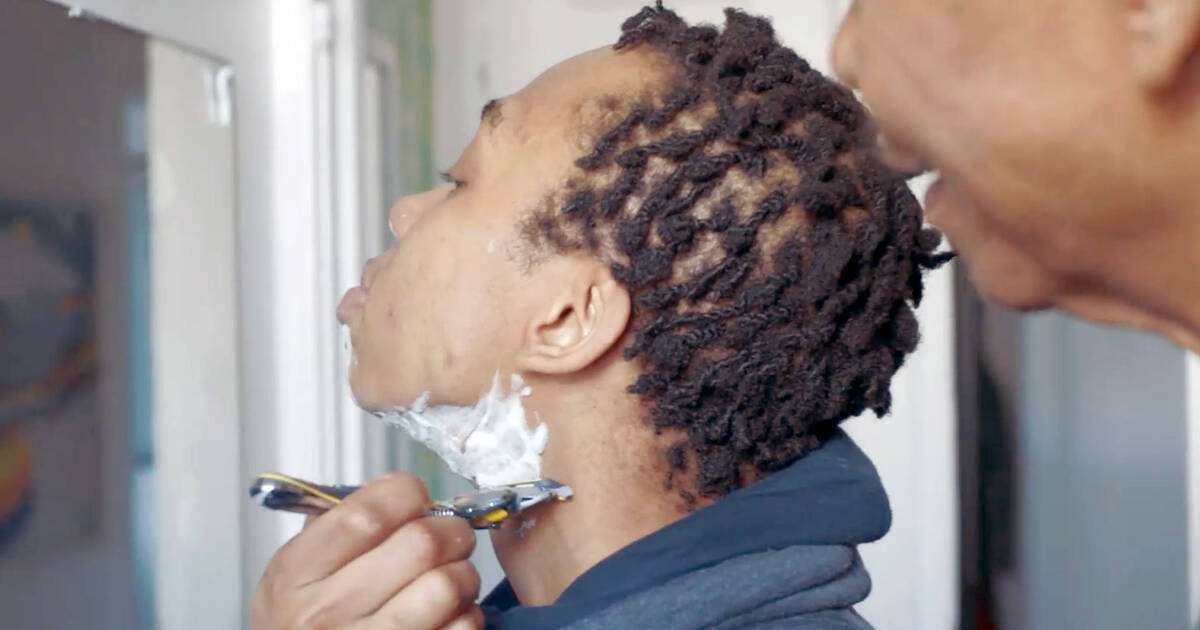 A transgender Torontonian is in Gillette's new viral ad.

In it, Samson Bonkeabantu Brown's father teaches him how to shave.

"South, south, north, north, east, west. Never in a hurry," Brown says as he practices shaving. His father stands over his shoulder as Brown grazes the blade slowly across his cheek. "Don’t be scared," his dad says.

He started taking testosterone in 2009 and his facial hair began growing in about a year ago. At first, he watched YouTube videos to teach himself how to shave and eventually resorted to going to a barber.

Brown used to watch his father shave, but was scared to ask him for a lesson.

"As a trans person, your family gets used to seeing you in a specific light, so it takes some time for people to adjust," Brown said.

When he told his father that he was going to change his name to Samson and start taking testosterone, his father responded, "Okay, I just have to get used to saying Samson. It might take me a little bit of time, but I'll get it."

When Brown applied to be in the Gillette ad, he wasn't sure if his father would agree to be in it. "I was just hoping to share the experience with my dad and also share it with other trans folks," he said. "There are places that we can feel loved and people who do love us and I wanted to share that."

This ad made me cry. The confidence you exude.That support from your Dad. The love. Simply beautiful!
❤💜💙💚🧡#Toronto #PrideMonth @bonke_abantu

Despite Brown’s positive involvement in the ad, he acknowledged that the video has received backlash. Some viewers have criticized Gillette for latching onto diversity as a mechanism to sell razors. When Brown applied to be in the commercial, they were looking to cast a trans man.

Earlier this year, Gillette was also criticized for engaging with social issues in their #MeToo ad, which promoted positive masculinity.

But, Brown clarified that this was not his experience. "The reality is a lot of these brands also have people like me as their staff, so it’s not a new thing for them to be inclusive," he said.

When the ad was published on Facebook, he didn't think that it would go viral. "The response has been overwhelming," he said

Even Ellen DeGeneres and Emmy nominated actress Laverne Cox have posted the video on Twitter.

Gillette, this is nothing short of incredible. https://t.co/jGS1962lh2

The ad now has over a million views and that number continues to climb.

by Hannah Alberga via blogTO
Posted by Arun Augustin at 8:40 AM