12 must-see concerts in Toronto this May 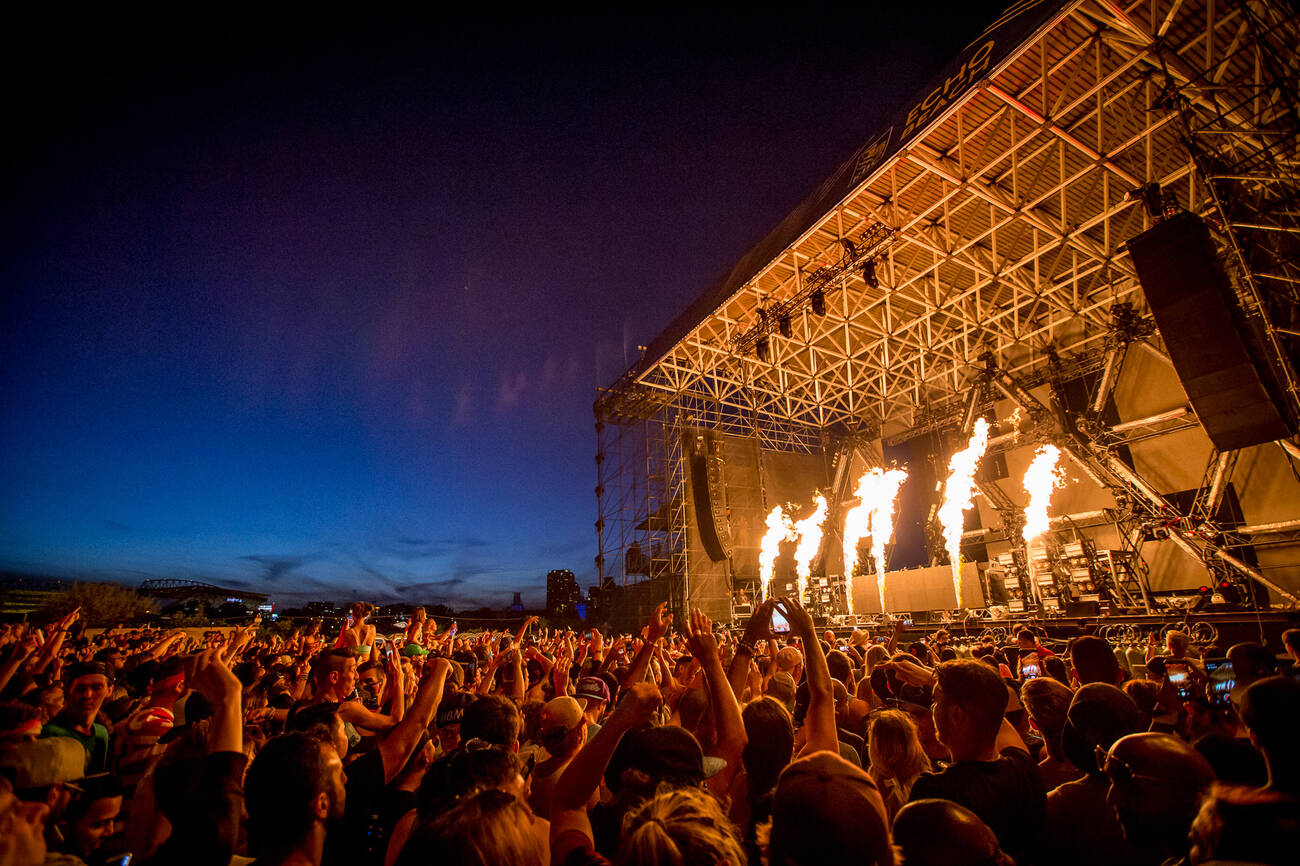 The must-see concerts in Toronto this May are all about experimental beats and female power. Festival fans, rev up for the return of Canadian Music Week, Electric Island and CBC Music Festival. There’s also Jorja Smith, HAIM, Panda Bear and more to look forward to.

Panda Bear (May 2 @ The Phoenix Concert Theatre)
After putting out his latest vinyl-only EP in January, Animal Collective’s sample-loving co-founder has hit the road solo, bringing fellow experimental AC member, Geologist, along for the ride.
Jorja Smith (May 5 @ The Opera House)
This UK singer-songwriter has Drake's stamp of approval, but even without high-profile fans it’s obvious why the soulful 20-year-old’s music is getting tons of attention. And why she’s already sold out two nights at the Opera House.
The Breeders (May 6 @ The Phoenix Concert Theatre)
A decade on from their last LP, The Breeders are finally back to doing cool alterna-rock things with their newly-released album, "All Nerve". Give it a listen when they arrive at The Phoenix.
HAIM (May 7 @ Massey Hall & Roy Thomson Hall)
California’s biggest sister act might still be recovering from opening for Beyonce at Coachella, but I'm confident they'll be at the top of their game for their show at Massey Hall. Especially when they have energetic rapper Lizzo in support.
Alice Glass and Zola Jesus (May 11 @ Mod Club)
I can't name all of the CMW picks here, but if you need one to see it should be Alice Glass and Zola Jesus. Jesus' emotional 2017 release, Okovi, has been expanded and was re-released in April.
Fever Ray (May 17 @ Rebel)
Almost nine years after her first solo outing as Fever Ray, Karin Dreijer took the persona out of storage for last year’s acclaimed electro adventure, "Plunge". She’s now taking Fever Ray on tour with a stop at REBEL.
War On Women (May 17 @ Hard Luck)
A hardcore crew from Baltimore, War On Women makes feminist punk that is crucial listening in today’s political climate. After being included in a major New York Times music feature, their profile seems poised to rise.
Frog Eyes (May 18 @ Handlebar)
While Death From Above 1979, Wolf Parade and many other acts from Canada’s thriving mid-00s indie rock days capitalize on reunion fever, this B.C. group is going the other way. After 17 years, this will be their last tour before disbanding.
Broken Social Scene and Portugal. The Man (May 24 @ Budweiser Stage)
Now it definitely feels like winter is over. Our city’s darling indie collective will launch Molson Amphitheatre’s summer concert series, accompanied by fellow breezy indie troupe Portugal. The Man, before heading out on tour.
Slayer (May 29 @ Budweiser stage)
The metal legends are calling it quits (I guess when your frontman starts posting implicitly pro-Trump Instas, it’s a sign that your time as progressive music icons is over). Their stacked farewell includes Lamb of God, Anthrax, Behemoth and Testament.
Khalid (May 30 @ RBC Echo Beach)
The rising R&B star has alluded that more good things are on their way with a brand new track. In honour of his recently adopted dog, he's emBARKing (sorry!) on “The Roxy Tour” where a portion of the ticket proceeds will be donated to local animal shelters.
For Esmé (May 31 @ The Drake Underground)
This locally grown electro-pop group has been around a while, but their upcoming LP, Righteous Woman, promises to be their most intriguing yet, bringing feminism and empowerment to the fore.

by Shazia Khan via blogTO
Posted by Arun Augustin at 7:15 AM