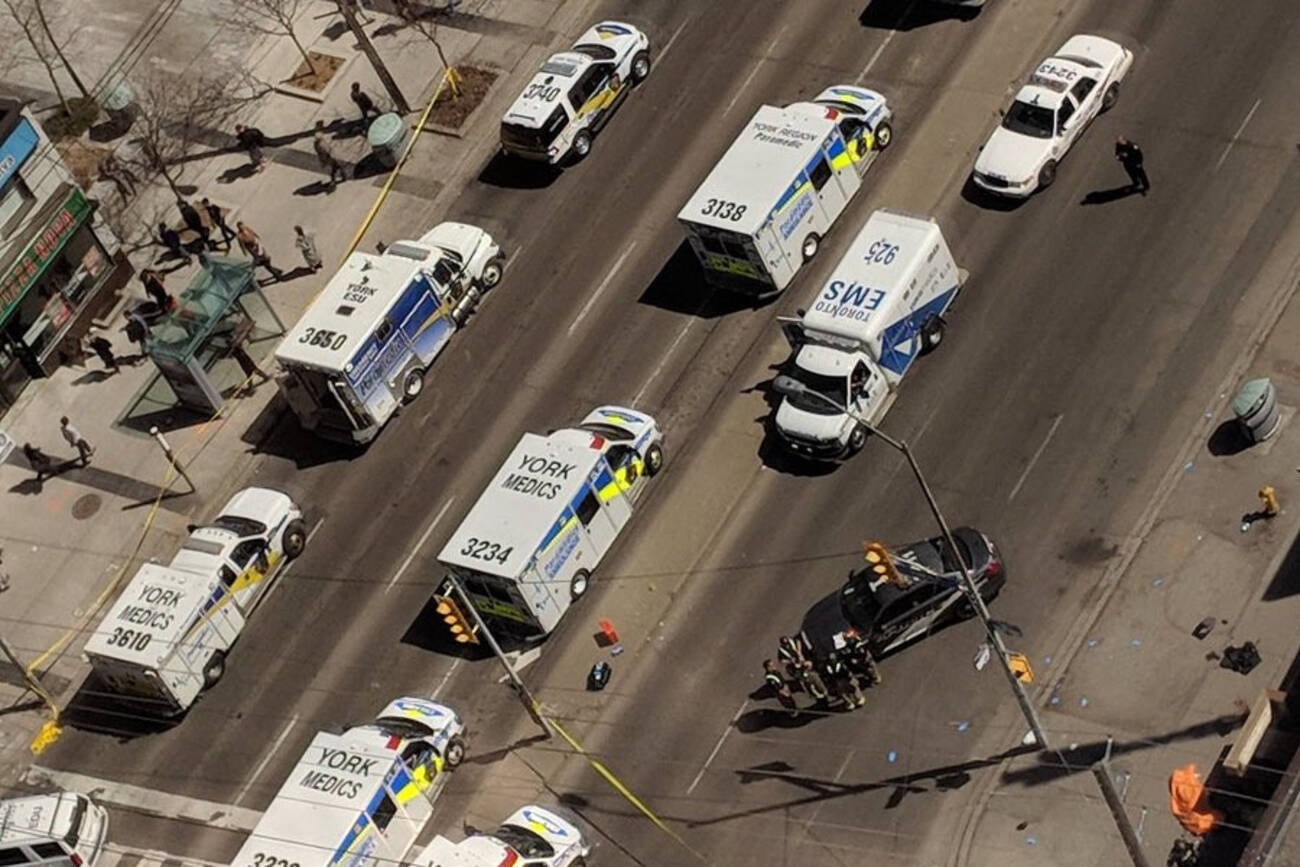 Police are now starting to release details about the horrific incident that saw a van plow into and kill multiple pedestrians in Toronto on Monday afternoon — and the death toll is much higher than original estimates suggested.

Acting Toronto Police Chief Pete Yuen has confirmed that at least nine people are dead and 16 more injured as a result of today's events.

"At approximately 1:30 this afternoon, Toronto Police received a number of calls from citizens indicating that a vehicle was driving on Yonge Street and striking a number of pedestrians between Finch Avenue and Sheppard Avenue," he told reporters in a media briefing at Earl Haig Secondary School.

"We can confirm for you tonight, right now, we have nine people that are dead, 16 that are injured."

At least nine people killed and 16 injured in Toronto after a van drives into pedestrians on a busy street, officials say https://t.co/a54udTXv4L pic.twitter.com/2C3T2JCfdi

Both Yuen and Toronto Mayor John Tory offered their condolences to victims' families and all those affected by the tragedy.

Tory also urged members of the public to stay away from Yonge and Finch, even if they live or work nearby, so that police can do their jobs.

"We are asking that all of the businesses and office buildings where people work during the day, that people would, in an orderly fashion, close those businesses for the remainder of the day and ask people to go home," said Tory.

"It is likely that there will be several days of disruption going on because there's a major investigation," he continued. "I hope people will be considerate of that."

Investigators are appealing for information from the public. A hotline for witnesses to the incident will be announced later today. A separate hotline for family members will also be made available. ^js

Sunnybrook Hospital officials are similarly asking people to stay away, as the emergency room remains in lockdown.

"The circumstances certainly are unprecedented," said the hospital's Medical Officer, Dr. Dan Cass, this afternoon, noting that they are still in the process of identifying victims.

"I think it's a situation that we all prepare for as a regional trauma centre," he said. "Fortunately our teams are prepared and were able to act."

Members of the public who may be concerned that their loved ones were involved in this incident can contact Sunnybrook's Family Information and Support Centre at 416-480-4940 for details.

by Lauren O'Neil via blogTO
Posted by Arun Augustin at 3:31 PM