Space under the Gardiner Expressway is transforming for summer 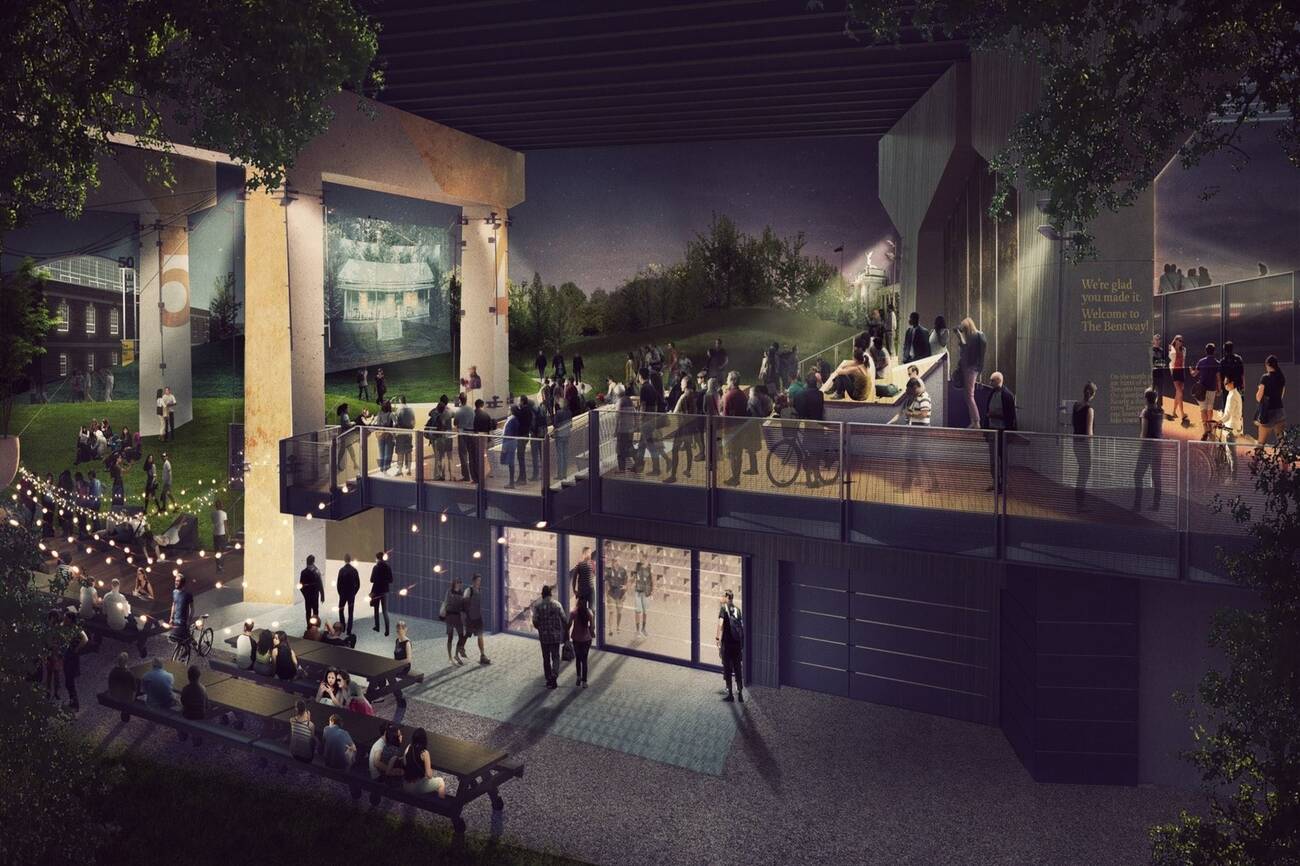 This summer, a section of the transformed underbelly of the Gardiner Expressway is slated to open for warm-weather use.

Programming is supposed to begin on June 8th, with The Bentway Summer Bash.

Newly-released photos from The Bentway show the implementation of a wayfinding system using city numbers traditionally assigned for repair purposes.

#DYK: The bents underneath the Gardiner have city-assigned numbers used for repair purposes? We reinterpreted & integrated these into our way-finding system.

Last year it was announced that, in the spring, the section of The Bentway that stretches to Strachan Avenue would open with a new building and outdoor stage with amphitheatre-like seating.

While numerous distinct spaces exist along The Bentway, the plan is to link them using a pedestrian path and implement roaming performances or workshops.

Sustainability is a top priority for the space: pavement systems are made of recycled materials and the garbage and recycle bins are made from 97 per cent recycled milk jugs.

At The Bentway, we love reimagining how we see and use the things around us. #DYK: Our garbage and recycle bins are made from 97% recycled milk jugs? Thanks to @CleanRiverPR for making this possible! ♻️ #Green #Sustainability pic.twitter.com/cH3WnmnWsJ

Coming this Friday as a part of Scotiabank's CONTACT Festival, Vancouver-based artist Dana Claxton (Lakota Sioux) exhibits her installation, A Forest of Canoes, at The Bentway.

Earlier this month a call for proposals for the 2018 Community Incubation Program went out, asking interested parties to submit their ideas for what kind of programming they'd like to see happen at The Bentway during the summer months.

The space was made possible by a  $25 million private family donation. The end goal is to completely transform the 1.75 kilometre stretch under the Gardiner into a "vibrant gathering place".