Van attacks pedestrians near Yonge and Finch in Toronto 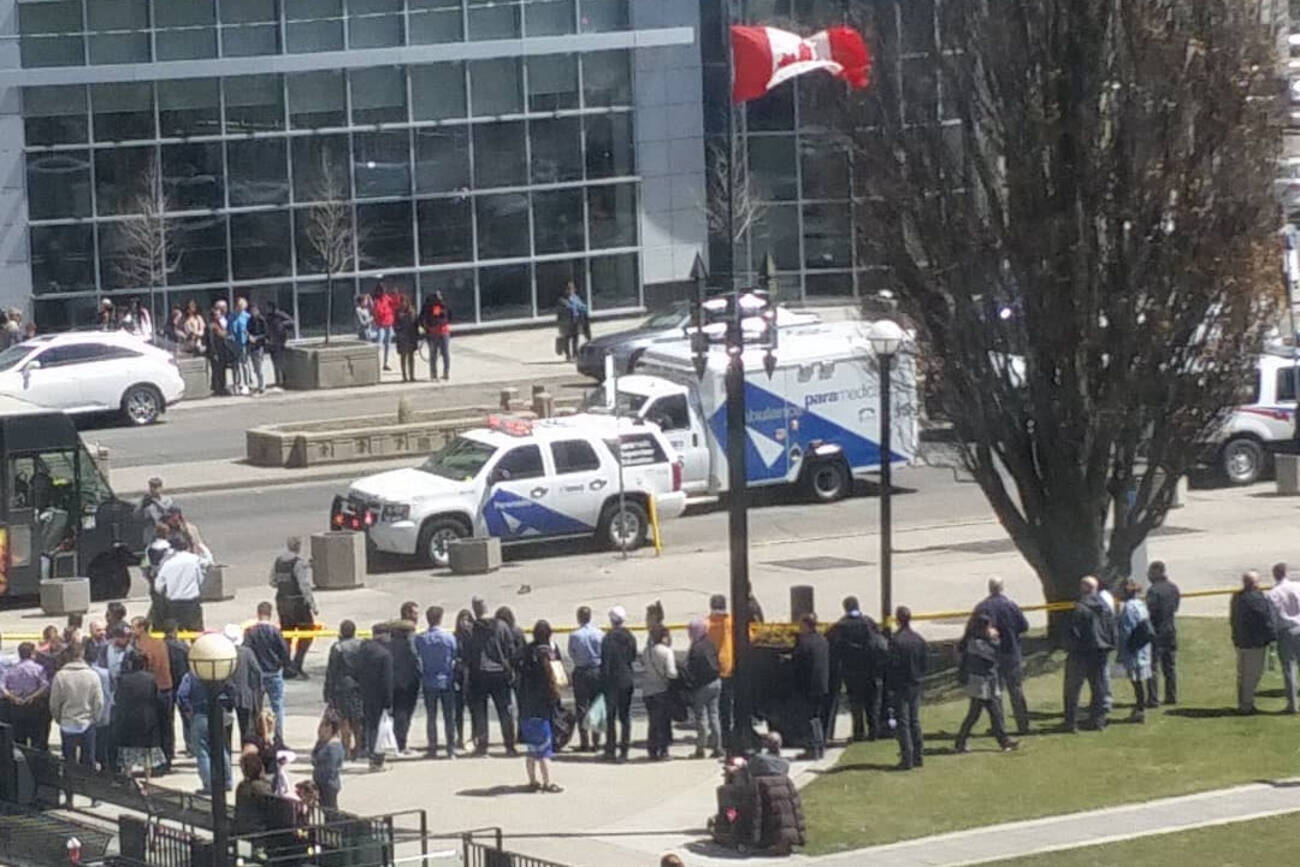 At least two people are dead and up to eight more injured after a white rental van drove into a group of pedestrians south of Yonge Street and Finch Avenue, near Mel Lastman Square in Toronto.

Police have confirmed that a vehicle plowed into a crowd of people around 1:30 p.m on Monday afternoon.

The vehicle's driver is now in police custody, though no motive is known at this time.

Footage from the aftermath scene shows a Ryder rental van with a missing front bumper and severe damage to the front.

The driver attempted to flee the scene shortly after the collision, according to police, but was apprehended near Yonge and Sheppard.

Police say it is still too early to confirm the number of pedestrians struck or the extent of their injuries.

The TTC has suspended Line 1 subway service between Sheppard and Finch stations, while police have closed off the southbound lanes of Yonge Street at Finch as part of their investigation.

People are being urged to avoid the area.

by Lauren O'Neil via blogTO
Posted by Arun Augustin at 12:06 PM