Toronto construction sites are getting an artistic makeover 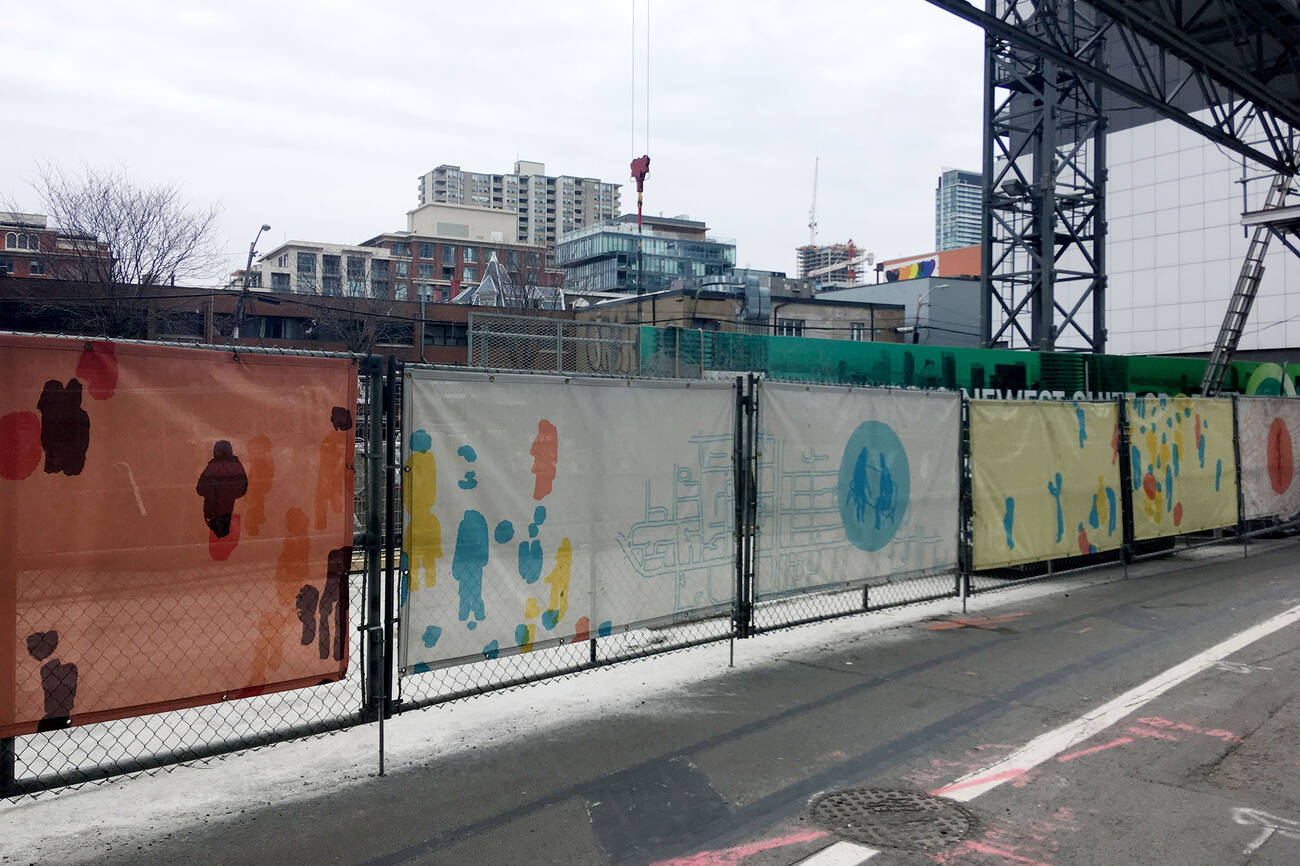 Toronto has two seasons: winter and construction, but what was once only seen as an eyesore is now being transformed into a work of art.

Started in 2014, The PATCH Project is a business, run by public arts charity The STEPS Initiative, that has so far put temporary art installations on dozens of construction sites around the city.

A grey wall or a chain-link fence concealing construction is turned into something for everyone to enjoy.

There's actually a Toronto bylaw that says if a construction site is on the public right of way, 50 per cent of the surface area of the hoarding from the construction site (the grey walls, chains) must be used for community art.

My @ThePatchProject installation is going up! pic.twitter.com/fQs0TolxAC

"We felt we were well positioned to make it easy for developers and artists to connect," said Alexis Kane Speer, the executive director for The PATCH Project.

Kane Speer said it can be difficult for artists to break into public art without prior experience, so PATCH creates an avenue for those artists to create in the public realm.

Next time ur biking on Richmond, checkout this v lovely installation at the 330 Richmond construction site ☺️ @ericabrisson @joe_cressy pic.twitter.com/u6xVPf1Whs

PATCH works by connecting developers and artists by offering paid opportunities for collaborating artists, paid for by the developer of the construction site.

"It's up to developer to identify what direction they want to go in," said Kane Speer. 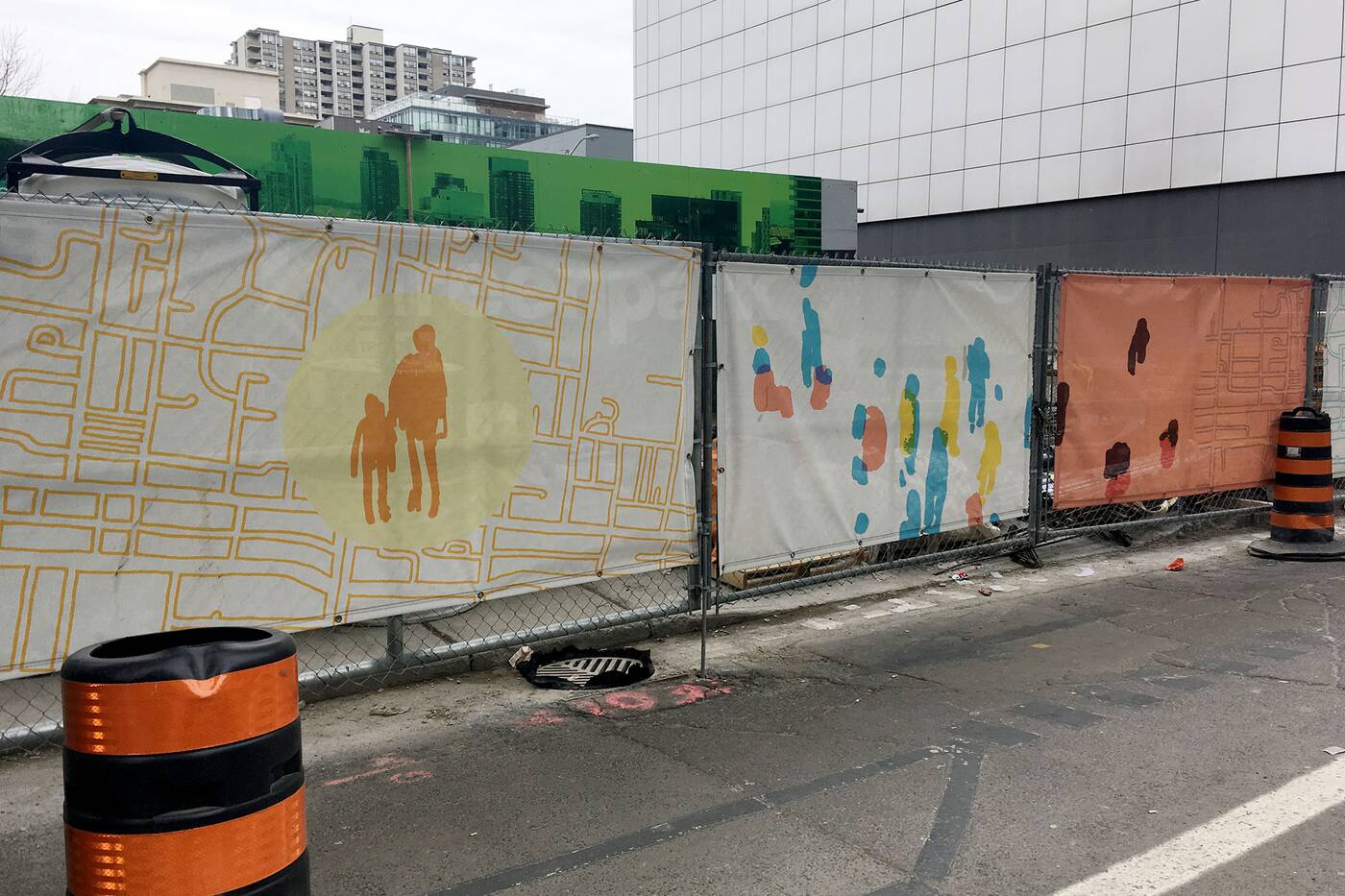 This construction site near Richmond and Peter Streets showcases the work of artist Erica Brisson. Photo by blogTO.

Kane Speer said that it's important to PATCH that people know about the bylaw that requires construction sites to exhibit art.

"We’ve seen construction sites come up and come down and no artwork be exhibited," said Kane Speer. "The more people that do know [about the bylaw] the more impactful the exhibits are going to be."