Look who just visited the Justin Bieber exhibit near Toronto 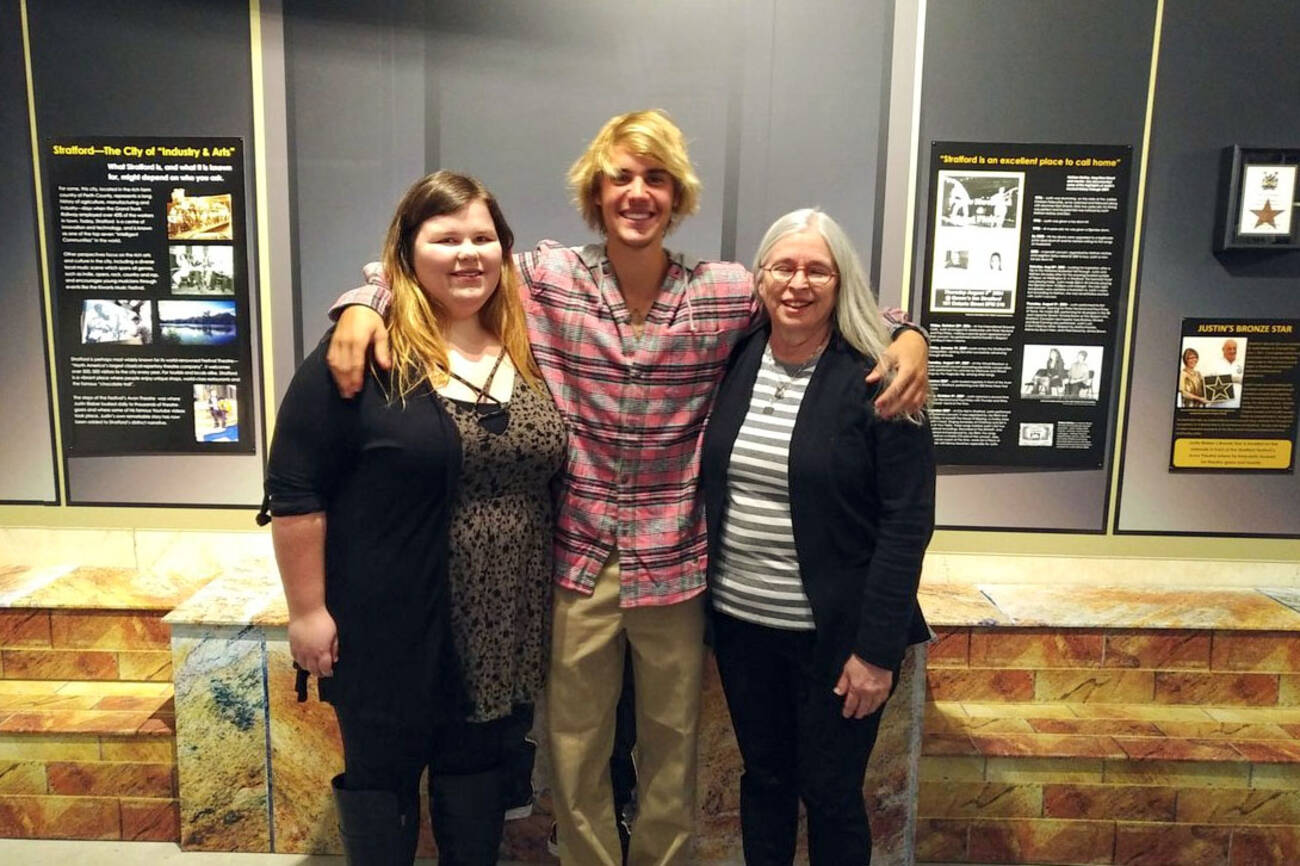 Canada's second most famous Justin gave fans the experience of a lifetime this afternoon by randomly showing up to a museum exhibit about himself in Stratford, Ontario.

Bieber walked into the Stratford Perth Museum around noon with his grandparents, who still live in the superstar's hometown and are known to frequent the exhibit, according to the Canadian Press.

"Reception called and said, 'Justin's grandparents are here and they have somebody with them'," said the museum's general manager, John Kastner, "and I went downstairs and there was Justin Bieber."

You never know who is going to drop into the @StratPerthMuse to see the Justin Bieber exhibit Steps to Stardom!! @StratfordON @stratfest @justinbieber #stepstostardom Thanks for the visit!! pic.twitter.com/XKvKJA4Ow4

Only a few patrons were in the museum at the time of Bieber's visit, according to Kastner, but the singer would have been greeted by about 200 students if he'd arrived just one hour earlier.

If online reaction to the photos from his visit is any indication, they would have mobbed the star and shared many thoughts about his grown-out blonde buzzcut.

Steps to Stardom, which opened in February, has been billed as a retrospective look at Bieber's years growing up in Stratford — before he was a Grammy Award-winning pop sensation and such.

Another photo of Justin Bieber visiting the “Steps To Stardom” exhibit at the Stratford Perth Museum earlier today. (April 27) pic.twitter.com/IcK8SvTQmF

Bieber is said to have been stoked to see a drum set he used to play as a child busker, as well as an old hockey bag and other mementos.

"He kept saying how fantastic it was, how much he appreciated us doing it, what a great job we did," said Kastner to CP.

by Lauren O'Neil via blogTO
Posted by Arun Augustin at 4:04 PM