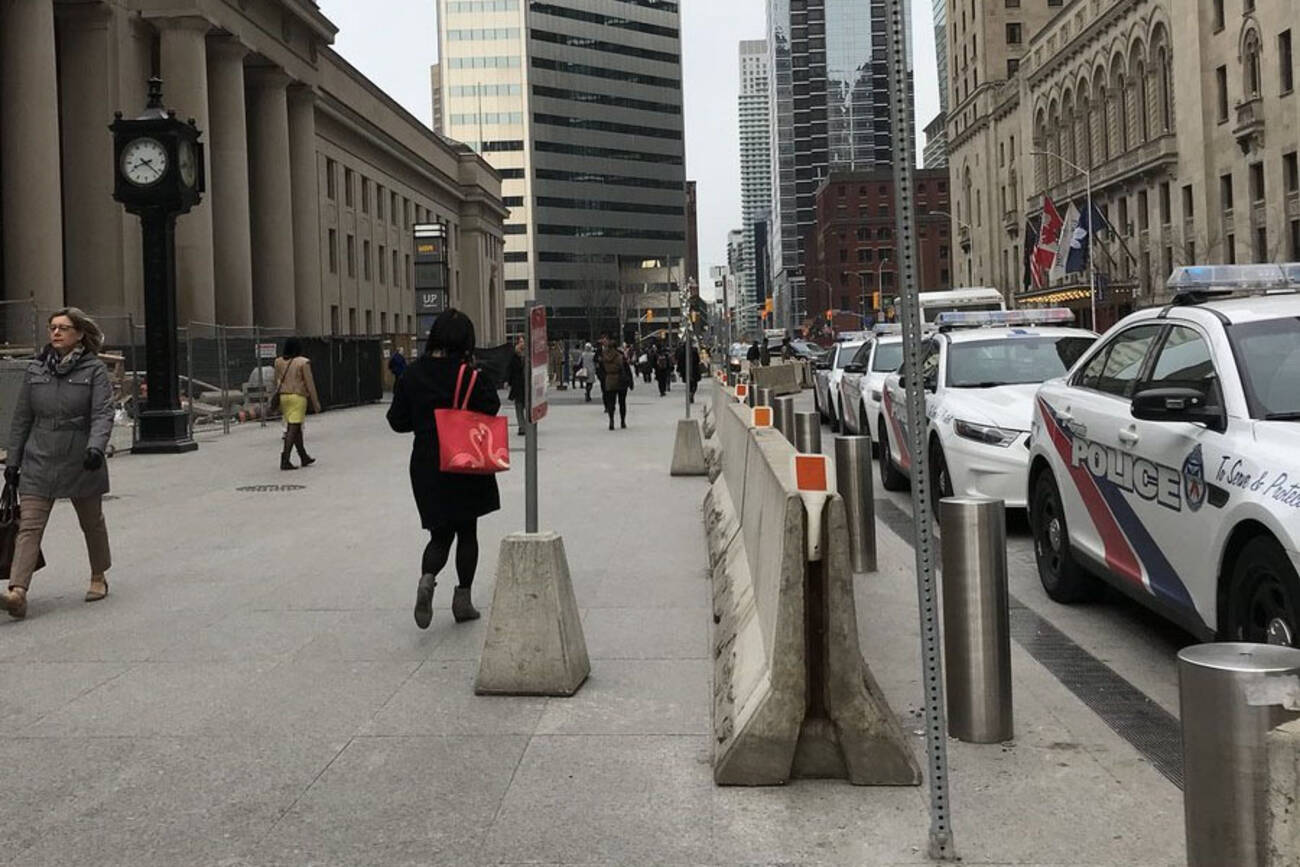 Concrete barriers had been erected around the city's bustling central transit station Union Station as of Tuesday morning, where Toronto police and GO Transit Safety officers were also stationed.

"Heads up if you're travelling around Union Station," wrote Metrolinx spokesperson Anne Marie Aikins on Twitter today. "There are now barriers for protection which need a little navigation."

Heads up if you’re travelling around @unionstationTO. There are now barriers for protection which need a little navigation. Any questions about safety or concerns pls seek out @GOTransitSSD who are around along with @TPSOperations pic.twitter.com/R7rXCVddIn

Canadas's Public Safety Minister Ralph Goodale said that Monday's events do not appear to be part of any larger plot, or pose a threat to national security.

Still, police in Toronto started increasing security around some of the city's most popular pedestrian gathering spaces almost immediately following the attack.

Several streets were closed off last night around the Air Canada Centre during the Toronto Maple Leafs-Boston Bruins NHL playoff game, and new concrete barriers were dropped off outside the Rogers Centre this morning.

New bunch of concrete barriers have been dropped off on the north side of the Rogers Centre. pic.twitter.com/iGzyfhGdnv

Police had already announced earlier this season that some roads around the Rogers Centre would be blocked off during Blue Jays games, all summer long, to protect vulnerable pedestrians.

Noble as those intentions may be, former CSIS agent Phil Gurski told CityNews on Tuesday that it's "almost impossible" to protect people from the type of vehicular attack we saw in Toronto on Monday.

"How many intersections are there in Toronto? You can’t block it all off," he said in an interview. "You don’t want to live in a police state. You can't block every street off."

by Lauren O'Neil via blogTO
Posted by Arun Augustin at 10:20 AM