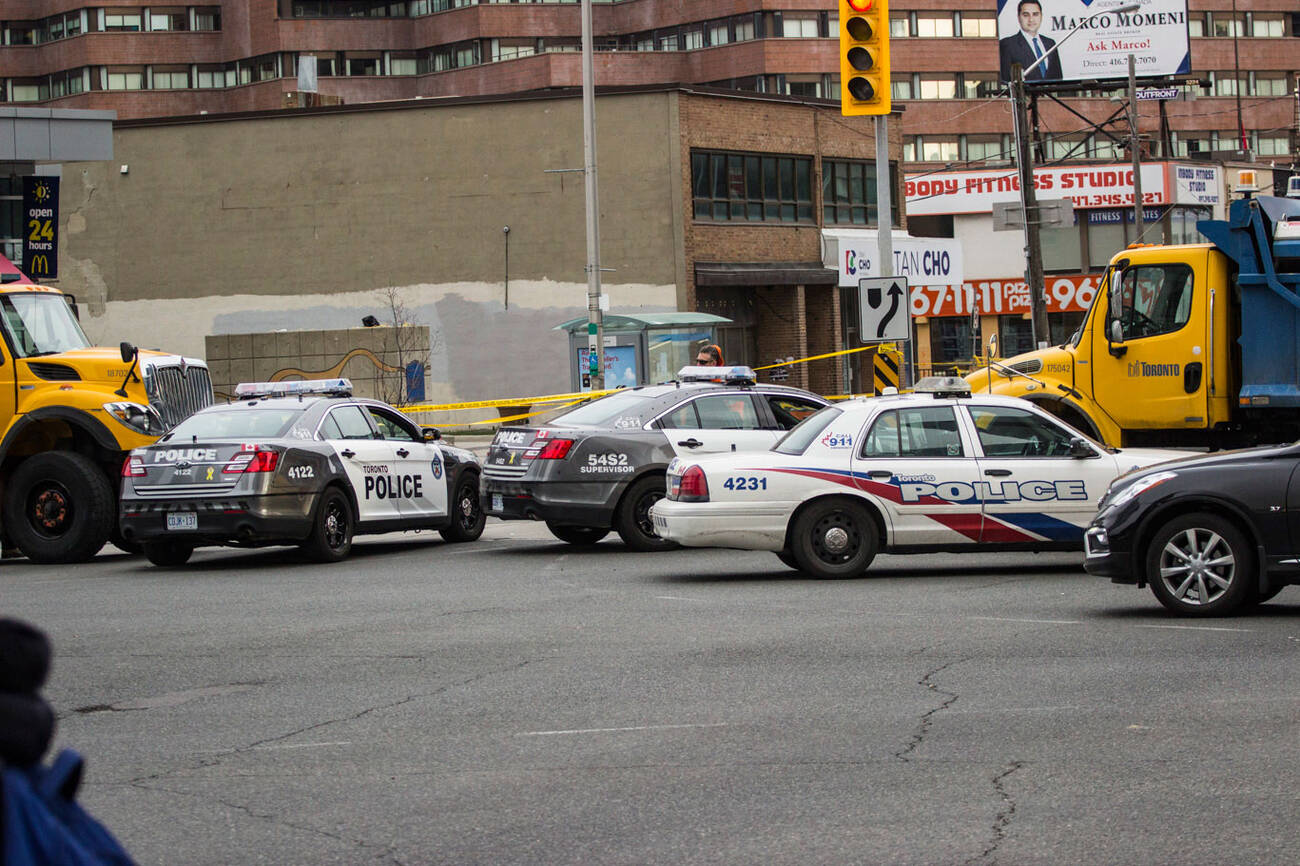 It didn't take long for Ken Lam, the Toronto police constable responsible for apprehending the suspect in yesterday's van attack, to be hailed as a hero for his handling of the intense situation.

Footage from yesterday showed just how calm Lam was during the high-stress moment when the suspect - now identified as Alek Minassian - appeared to be pointing something at him.

This is the video captured of @TorontoPolice arresting the suspect in the van attack in #Toronto. The restraint showed by the officer is drawing wide praise https://t.co/RPx3JXdN1T pic.twitter.com/du68Huzavu

Minassian was heard yelling "I have a gun in my pocket!" and was seen pointing something, what is now being identified as a cell phone, at Lam during the standoff.

Lam responded by approaching Minassian, who turned around, lifted his arms and allowed Lam to arrest him.

👮‍♀️ Constable Ken Lam God Bless you and Keep you and your fellow officers from the Toronto Police Force. Yesterday’s hero of an incredibly tragic and senseless act. #TorontoStrong

People from all over are hailing Lam as a hero and thanking him for his successful diffusion of the situation.

Thank you to @TorontoPolice Constable Ken Lam for your amazing work. You showed great restraint when yourself could have been in great danger. You are a shining example of heroic police work. Well done.

Not long after the incident took place, praise for the many first responders on the scene flooded social media.

Dear @TorontoPolice Constable Ken Lam, thank you for your actions yesterday. You have more courage than most people I know. You should be teaching this technique to the other cops across the country, especially in Newfoundland. I'd say your promotion is imminent. 👍🏻

Lam stood out for apprehending the suspect and ending the ordeal in a calm and non-violent manner.

Do we give medals out to the police here? Because if we don't we need to.. Police Constable Ken Lam confronted, apprehended & arrested the van driver who injured & killed so many in Toronto yesterday. Bravo! "Just doing his job" with no shots fired. #TorontoStrong 🥇🚓🇨🇦

Fellow officers and law enforcement experts are also praising Lam, while the officer has reportedly said he was just doing his job.

by Lisa Power via blogTO
Posted by Arun Augustin at 11:45 AM