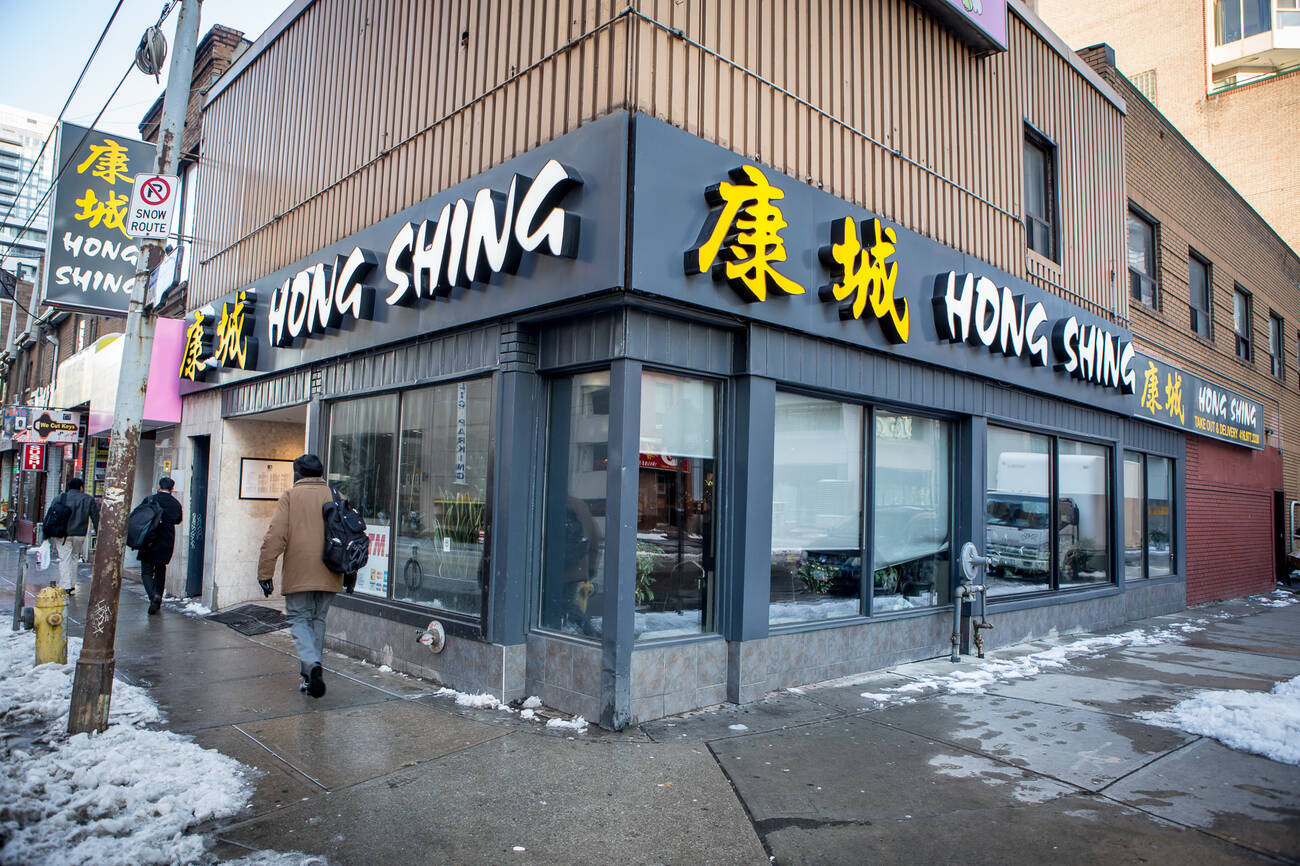 A popular Chinese restaurant in downtown Toronto has been ordered to pay $10,000 in fines after being found guilty of racial discrimination against four black patrons.

Hong Shing, a popular late-night haunt for students and clubgoers, was first accused of anti-black racism in 2014 after a server told some eat-in customers to pay for their food in advance.

One of those customers, Emile Wickham, filed a human rights complaint after learning that nobody else in the restaurant had been subject to the same conditions — only he and his friends, the only black people in Hong Shing at the time.

"Despite making the payment for the food, the applicant was not comfortable with having to pre-pay for his meal," reads a recent Human Rights Tribunal of Ontario ruling. "He stated that it did not sit well with him."

“Before the camera on the cellphone became a popular thing...all we had was our word,” he said. “And us calling out how we were treated, our word wasn’t good enough, right?” The sad reality that many POC's in North America have had to deal with.https://t.co/AqfomD6E5U

Wickham, now 31, asked the server why his friends needed to pay in advance, as other customers he'd spoken to (all caucasian, east Asian or mixed race) did not.

"The waiter acceded to the fact that they were the only ones who had been asked to pre-pay for their meals," reads the human rights tribunal ruling. "Rather than offer any explanation for the pre-payment he simply asked them whether they wanted their money back."

Servers and managers at the restaurant were described as being "very defensive" and "dismissive" of Wickham's claims at the time.

The restaurant later explained in a written statement that it was following a policy meant to deal with "transient persons" who might pose a risk to security.

Antiblackness is real and it's here. So before we congratulate ourselves for being so tolerant and racially diverse, Toronto should wake up and look at how black people are treated here at home.

This is at a local Chinese restaurant. Imagine what it's like in criminal justice... https://t.co/Haf31OH7Cr

"In essence, the applicant was presumed to be a potential thief in waiting despite any evidence to that effect," wrote Ontario Human Rights Tribunal adjudicator Esi Codjoe in her decision regarding the case earlier this month.

"His mere presence as a black man in a restaurant was presumed to be sufficient evidence of his presumed propensity to engage in criminal behaviour," she continued.

"At its core racial profiling is a form of short hand that enables the perpetrator of the behaviour to assume certain facts, and ignore others."

Sad! I'm a regular at Hong Shing since the usual places have come and gone. Spadina Garden, Lee... Gonna think about this before I go back.

Codjoe ordered Hong Shing to pay $10,000 to Wickham — with interest dating back to 2014 — as compensation for in infringing upon his human rights.

The restaurant must also put up an Ontario Human Rights Commission Code card where it can be prominently seen by customers and staff.

Hong Shing, for its part, has issued a statement in which it says "the tribunal outcome is under appeal by legal representatives."

This issue, from four years ago when we were under different management is deeply concerning and is under legal appeal.(Please see attached statement)
Our commitment to our community is strong and we offer assurance that all our customers are appreciated and treated respectfully pic.twitter.com/2t14EKpkhv

The restaurant's owners claim that it was under different management at the time of the incident, and that they are deeply concerned about the situation and people affected.

"It it our hope that the issue can be resolved in a way that is respectful to all involved," reads the statement, "and we can continue our focus to bring people together over great food."

by Lauren O'Neil via blogTO
Posted by Arun Augustin at 11:41 AM