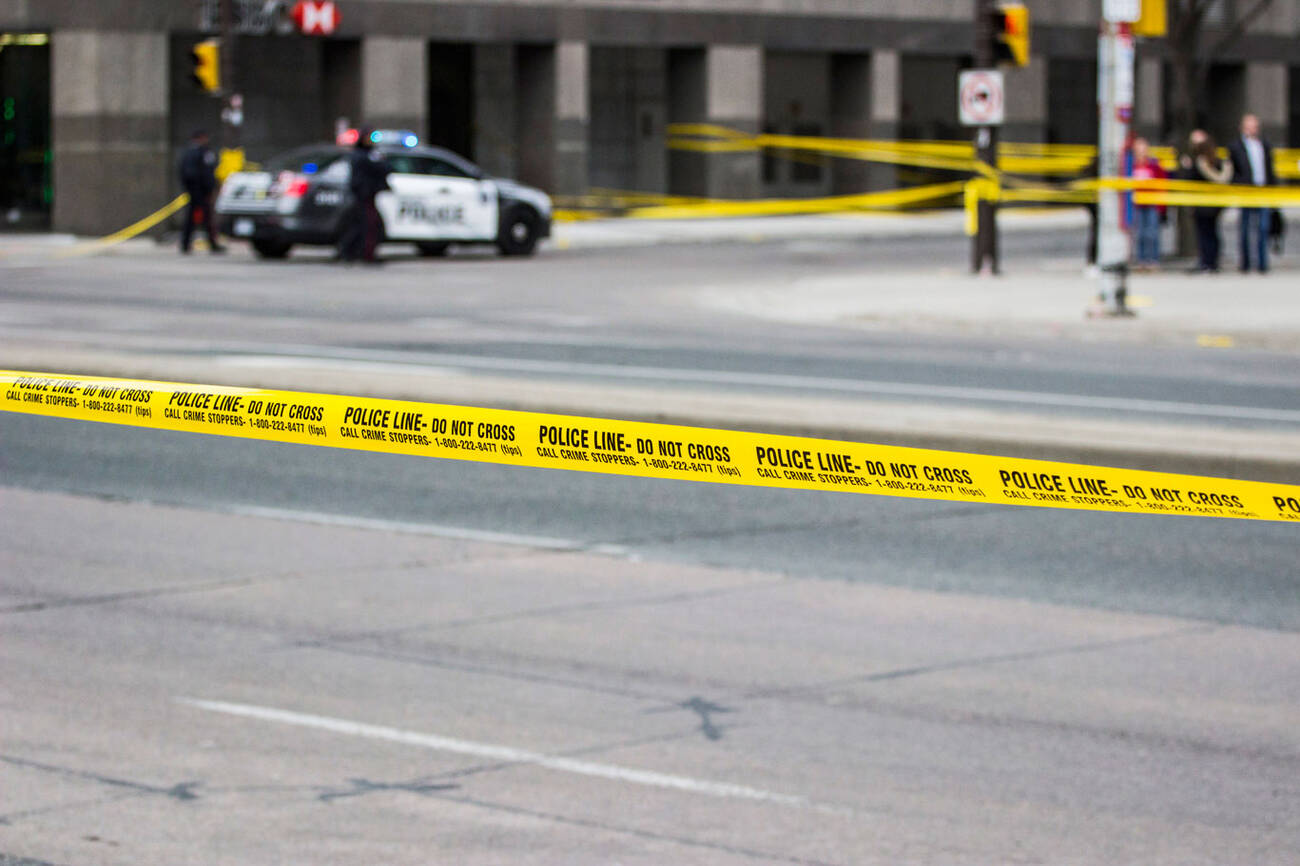 Not long after news of yesterday's van attack in Toronto broke, a memorial was set up near the scene to pay respect to victims of the tragedy.

The make-shift memorial, made of poster boards taped to a brick wall, appeared last night in nearby Olive Square.

Late this afternoon, a Toronto man stuck several white boards to this brick wall on Yonge St. By the time I left the area, they were covered with well wishes #TorontoStrong pic.twitter.com/T1M5syvDL8

The poster boards, apparently posted by a Toronto man, quickly began to grow with words from well-wishers and people paying respect to those who were killed or injured in the incident.

Images from a memorial where dozens are gathering and lighting candle for the victims at Yonge and Finch #toronto pic.twitter.com/iYEZmbJPUF

Messages of support and sympathy began filling the boards and many more posters were added along the brick wall.

Just across the street from all the carnage, a memorial starts to grow. People are lighting candles and writing messages for today’s victims & their families. Some cannot contain their grief. @CityNews @BTtoronto pic.twitter.com/Nfp37gQuty

It wasn't long before the memorial grew to include Post-it notes, signs, candles and flowers.

A memorial is growing at Olive Square located right at Yonge & Finch this evening as people leave heartfelt messages of condolences to the victims. Notes left are written in all different languages. #TorontoStrong #TorontoAttack pic.twitter.com/UWc3J580BF

Many of the messages were written in different languages; a testament to the multicultural make-up of the neighbourhood and city at large.

Dozens of Muslims are at the site of the horrible tragedy that occurred at #YongeAndFinch, ahead of hundreds more that will be present tomorrow to pray for the victims and their families, and stand in solidarity with all Canadians #TorontoAttack #TorontoStrong #PrayersForToronto pic.twitter.com/sRJVAcUfNw

A father brings his young daughter to the memorial for the victims of the van attack in #Toronto. She placed heart-shaped stickers among the handwritten messages of support. pic.twitter.com/8vm04RWPwX

Suspect Alek Minassian appeared in court this morning and has been charged with ten counts of first-degree murder and 13 counts of attempted murder.

by Lisa Power via blogTO
Posted by Arun Augustin at 8:30 AM