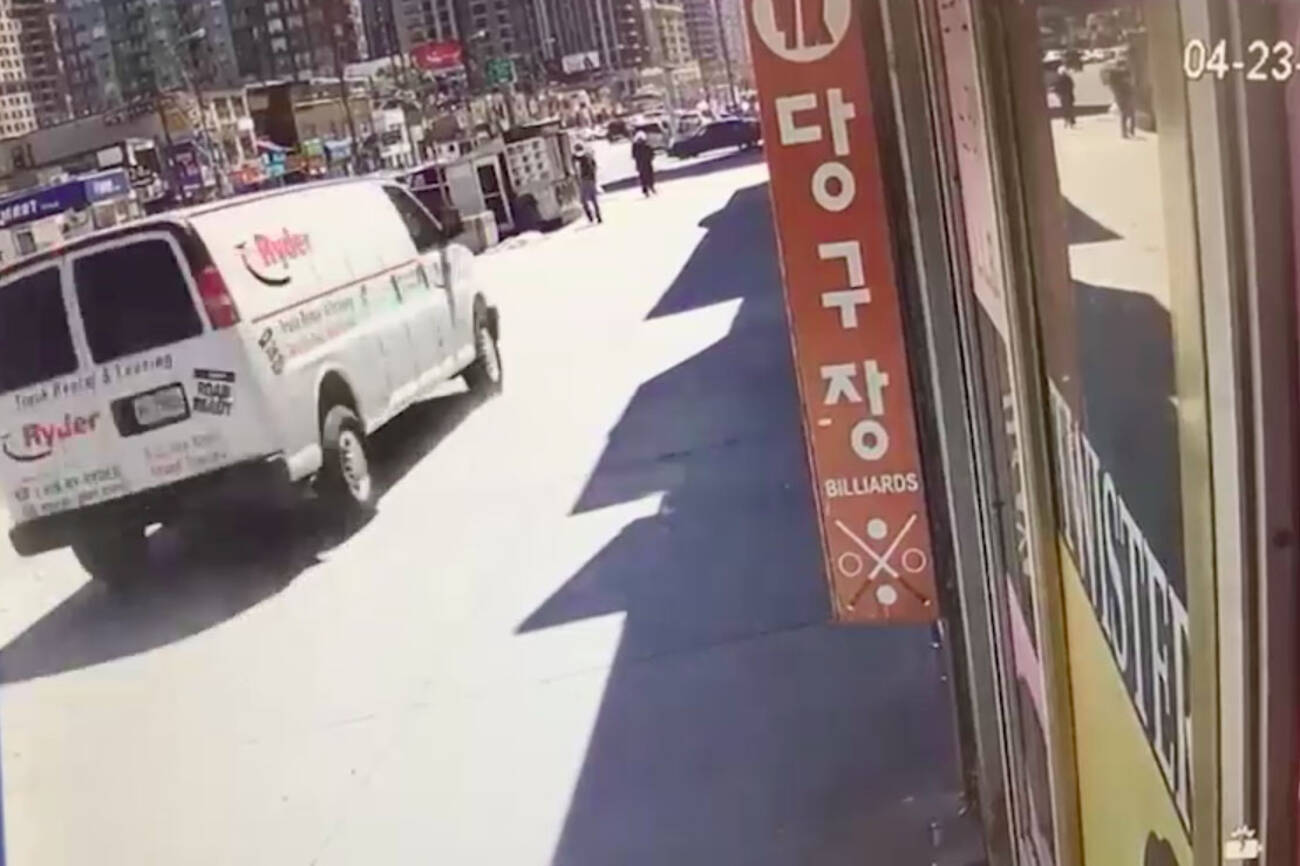 How much is too much information when it comes to a national tragedy? Where do we draw the line? The answer varies across the board, until it doesn't anymore.

Security camera footage from a store near Yonge and Finch is proving unwelcome to many in Toronto right now as the city recovers from a deadly van attack that killed 10 people and injured 15 others.

The video in question, published by Global News on Thursday afternoon, shows suspect Alek Menassian's white Ryder rental van speeding down the sidewalk along Yonge Street at 1:24 p.m. on Monday.

Two people walking toward the van spot it from a distance and jump to the side. Another person narrowly escapes being run over by diving toward the street.

Then, what appears to be elderly woman is seen walking slowly in the same direction as the van, unaware that it is speeding up right behind her.

After the woman is hit, a blurred out spot appears over where she was standing, presumably to cover her dead or dying body.

SHAME ON YOU GLOBAL...NONONE NEEDS TO SEE THIS OR DRAMATIZE WHAT HAPPENED. WHAT IF IT WAS YOUR MOTHER, SON, DAUGHTER OR FATHER GETTING KILLED. HAVE SOME MORAL STANDARD.

Dozens of people weighed in immediately on Twitter to voice their concerns over the video being made public.

"Why does this video need to been released to the public?" wrote another. "As if the mental image wasn't enough, now you can actually watch people being killed!"

Coincidentally (or maybe not,) Victim Services Toronto issued a statement on Thursday encouraging social media users to refrain from posting footage from the scene.

"An important reminder for everyone on social media," wrote the agency. "Images of the scene can be very triggering & harmful for the individuals affected."

"In order to support all individuals affected by the Yonge and Finch tragedy we kindly ask that you do not share/post any images from the event."

Toronto Police similarly asked journalists on Wednesday night to back off when it comes to seeking out victims' families.

"Yonge Street Tragedy - The family of one of the victims in the Yonge Street tragedy reports some media are harassing the family," reads the notice. "Toronto Police request that all media respect the privacy of those involved."