TTC finally did something to stop cars from entering streetcar tunnel 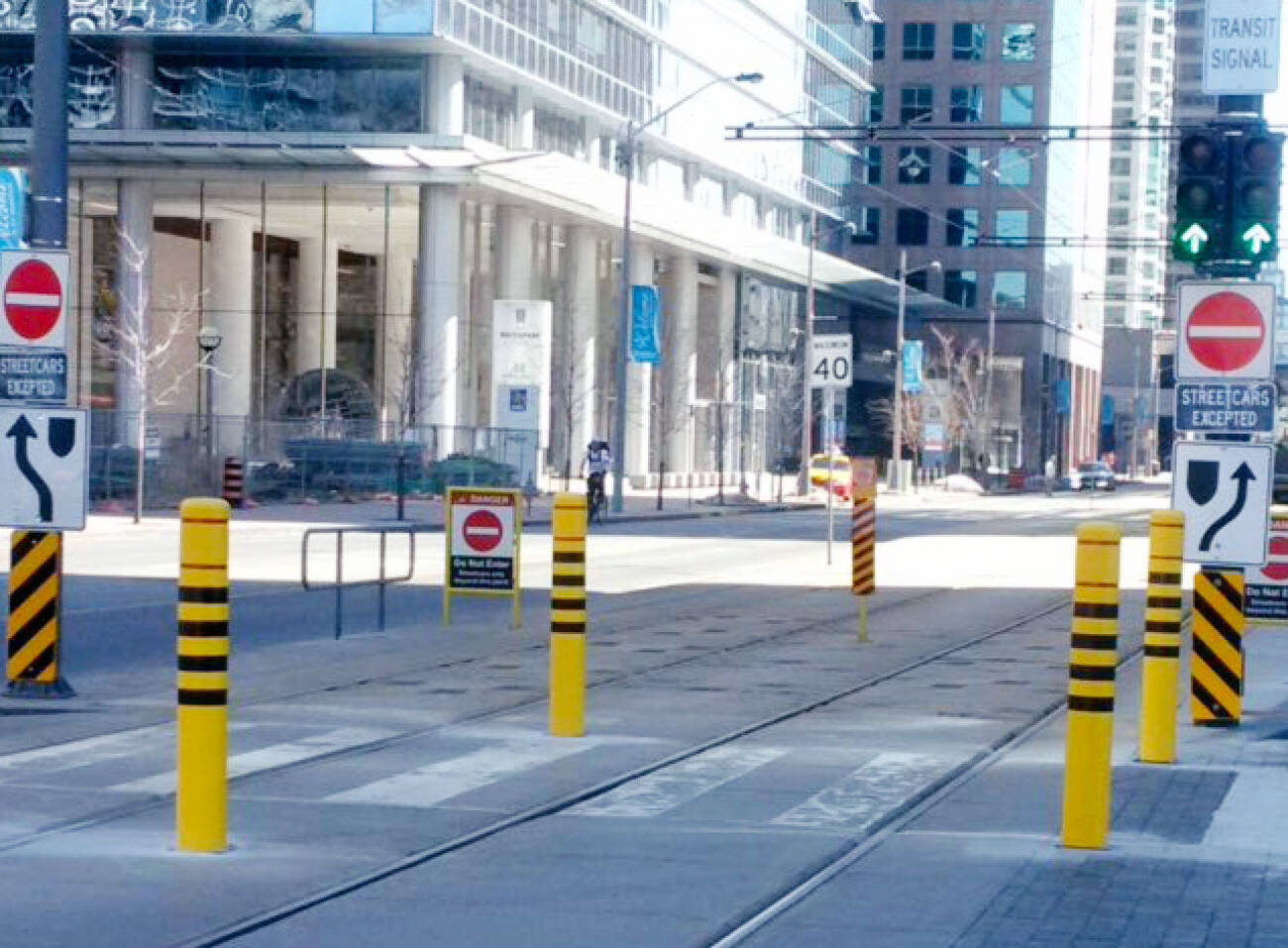 The Queens Quay streetcar tunnel has officially proven too alluring for drivers in Toronto to handle.

TTC spokesperson Brad Ross announced over the weekend that, in addition to the numerous signs, rumble strips and flashing lights that already exist around its entrance, Toronto's most-popular car destroyer would soon have a lift gate installed.

"Enough," wrote Ross last month after another automobile got stuck inside the Ferry Docks terminal at Queen's Quay West and Bay Street — the 26th to be rescued by fire officials after doing so in just four years.

"Despite bollards, signs, rumble strips, flashing lights and raised track, some still manage to drive their cars down the Queens Quay streetcar portal, though mostly on weekends and in the middle of the night," he wrote at the time. "The TTC will now be installing a gate mechanism."

Because raised rails aren’t enough to say “you shouldn’t be here. Stop. Back out.” Drivers are continuing a lengthy distance down the tunnel, where it’s well lit & clearly NOT roadway (to the sober).Next up, revised budget to repair gates that drunk drivers have run down. pic.twitter.com/FzmJEddpOk

That life gate is set to be installed "in the coming weeks," according to Ross, in the hopes that it will physically block off access to the tunnel's entrance for non-TTC vehicles.

In the meantime, more of those thick black and yellow traffic poles (bollards, as they're properly called) were put in place at York and Queen's Quay over the weekend.

Additional bollards were installed this weekend at York and Queen’s Quay to make it that much more obvious that the streetcar tracks are a no-go zone for autos. A lift gate closer to the tunnel will be installed in the coming weeks. pic.twitter.com/QXAktpIiNY

Ross hopes that these bollards will "make it that much more obvious that the streetcar tracks are a no-go zone for autos."

I was there when they were installing them and kid you not - someone turned into that “lane” making a left turn. It’s a very confusing intersection at best - poor planning

History suggests that they will not, but a lift gate could really make a difference here.

Not holding my breath. pic.twitter.com/yToph6CWtL

In the future, confused drivers will have no choice but to turn around before entering the tunnel, getting stuck, shutting down streetcar service and inconveniencing thousands of people with their brazen stupidity.

by Lauren O'Neil via blogTO
Posted by Arun Augustin at 7:01 AM