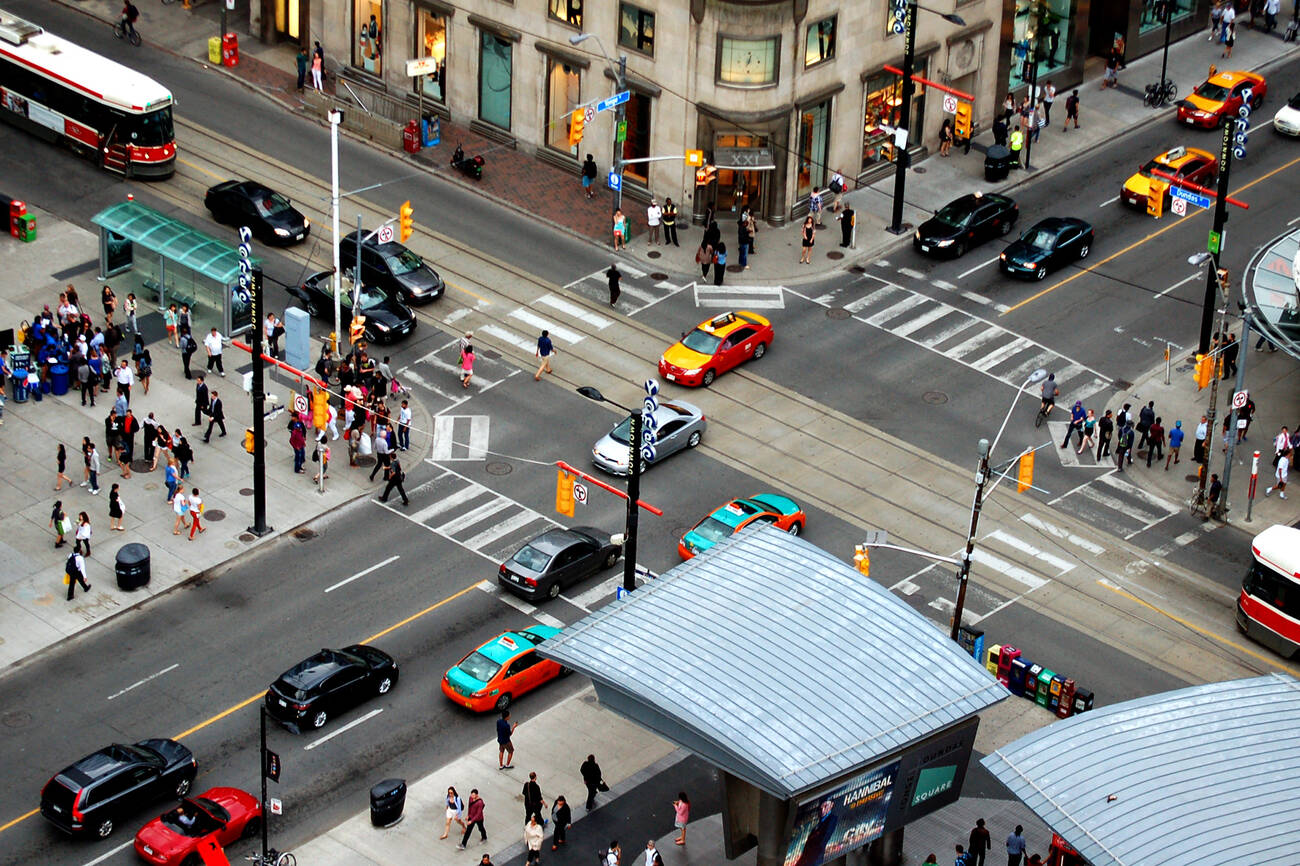 Ever felt like the whole of Toronto was crossing with you at the corner of Yonge and Dundas streets? Well, you're feeling that way for a reason: that corner sees 90-to-100-thousand people crossing every 24 hours.

Newly released data from TOcore's Downtown Mobility Strategy has outlined some of the busiest pedestrian intersections in downtown Toronto. And some may surprise you.

TOcore is a City of Toronto initiative for planning downtown. 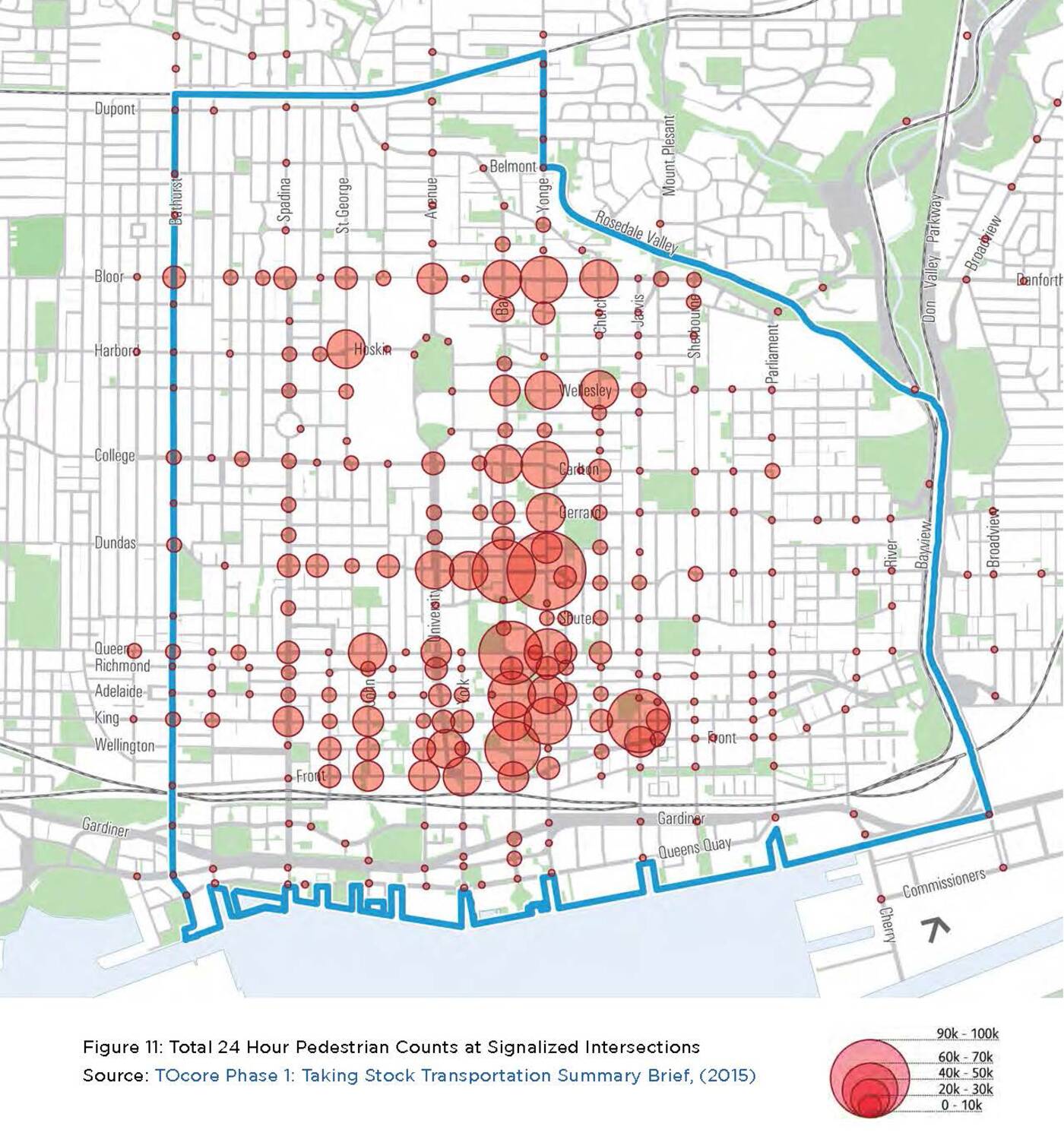 Other big areas for foot traffic are the intersections at King and Jarvis, Queen and Bay, Dundas and Bay and Wellington and Bay.

The intersection of Jarvis and King, serving the King East neighbourhood, is close to St. Lawrence Market, the St.James campus of George Brown College, St. James Park and a few hotels.

The intersections at Yonge and Dundas; Dundas and Bay; and Queen and Bay streets, all right in the heart of the downtown core, serve a booming business and tourist district, two streetcar lines, four subway stops and a mall. There's certainly a reason as to why these are so hectic.

Wellington and Bay is also pretty busy itself. In the busy Financial District, this intersection serves all those who live, work, play and pass through the area on their way to Union Station. Besides places of work the area also houses numerous restaurants.

While this map mostly reinforces what is already generally known about the downtown core: it's crowded, it may prove to be a useful resource for planning a more peaceful walking route during peak times of the day.