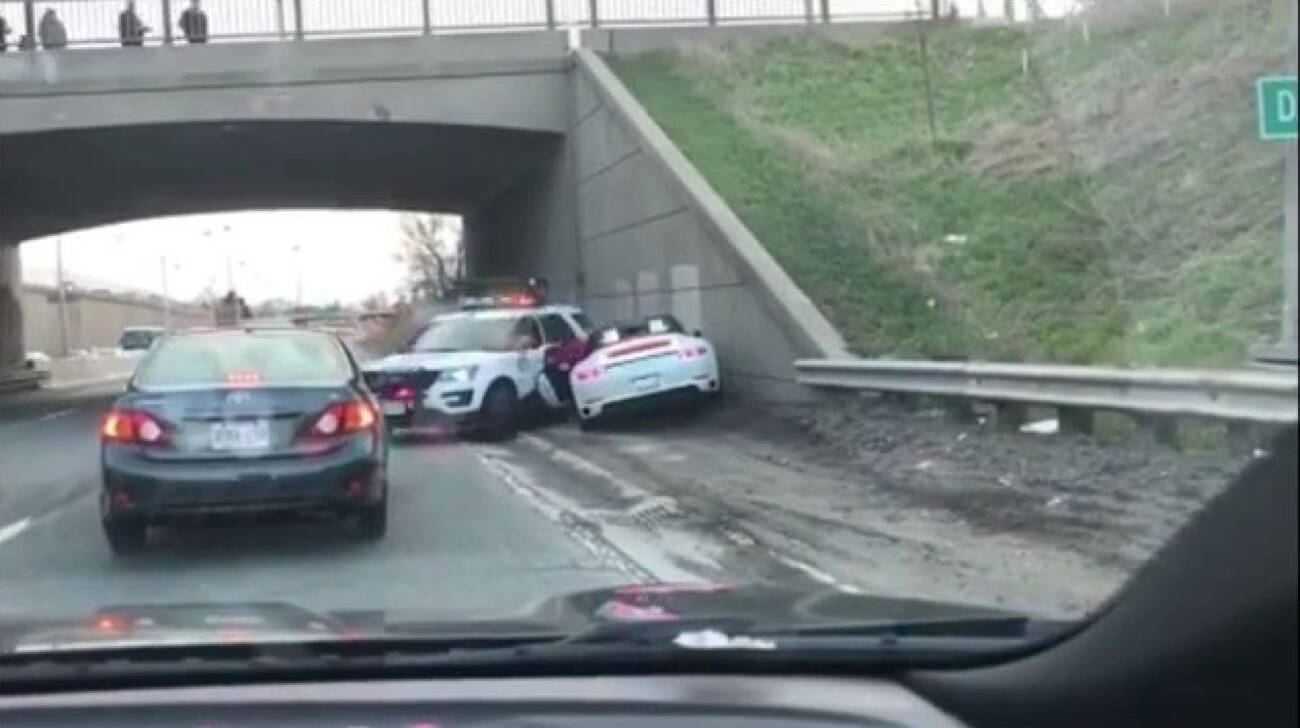 Toronto Police say that a man was taken into custody this weekend after allegedly ramming a stolen car it into a TPS vehicle and then fleeing the scene on foot — and it was all captured on camera.

Footage shot by an eye witness and later uploaded to Instagram shows a white Porsche convertible driving on the shoulder of Toronto's Gardiner Expressway near the Dufferin Street bridge around 6:30 p.m. on Saturday.

Officers had already been pursuing the vehicle, according to Const. Allyson Douglas-Cook, when it smashed into the side of a cleverly-maneuvered police SUV.

Someone in #Toronto just crashed a stolen Porsche into a police cruiser and then made a run for it https://t.co/hZuTQIoTNI pic.twitter.com/mCBPVfGeDm

The driver, clad in a red Supreme hoodie, immediately opened the luxury car's door, prompting police to block him in with a sharp turn of their cruiser.

Somehow, the driver still managed to shimmy his way out of the car and run from police — though not for very long.

Douglas-Cook told CP24 that officers were able to catch up with the suspect after a "short foot chase" and take him into custody.

The man was arrested, though no specific details about what he is charged with have been released. Fortunately, nobody was injured as a result of the incident.

by Lauren O'Neil via blogTO
Posted by Arun Augustin at 7:01 AM