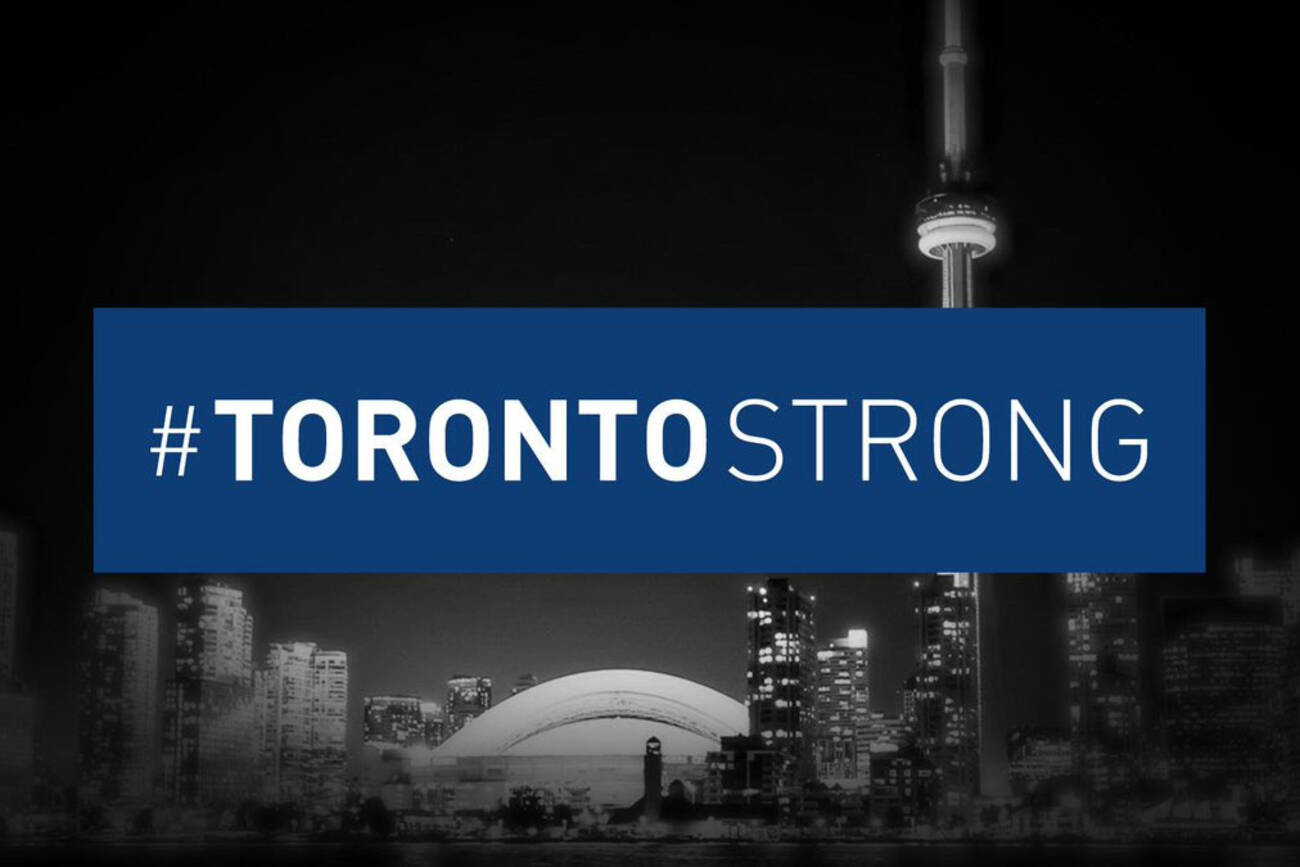 The City of Toronto has partnered with a local registered charity to collect funds for those most affected by this week's deadly, shocking van attack near Yonge and Finch.

Money raised through the #TorontoStrongFund, as it's being called, will be used to support victims, their families, first responders and anyone else who was seriously impacted by the incident, which resulted in 10 deaths and 15 injuries on Monday afternoon.

"We are seeing a tremendous generosity of spirit and an outpouring of public support across Toronto, Canada and from around the world," said Mayor John Tory in a press release announcing the fund.

"At this time of great pain and sadness, many are seeking ways to help and support those who need it," he continued. "To help coordinate and direct this compassionate response, the City of Toronto has partnered with Toronto Foundation today to initiate the #TorontoStrong Fund."

The Toronto Foundation has been serving local communities since 1981 by pooling philanthropic dollars and facilitating charitable donations for "maximum community impact."

The charity noted in a press release of its own this week that it is working to identify organizations and agencies that will most benefit from the outpouring of donations inspired by this week's tragic events "in a coordinated, accountable manner."

Every day our staff and volunteers work hard to help and support the diverse communities of this beautiful city. In the aftermath of Monday's tragedy we want to keep reminding everyone that we are here for you no matter what. Call our Crisis Team at (416) 808-7066 #TorontoStrong pic.twitter.com/NpVjqhtcSY

One of the organizations already chosen to benefit from the fund is Victim Services Toronto, which provides emotional support and practical assistance to those affected by crime or sudden tragedy.

"The City and Toronto Foundation will also work with the many generous individual efforts that have emerged to mobilize support," writes the Toronto Foundation, "to ensure that this compassionate response can be directed where it is needed most."

"Let’s lean on each other in these difficult times and show that we are all #TorontoStrong."

by Lauren O'Neil via blogTO
Posted by Arun Augustin at 6:35 AM