The Eaton Centre is getting a rooftop patio 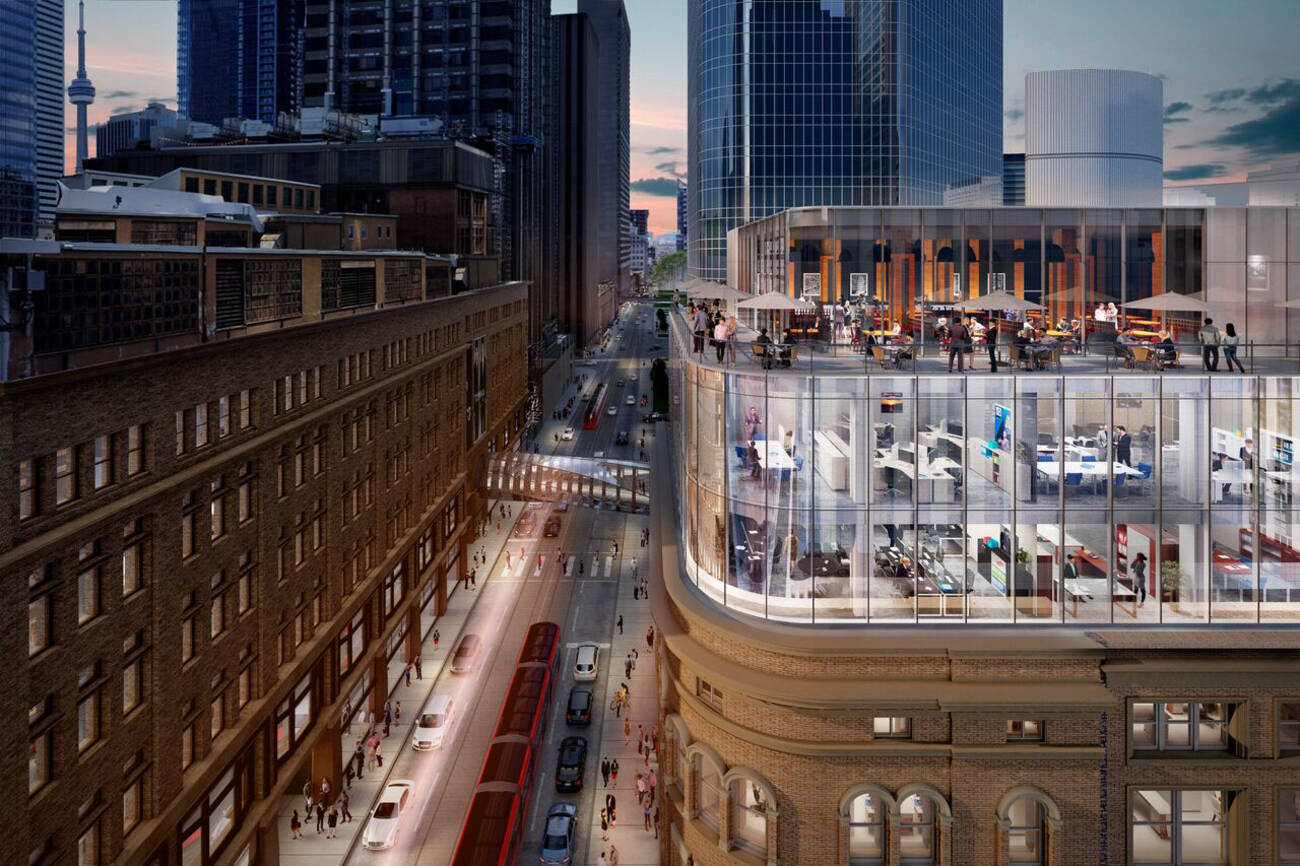 A gorgeous new rooftop patio is coming soon to one of downtown Toronto's busiest intersections, along with a first-class restaurant and three new stories of gleaming glass office space, way up in the sky.

Cadillac Fairview announced today that it will finally be expanding and restoring a prominent part of the CF Toronto Eaton Centre complex: The 123-year-old heritage building at 2 Queen Street West.

Most-recently home to the sporting goods retailer Atmosphere, the building sits on the northeast corner of Yonge and Queen Streets.

It was built in 1895 and has since housed everything from a Woolworth's flagship store to Tower Records. City documents show that the property still bears the name of its original tenant, the Philip Jamieson Clothing Company. 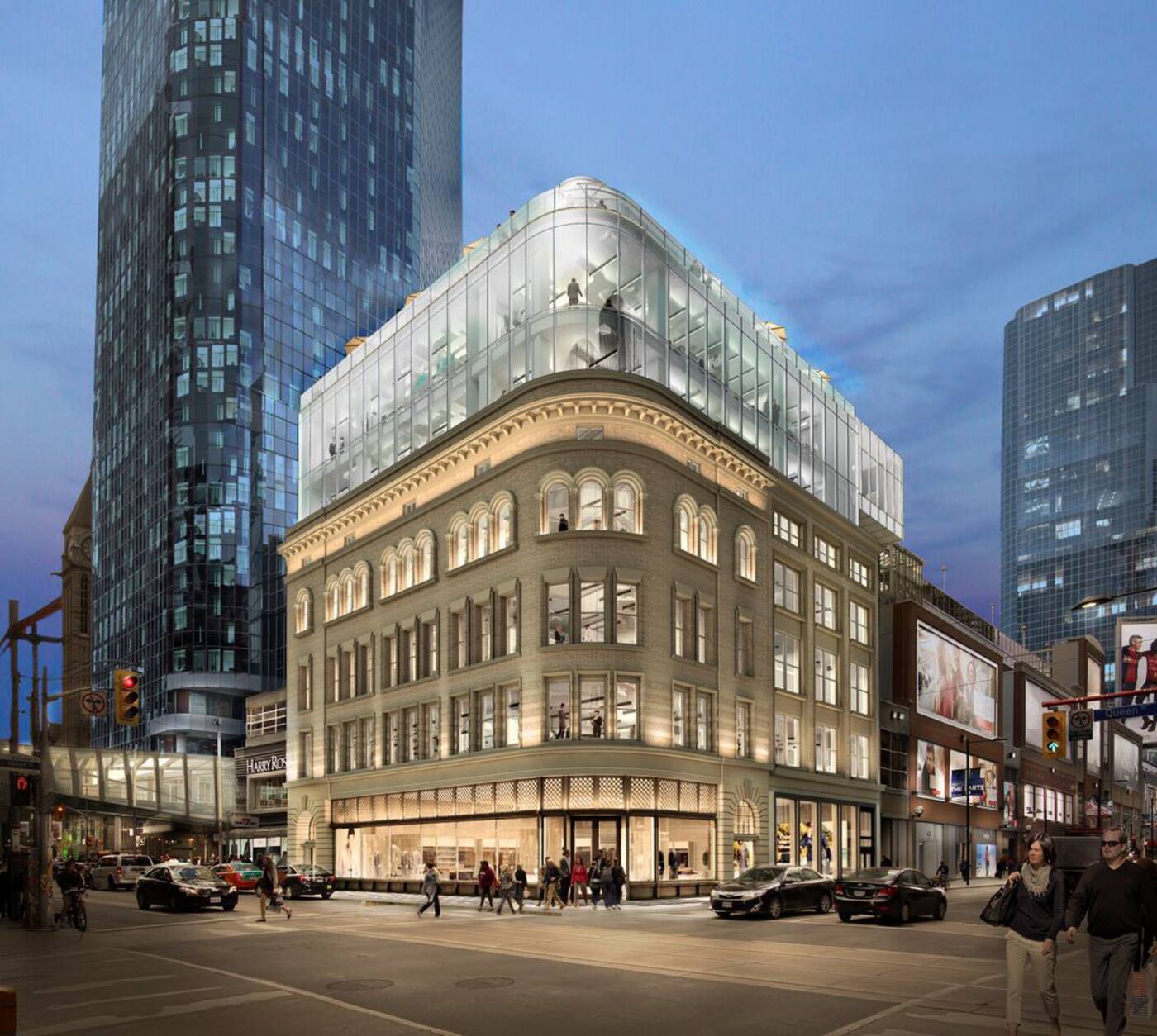 The Philip Jamieson Building was added to Toronto's heritage register in 1986, but by that point it had already been altered several times — most recently when it was overclad in the 80's with what the city now calls "inappropriate materials."

Developers had been trying to maximize the use of this prime space for years, but previous plans (like the 65-storey rental tower proposed by CF in 2013) were all shot down by the city for zoning, various, safety and heritage reasons.

A City staff report from last April conceded that a major reconstruction was "the only viable option for the long-term conservation of this heritage property," and recommended that the city repeal or amend existing heritage restrictions.

It looks like a compromise has finally now been reached — one that will restore the building's beautiful 1895 façade while modernizing pretty much everything else. 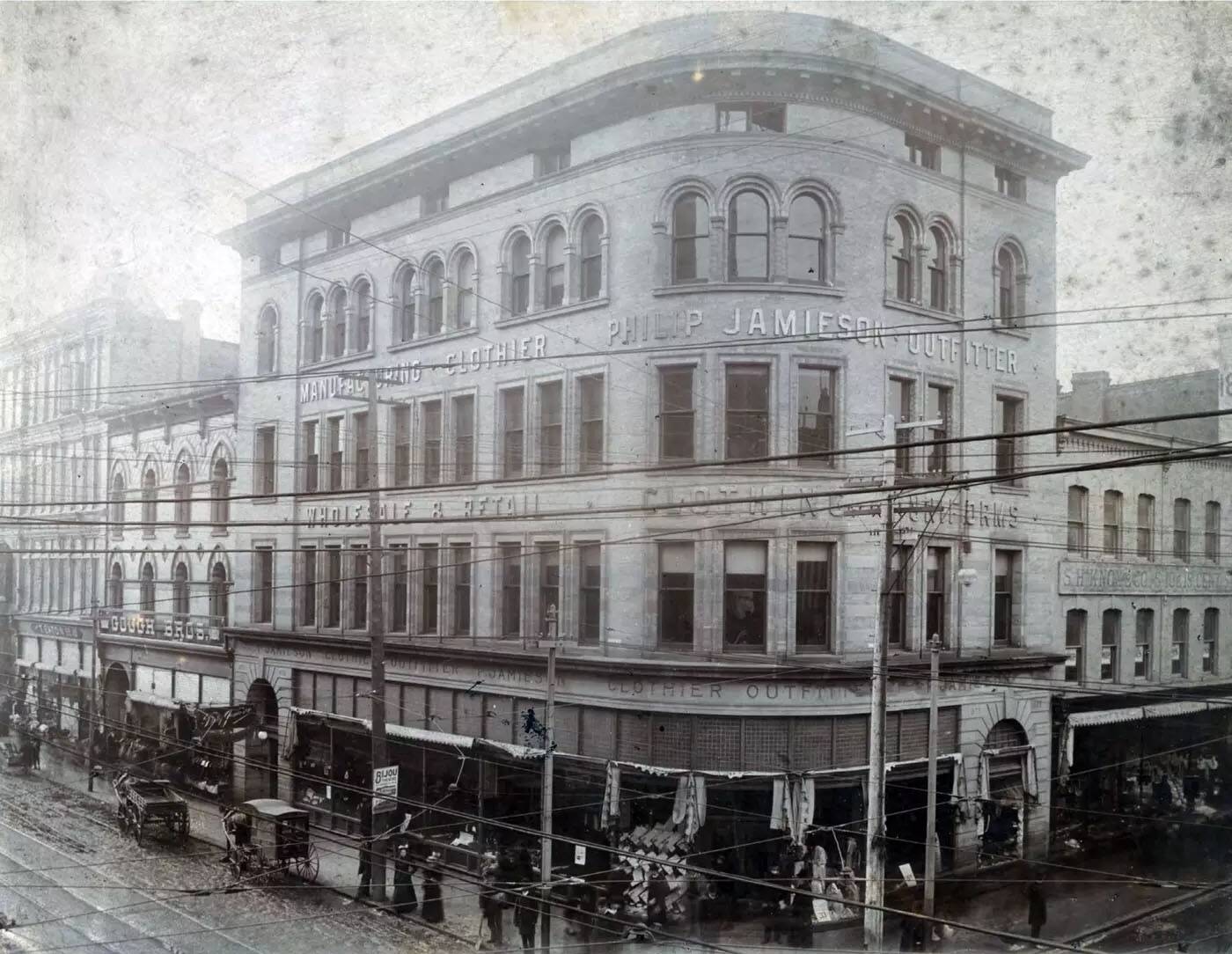 The site of what is now the southeast corner of Toronto's Eaton Centre circa 1897, when it was still the Philip Jamieson Clothing Company. Photo via the Toronto Public Library.

"The project, designed to improve the quality and utility of the property while preserving its unique architectural features," reads a press release from CF Fairview released on Thursday.

"Overall, the redevelopment comprises 23,150 square feet of office space and 22,011 square feet of retail and storage space as well as significant mechanical, structural and electrical upgrades."

The release further specifies that this project will compliment an ongoing series of renovations in and around the Eaton Centre, including the beautiful new helix skybridge and forthcoming "urban campus" workspace from BMO.

"Cadillac Fairview is absolutely committed to our responsible investment in the heritage properties under our stewardship," says CF Vice President of development Rory MacLeod.

"This building's beautiful façade is currently obscured having undergone several renovations, but today, we are proud to be restoring 2 Queen Street West to its original glory."

by Lauren O'Neil via blogTO
Posted by Arun Augustin at 11:20 AM