Hamilton just got its own version of the Toronto sign 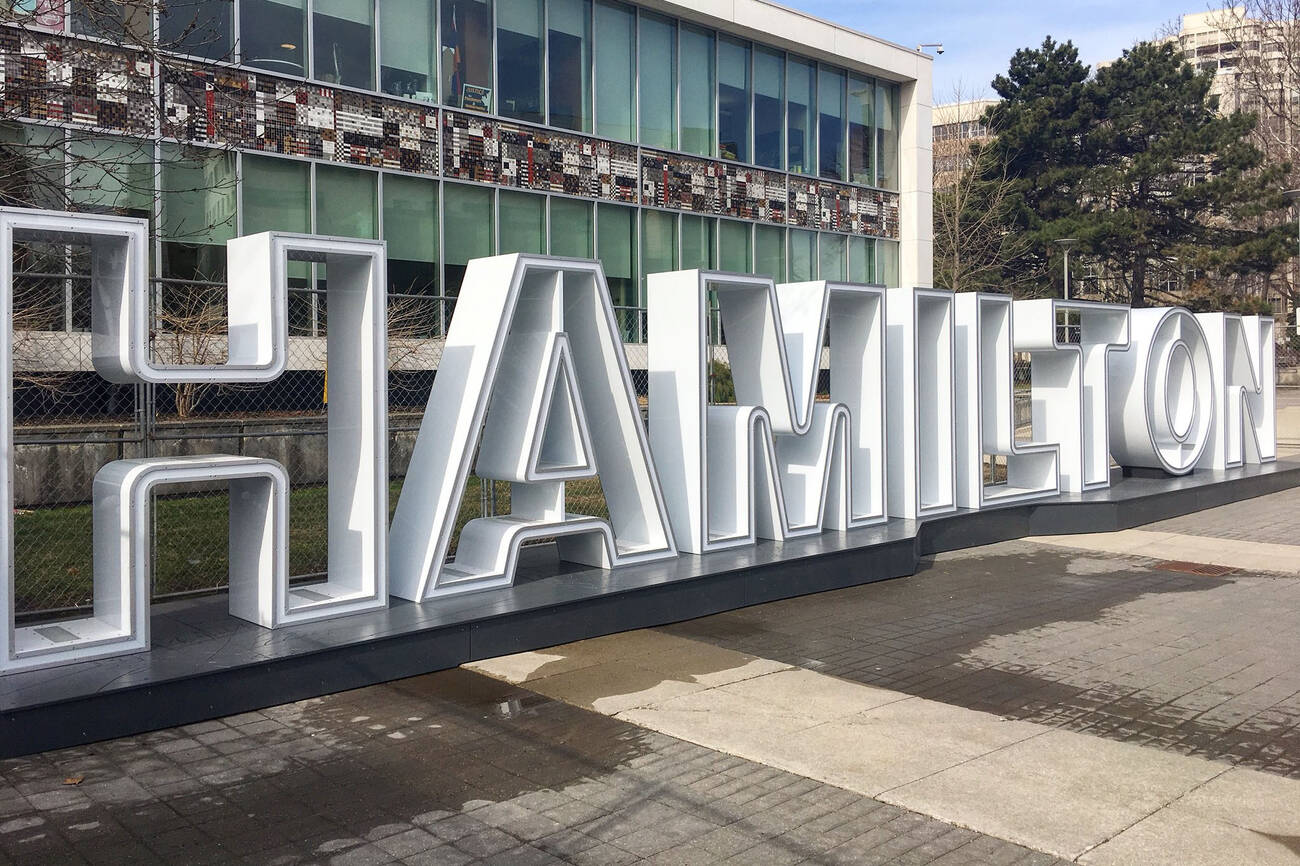 Toronto's artsy friend to the west is set to reveal its own giant, white, sometimes glowing letter sign at Hamilton City Hall.

An official lighting ceremony for the "HAMILTON" sign will take place this evening at 9 p.m. with Mayor Fred Eisenberger, who has been championing the big sign for weeks.

FRIDAY: Join us and Mayor @FredEisenberger as we light up the all-new #HAMILTONsign at City Hall! #HamOnt pic.twitter.com/HT8NO4zN82

The city's enthusiasm is clearly infectious.

And so it begins. Official lighting tonight at 8:30 #HamOnt #selfie #hamiltonsign pic.twitter.com/KVzaU4cHq1

The HAMILTON sign, which was installed about four days ago, is slightly smaller than the TORONTO sign at 20 metres long (ours is 22) and 2.25 metres tall (ours is 3).

There's still plenty of space for adults to crawl inside the letters though, which is good because I think that's why people visit these things in the first place.

.@FredEisenberger had the 1st official photo, so this is the 1st general member of the public photo in front of the new #Hamont sign (with @chrisinhamilton). 📸👋 pic.twitter.com/PuUTk4MP7w

As was reported last summer, the lettered sign cost about $250,000 to build and install, but tax payers won't be picking up the bill.

A private donor — perhaps someone who wants to see Steeltown step out of Hogtown's shadow — has already paid for the entire thing.

Money well spent, I'd say. A city's name in big white letters is a beautiful concept for public art.

by Lauren O'Neil via blogTO
Posted by Arun Augustin at 12:44 PM