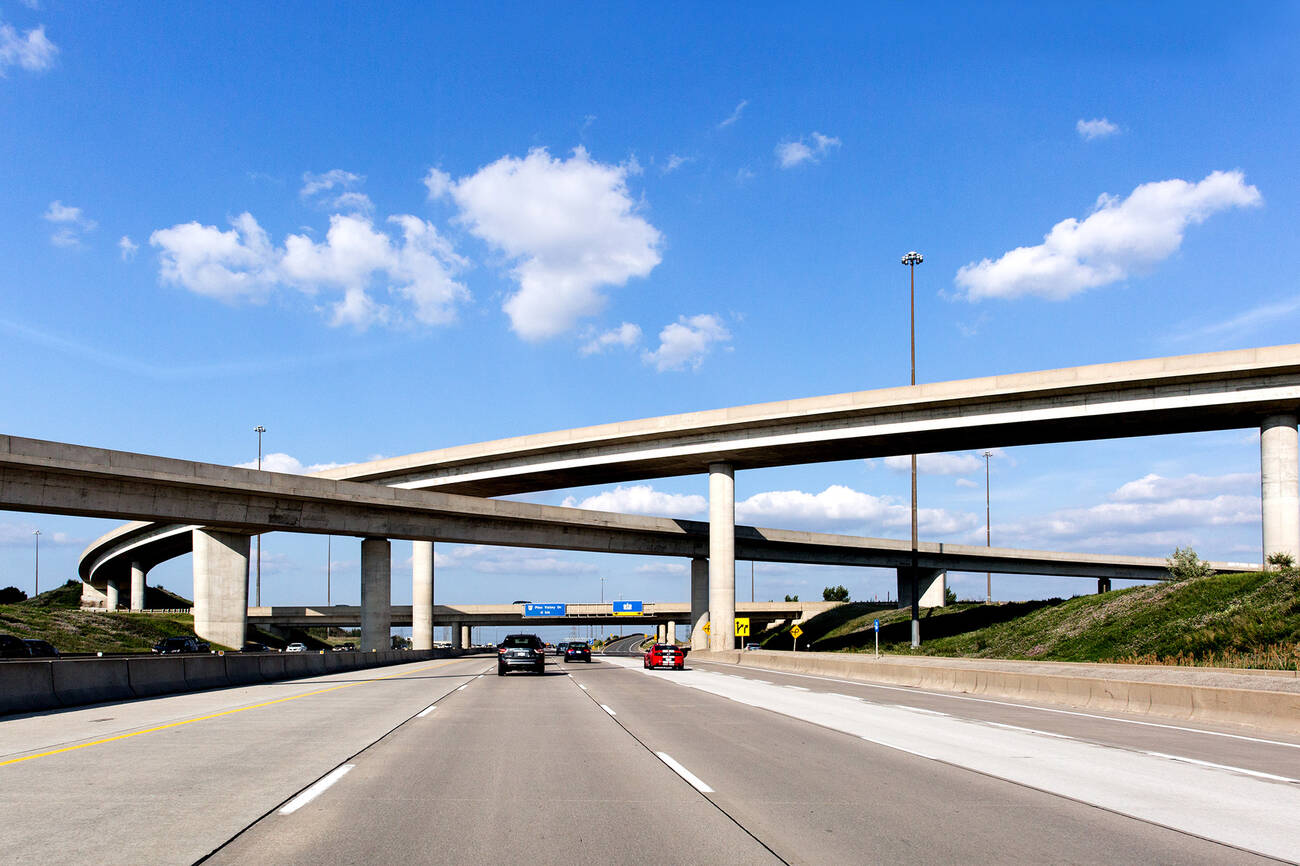 Highway 407 ETR is freaking expensive. There's no getting around it. The highway is notorious for charging interest fees on the low and never letting old debts slide – ever.

Just this month, a man in Brampton received a bill of almost $30,000 for fees on a transponder he hadn't used in a decade.

Another man living in Lindsay racked up $43,000 in 2014 from interest charges and penalties over a ten year period.

How that kind of charging system is even allowed is still a mystery (though the selling-off of the highway to the private sector  in 1999 probably has something to do with it). Either way, Toronto drivers are getting weary of the 407.

With prices like these, it seems spending the money on a flight to somewhere outside Ontario might be more worthwhile than a drive around the GTA.

Flight from Buffalo to Orlando: $80

Toll charges driving home from Oakville to Whitby: $55 (Or add 2hrs extra to the drive home)

Something doesn't add up there. The 407 toll fees are gross.

"It's rude," says Mark Healy, an investment consultant and former King City resident who's been using the 407 for years. "It's downright rude."

Healy says he was shocked when he saw a charge on his ETR bill for $34.84 last month. 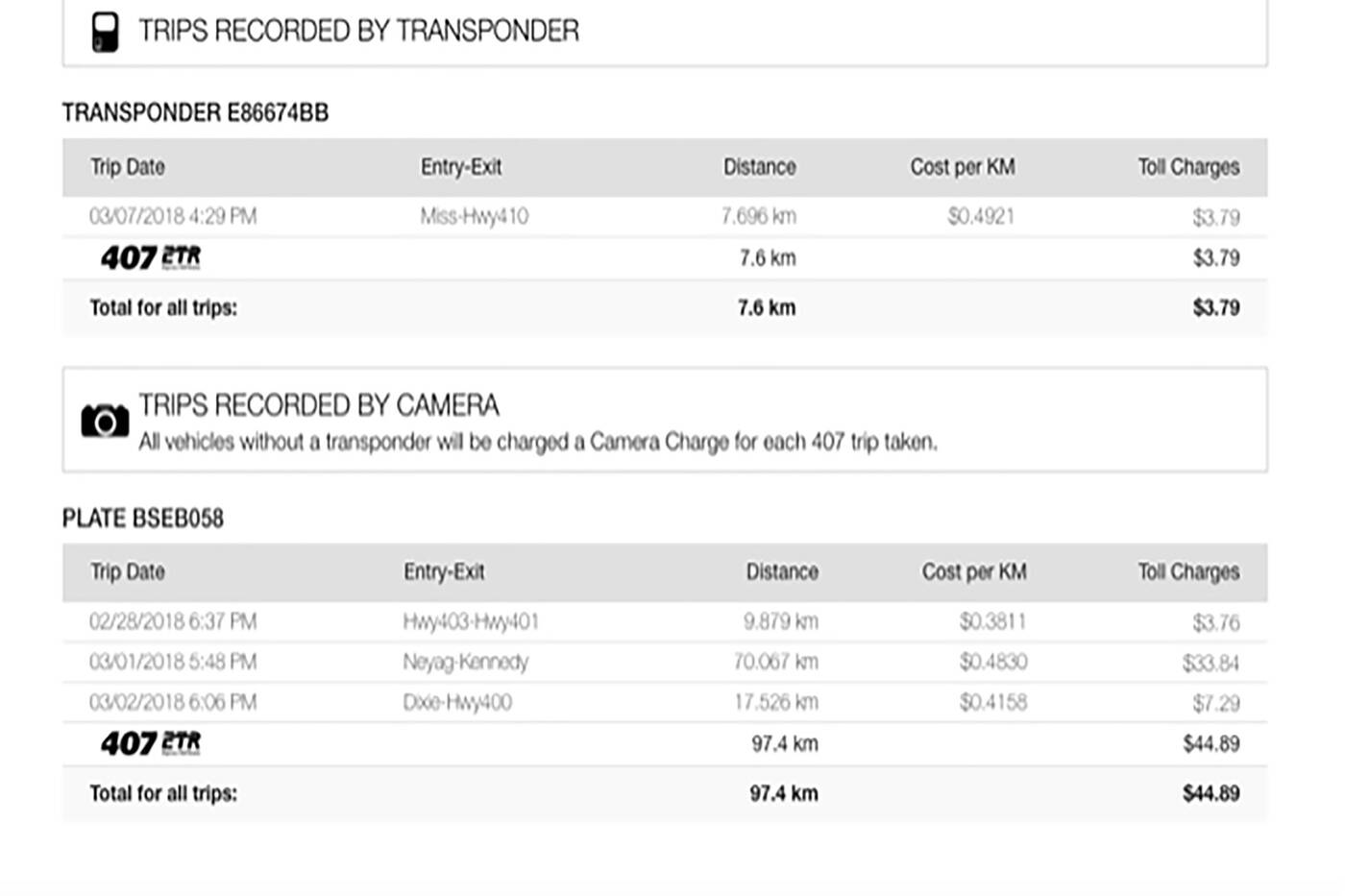 The one-way trip, which was from Neyagawa Boulevard in Oakville to Kennedy Road, encompassed a distance of 70 kilometres.

In response to the complaint Healy submitted to the 407 website, the highway's customer operations replied,"Drivers of 407 ETR save both time and money by driving at a safe and consistent speed."

"...most customers agree that the savings they experience (faster/reliable travel times, using less fuel and reduced repairs and maintenance costs), offsets some, most or even all their toll costs." 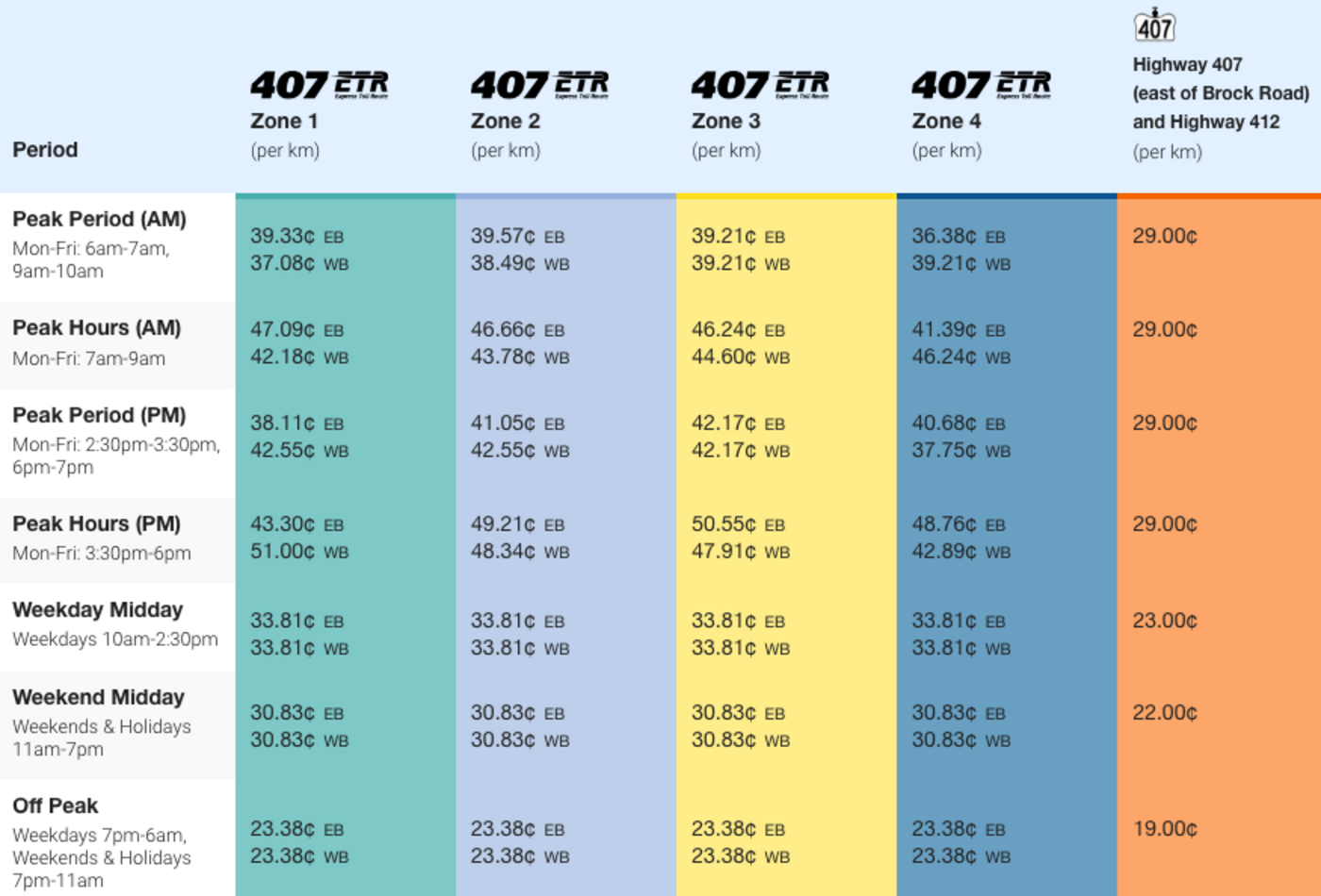 Prices to drive on the 407 have gotten more expensive since February 1, especially  during rush hours.

Since February 1, certain 407 fees have increased on an average of five cents, presumably to offset expenditures on the new addition to Highway 407, including the new 412 and the upcoming Highway 418.

Monthly transponder leases have gone up from $3.90 to $3.95, and light vehicles driving without a transponder are now being charged $4.15 instead of $4.10 per trip.

That might not seem like a lot, but those nickels add up. Plus, per kilometre trips have also gotten more expensive. Heading eastbound in zone 1 during rush hour once cost around 42 cents per kilometre; now it costs about 47 cents.

If you travel around 12 km a day during rush hour (from Ninth street to Kennedy, for example), that's an extra 60 cents daily, which ultimately ends up being an added $144 per year.

As for whether it's going to get better any time soon, it's best not to keep your hopes up. Highway 407 will remain privatized for another 80 years – as per the lease signed in 1999 – meaning we'll be subject to however much the owners want to charge us until 2098.

It's bad enough that ride-sharing services like Uber and Lyft already charge surge prices – it sucks that a major highway that's already atrociously expensive does it too.

by Tanya Mok via blogTO
Posted by Arun Augustin at 5:49 AM