The Best Airport Hotels in Toronto 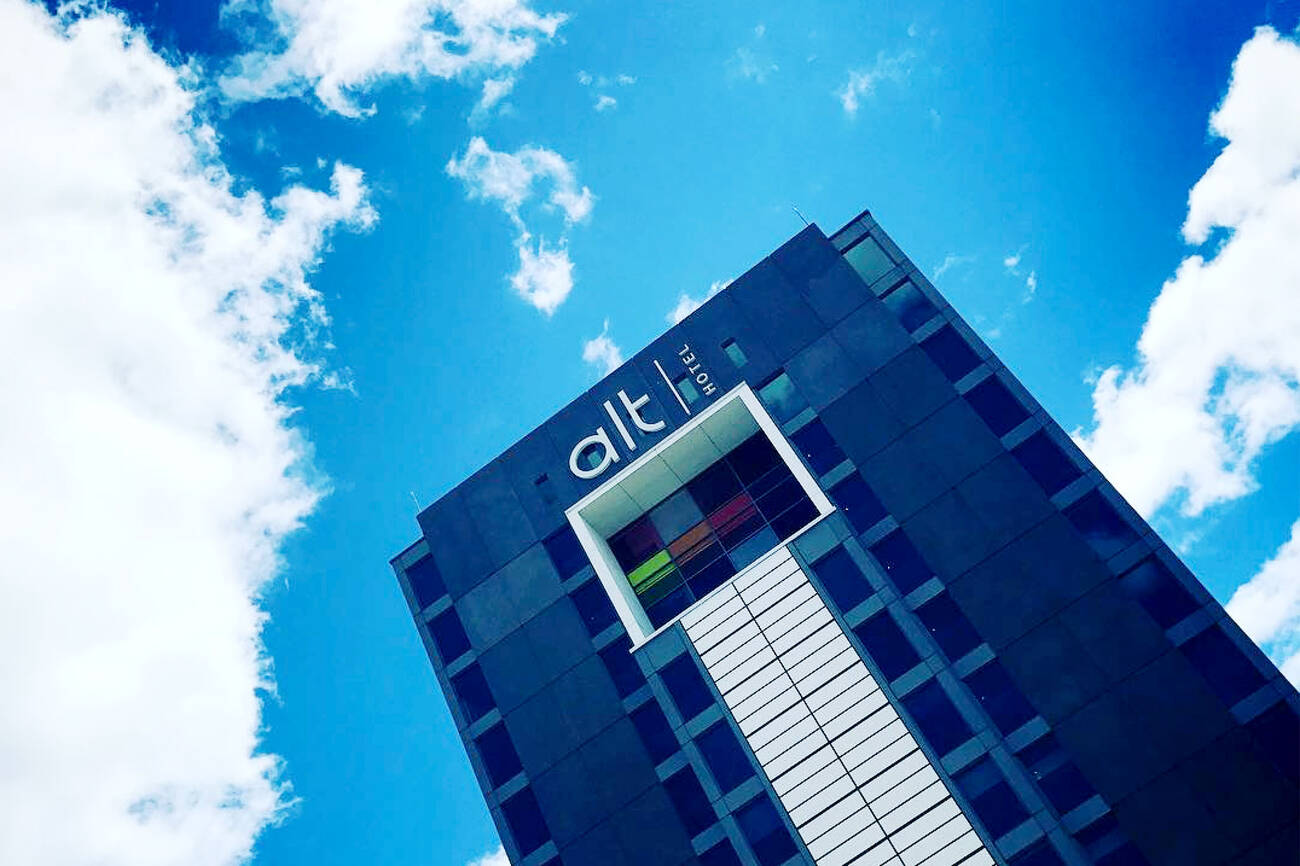 The best airport hotels in Toronto make flying a little easier. Saving you from a pricey taxi cab downtown, only to head back for the next leg of your flight, a good night's rest at one of these hotels is just a shuttle bus away.

Here are the best airport hotels in Toronto. 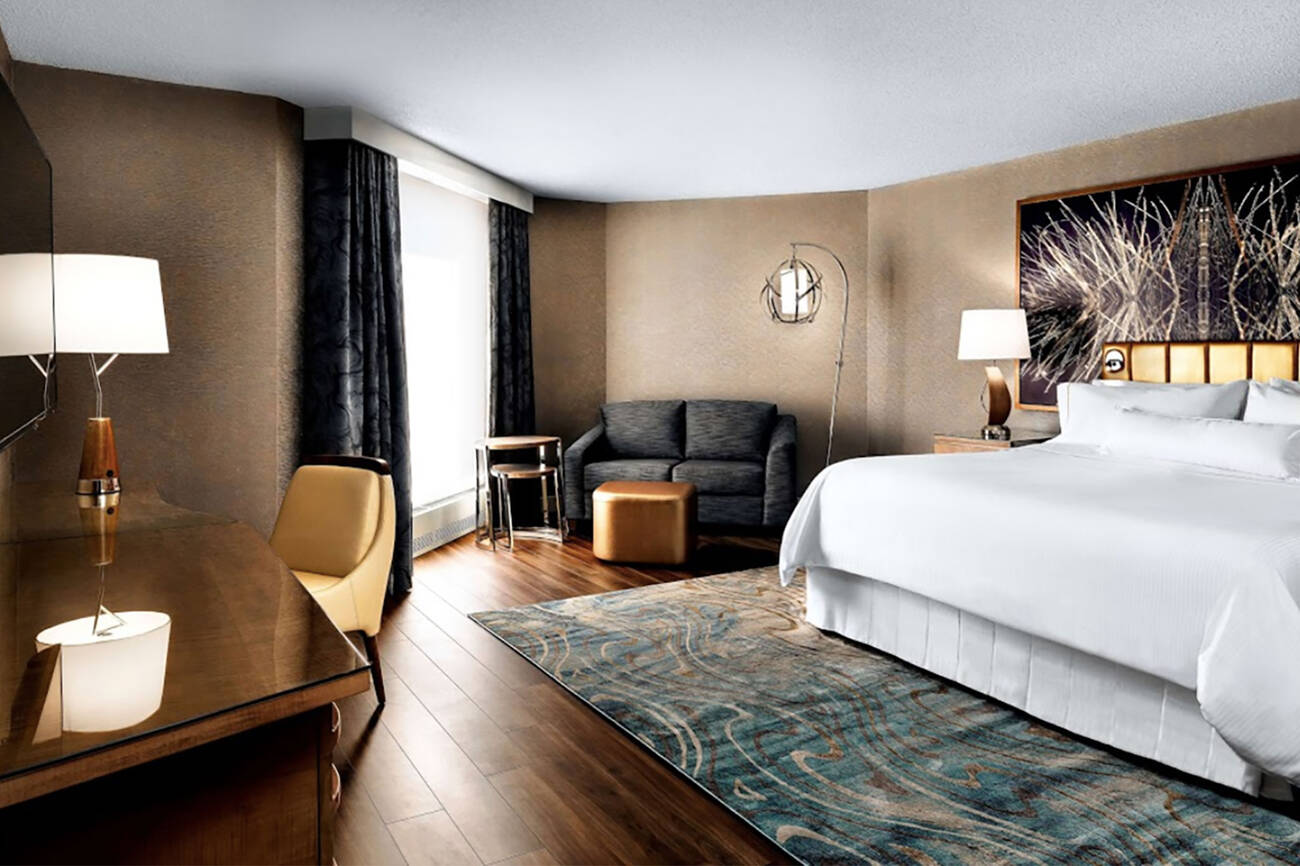 This hotel will pick you up from terminals 1 and 3 with their Mercedes airport shuttle every 30 minutes – just call them with their free phones located just outside of bagging claim. With rooms starting at around $160, they've also got a heated pool and daily parking available for around $25 a day.
5 - Hilton Toronto Airport Hotel & Suites 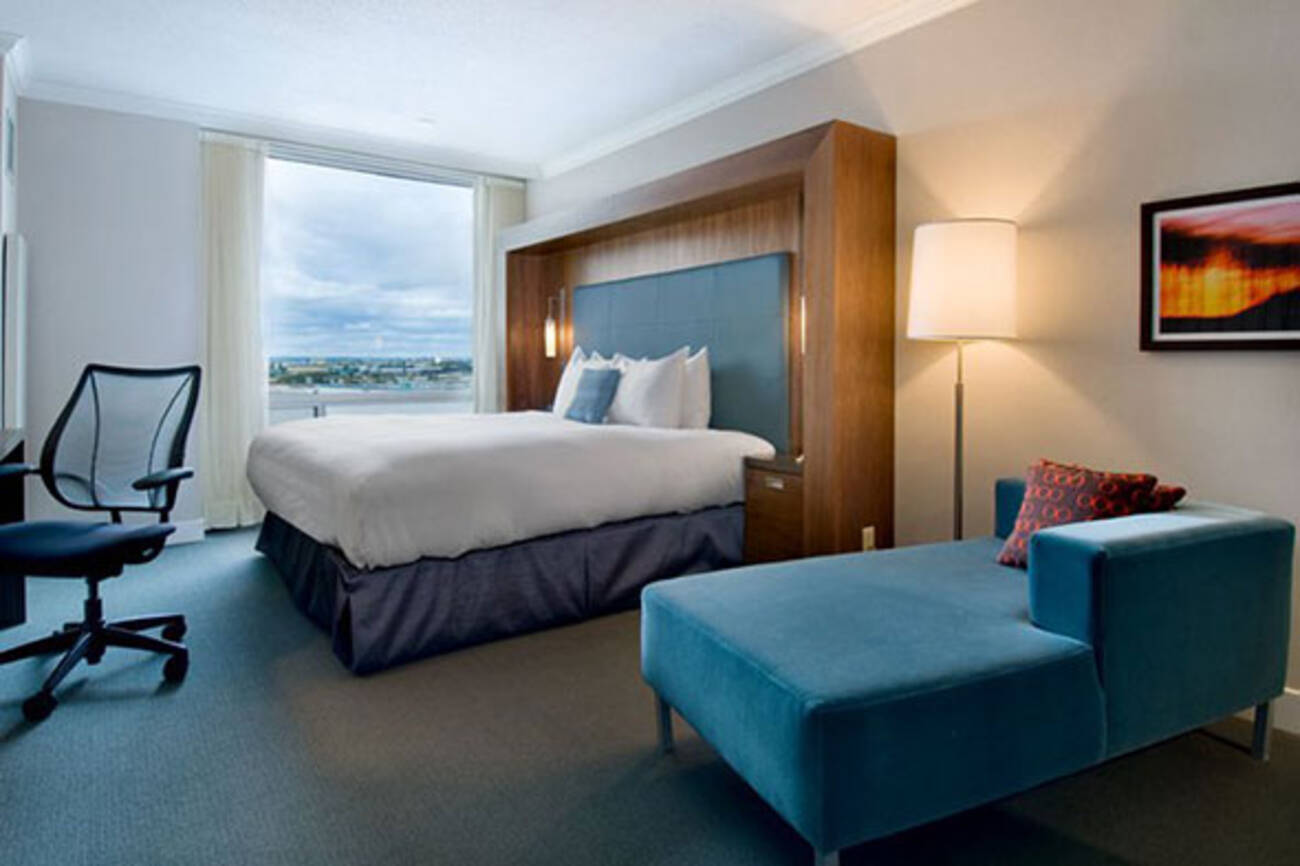 This hotel is one of the closer ones you can get to Pearson without actually sleeping in departures. Located just across the street, this hotel offers rooms and suites, business facilities, its own restaurant and a special event hall. Rooms average out at about $170 per night.
7 - Delta Hotels by Marriott Toronto Airport 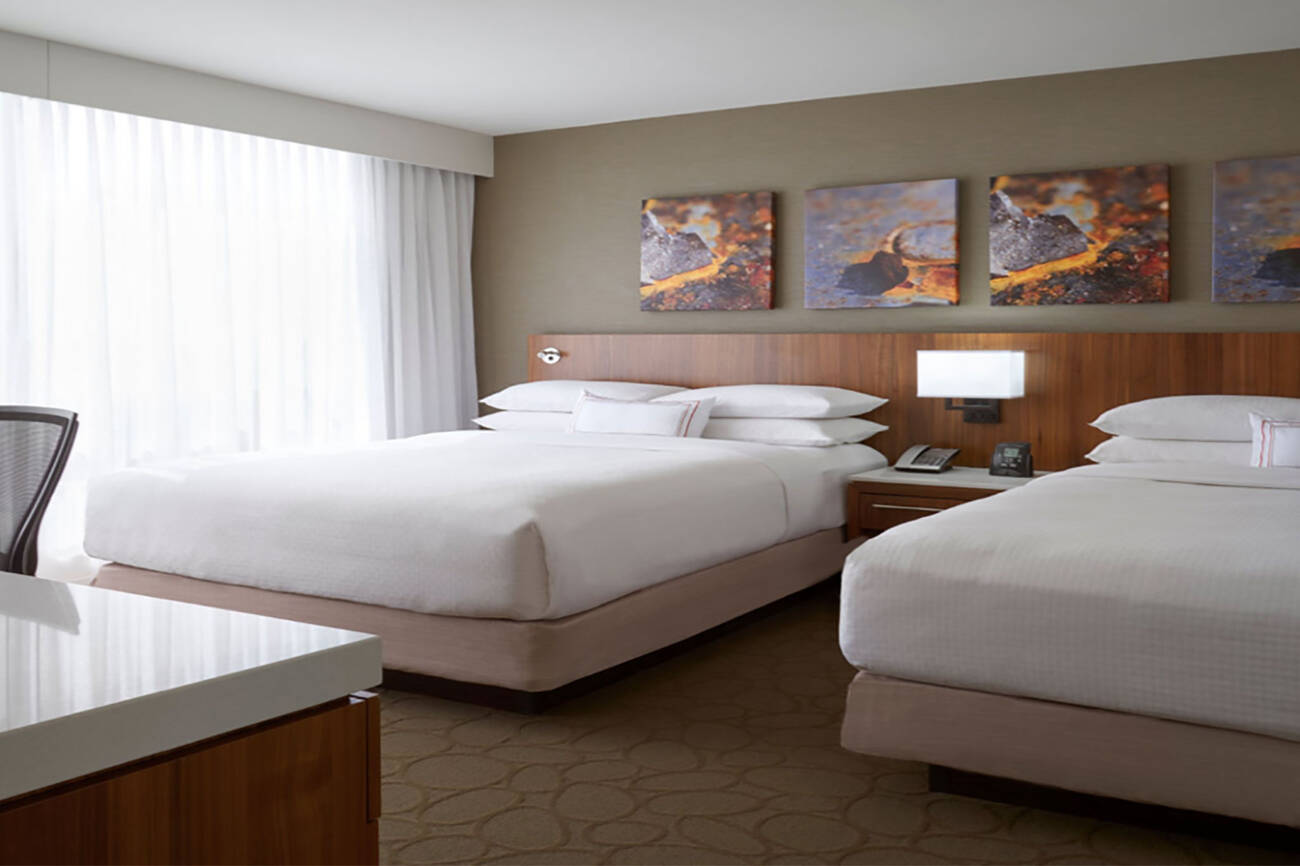 This Marriott offshoot is perfect for conference-goers: after the event at their 60,000 square-foot conference centre retire to your room with their oversized beds or take a dip in their indoor pool. Free shuttles to and from the airport, plus prices that are way cheaper than their location at Lower Simcoe, starting at $160 a night.
8 - Sheraton Toronto Airport 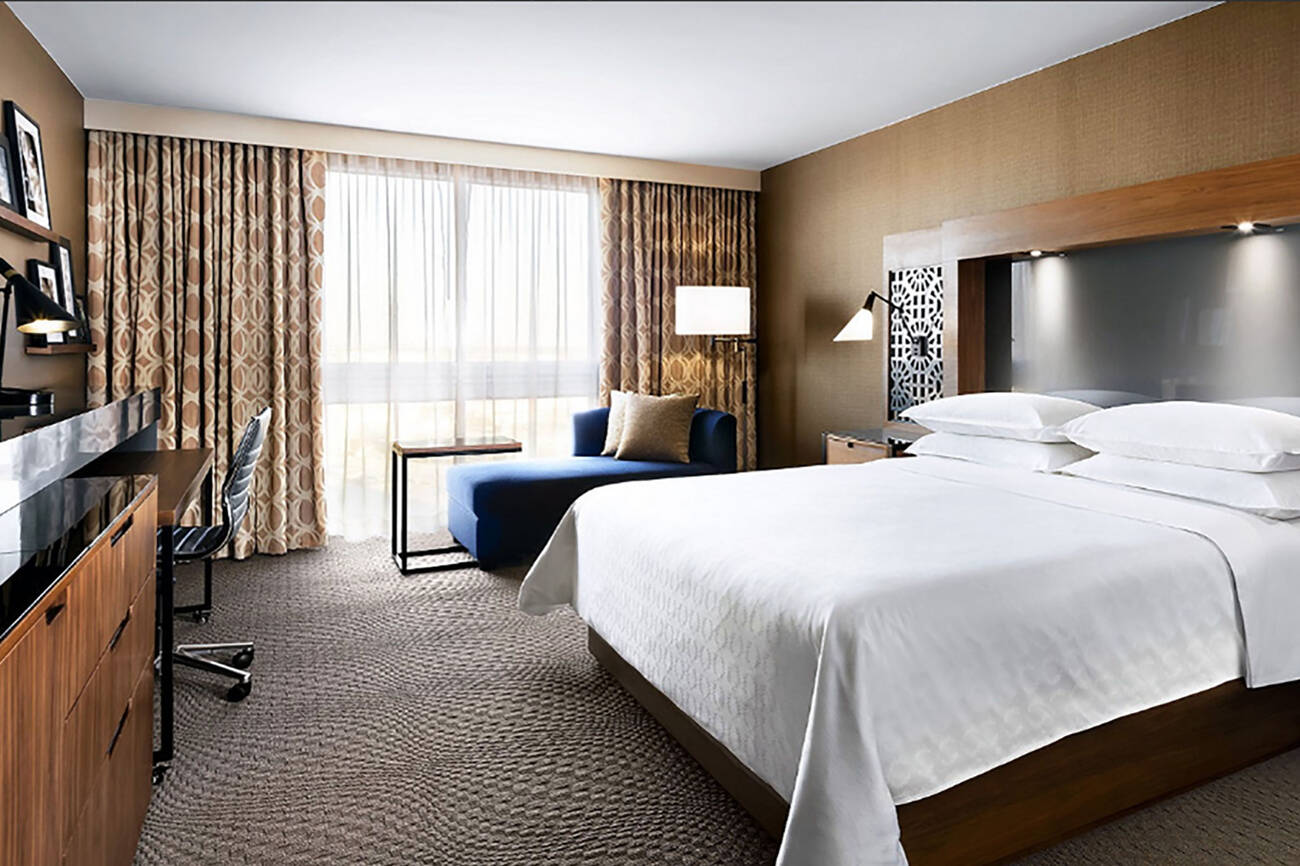 While not as convenient as the Gateway location in Terminal 3, this location has a shuttle service and several food options including Olio, their Meditteranean restaurant. Prices start at $180 a night; if you're a member of the Sheraton Club, you also get access to their recently renovated private lounge which includes free breakfast and comfy places to chill.
11 - Sandman Signature Toronto Airport 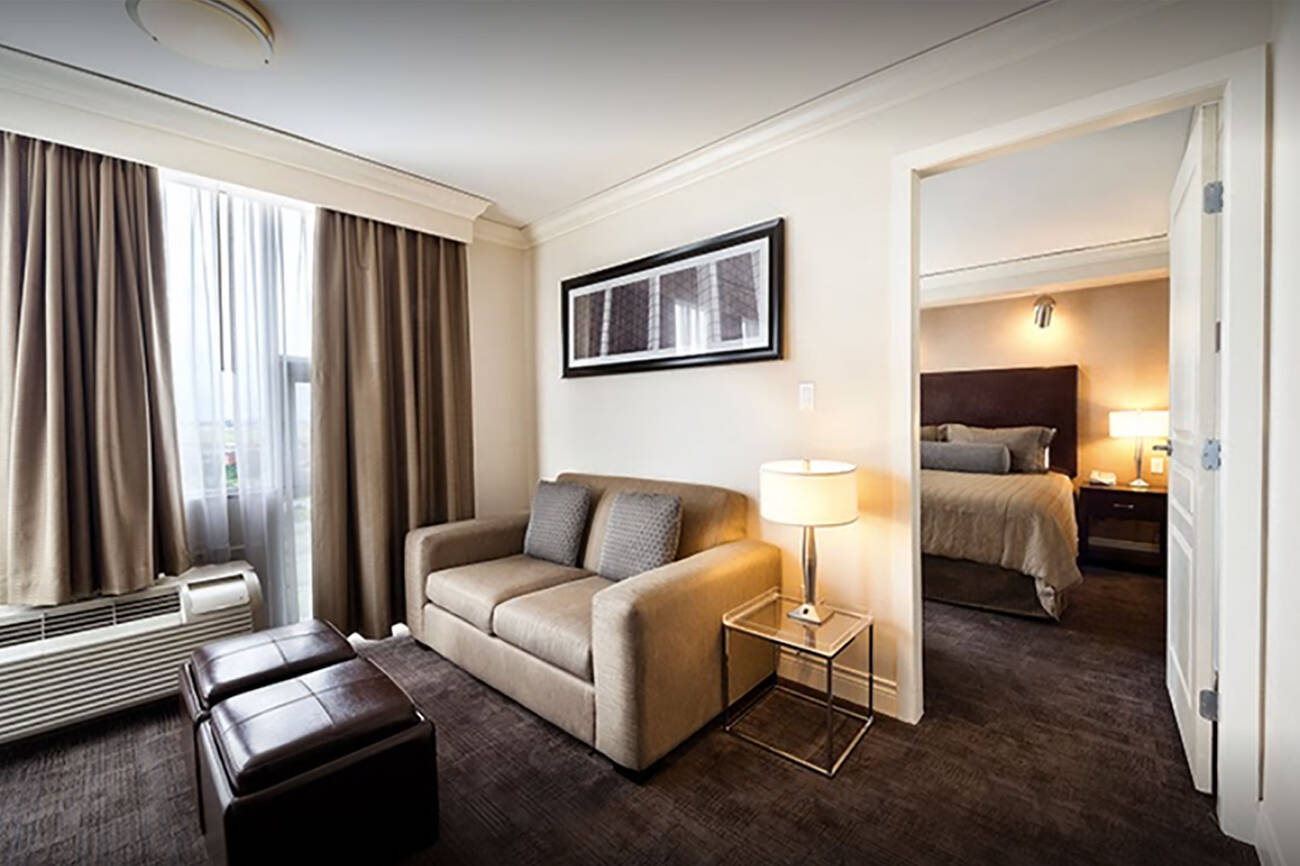 Possibly named after the mythical European creature that sprinkles magic sand onto sleepers' eyes for a good nights rest, this hotel has complimentary shuttle service and a grill restaurant. Also available to guests is an indoor saltwater pool (big plus, all for relatively cheap prices, with rooms starting at $130 a night.
10 - Four Points by Sheraton Toronto Airport 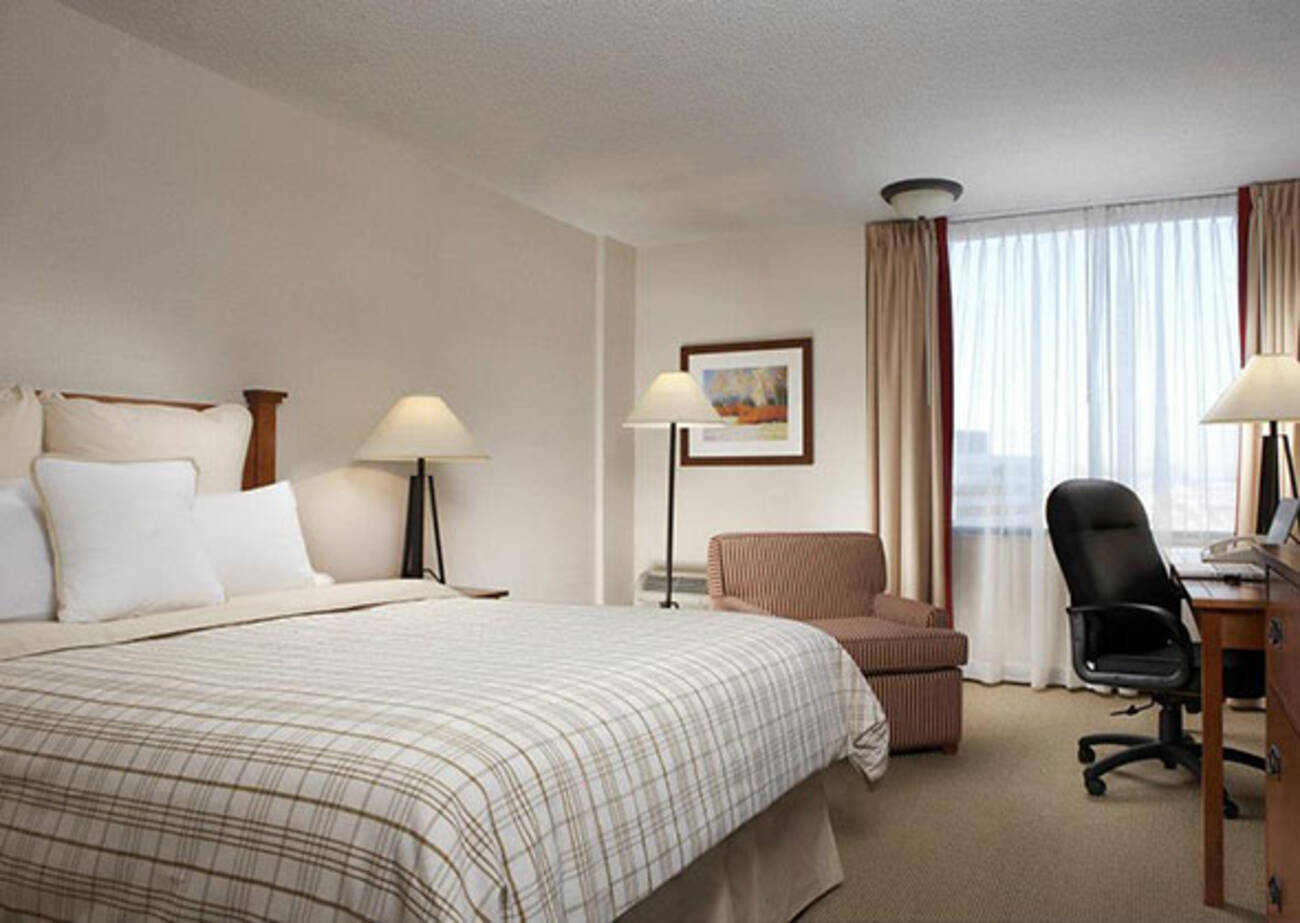 Another across-from-Pearson hotel, Four Points by Sheraton offers a 24-hour airport shuttle. Rooms start at around $165 per night and include free Wi-Fi, printing, onsite dining, and special rates for Ontario and Quebec travellers.
9 - DoubleTree by Hilton Toronto Airport 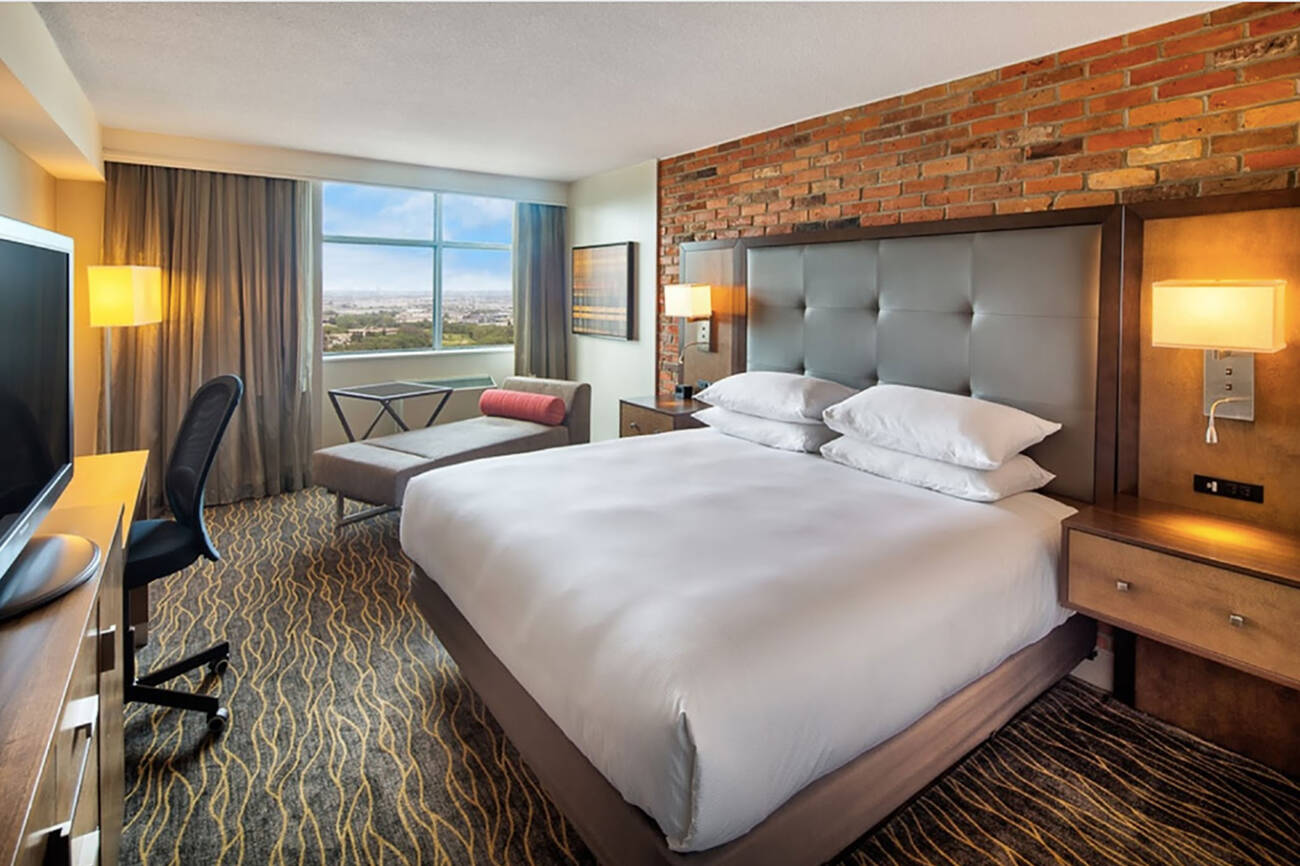 This super trendy hotel is equipped with exposed brick rooms, a shuttle service and a 24-hour convenience store. Not only that, they also offer you a warm cookie when checking in–if that's not hospitality, I don't know what is.
3 - ALT Hotel Toronto Pearson 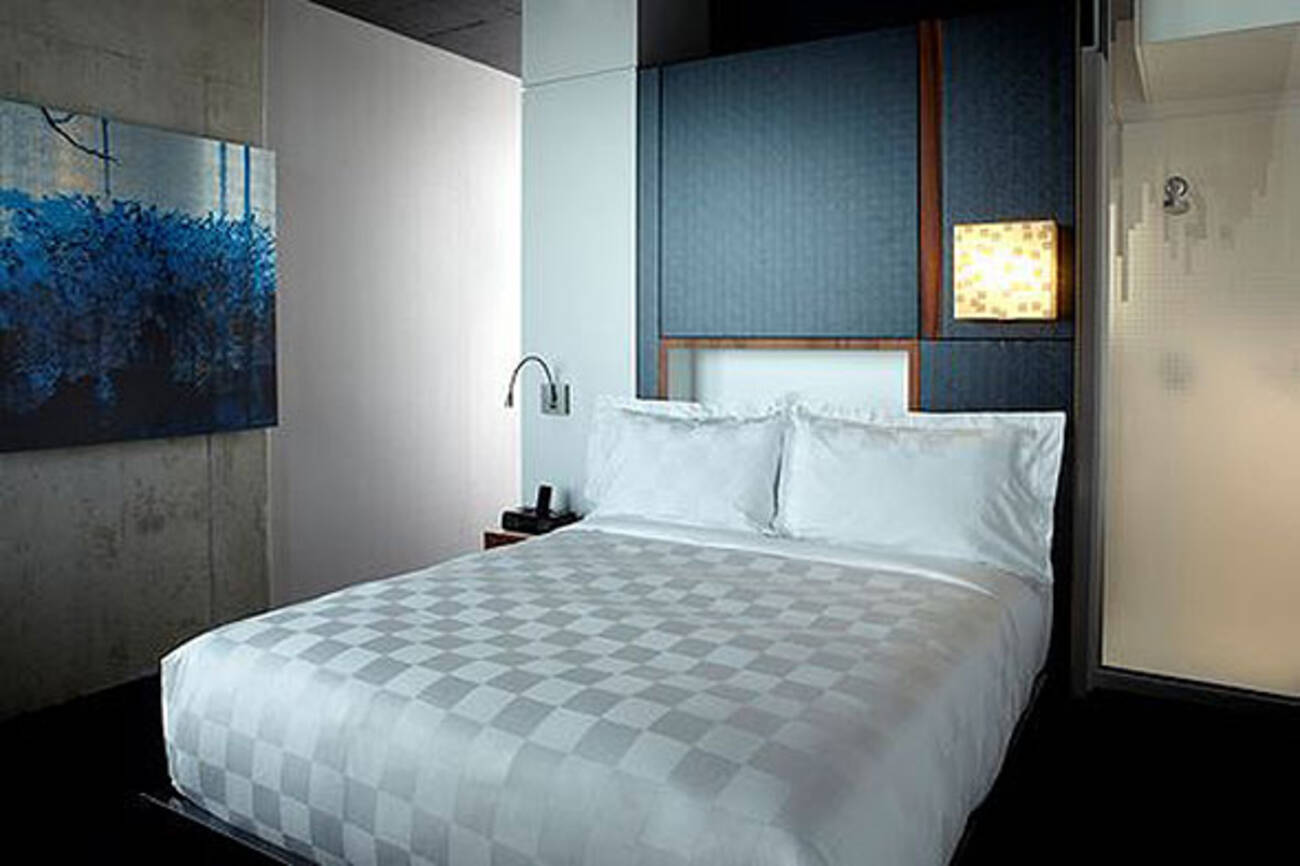 This super sleek, eco-friendly hotel offers rooms with either one queen bed or two, ranging from $179 and $199 a night. There's no restaurant here but they do have a 24-hour snack bar and they're probably one of the most convenient hotels to get to. No shuttle needed, just hop on the link train: get off at the Viscount stop, incredibly convenience from terminals 1 through 3.
4 - Sheraton Gateway 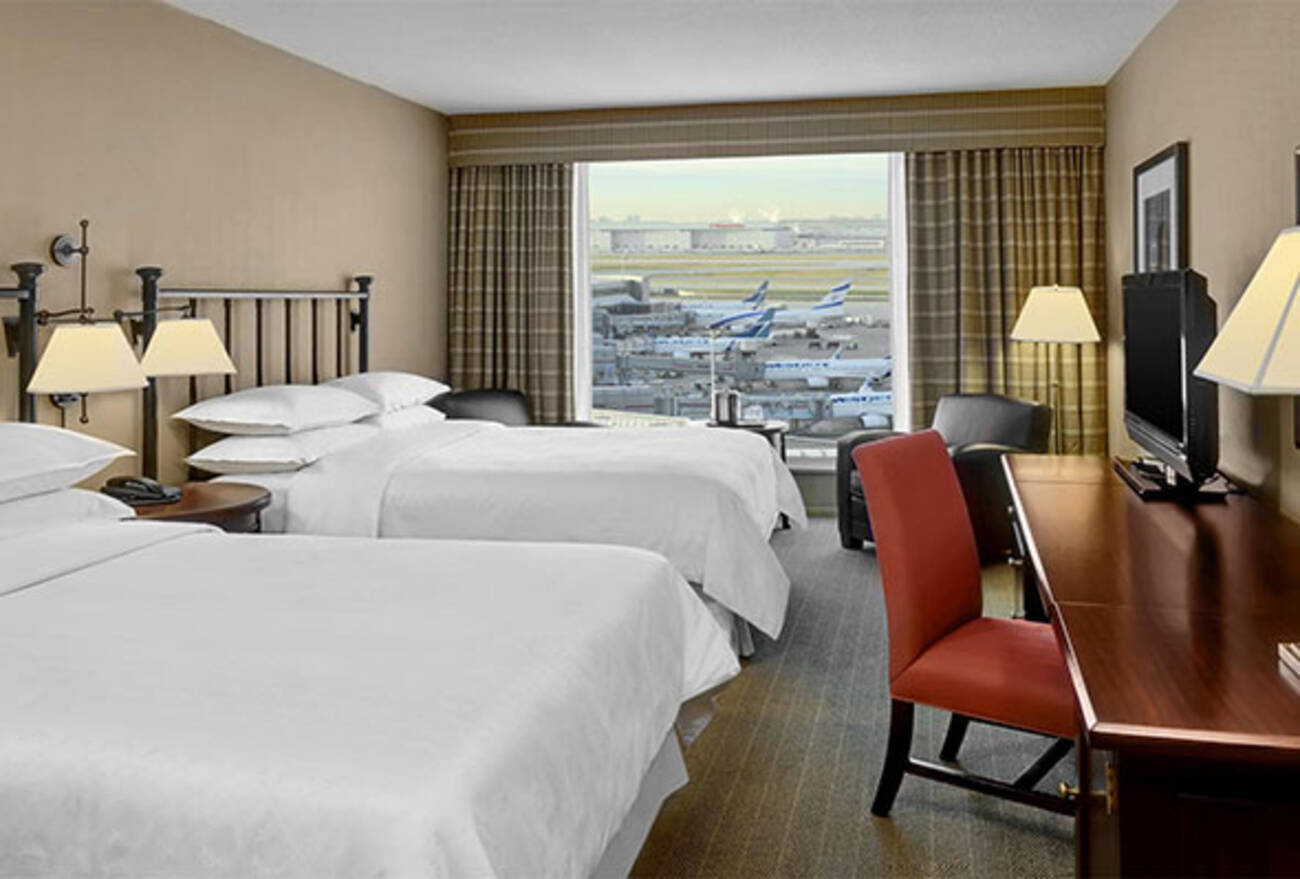 Sheraton Gateway is actually connected to Terminal 3, meaning you don't have to bother with airport shuttles, or even venturing outside before heading to your room. Of course, that convenience comes at a cost, with rooms starting at around $195. They also come equipped with a 24-hour fitness facility, restaurants onsite, and free Wi-Fi throughout the hotel.