15 things to do in Toronto this weekend 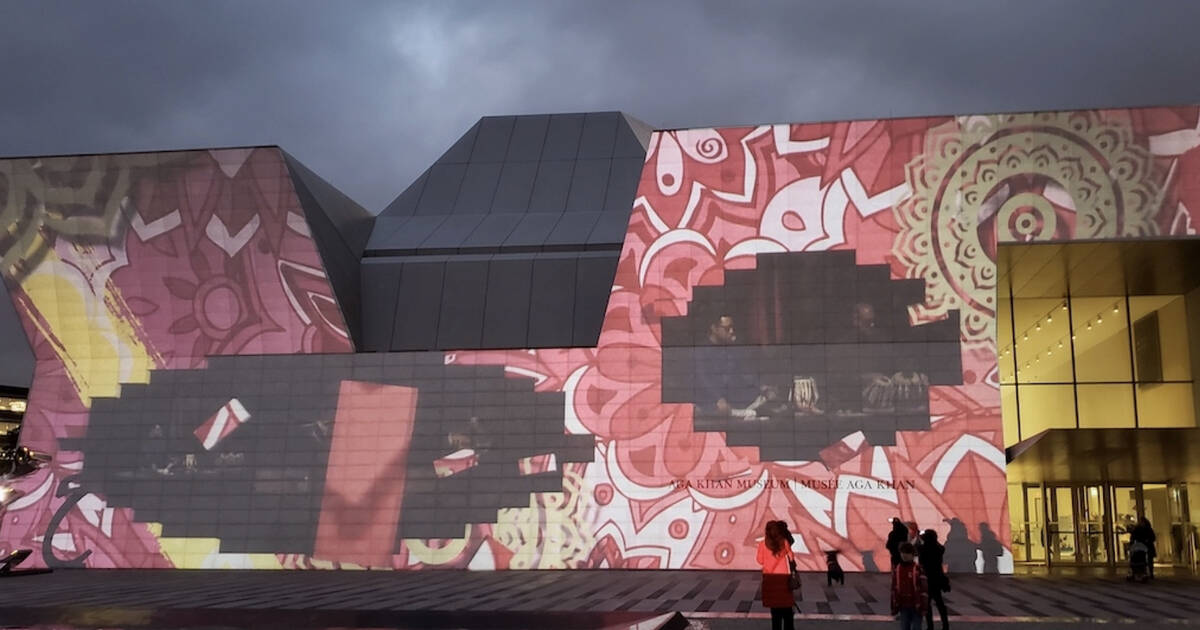 Things to do in Toronto this weekend range from belly-busting comedy to one-time screenings of iconic films to live musical performances of all genres. Get over those post-Christmas blues and enjoy all the city has to offer in the next few days.

Light Up The Dark (December 27-29 @ Aga Khan Museum)
This is the only chance to check out a cool light show on the museum's exterior, extended museum hours and live pop-up performances with food and drink at this weekend-long party.
DisasterFEST (December 27 @ Bad Dog Comedy Theatre)
Find out if your abs can survive this six-hour marathon of Toronto’s alternative comedy.
Marauda (December 27 @ Velvet Underground)
The Toronto debut of DJ Marauda (formerly known as Mastadon) with support from a few of his pals.
Uncle Buck (December 27 @ Paradise)
John Candy shines in this 1989 classic, which takes place during the winter and so can be arguably considered a holiday movie.
A Glow in the Dark Paint Party (December 27 @ Paint Cabin)
The last of the 90’s Glow in the Dark Paint Parties of the year with Dj Rec & Dj GadJet.
TCBS Comic Book Boxing Day Bash (December 27 @ Toronto Plaza Hotel)
Buy, sell and trade new and vintage comics at the third annual Toronto Comic Book Show Boxing Day Bash.
DJ Skate Nights (December 28 @ Natrel Rink)
Skate to some old-school hip hop from DJ Mel Boogie at Toronto's favourite outdoor lakeside rink.
HEY GIRL HEY: Hail Santa! (December 28 @ The Baby G)
Dance away the holidays with this winter talent show featuring Beardoncé and a dance party with tunes by female and non-binary artists.
Vesperia, Iomair & Deep Dark River (December 28 @ Cherry Cola's)
Get dark and metal-y with this live show at the iconic Cherry Cola's.
Polar Bear Skate (December 29 @ The Bentway)
Come watch a bunch of brave souls skate the Bentway in their underwear — or join in the fun, if you dare!
Happy Feet Two: An IMAX 3D Experience (December 29 @ Cinesphere)
For one day only, witness the cutest tapdancing penguins the world has ever seen in IMAX 3D.
Canadian Comedy Spotlight (December 29 @ Comedy Bar)
Come celebrate the best and brightest in Canadian comedy.
Community Sundays (December 29 @ MOCA)
Free admission to Toronto's Museum of Contemporary Art, courtesy of TD.
It's A Wonderful Life (December 29 @ Paradise)
Probably your parents' favourite holiday movie and an all-time black-and-white classic, so you should see it at some point.
What's in the Box (December 26-30 @ The Drake Hotel)
Canadian DJs, singer-songwriters and producers take the stage in this five-day festival showcase.

by Becky Robertson via blogTO
Posted by Arun Augustin at 8:25 AM