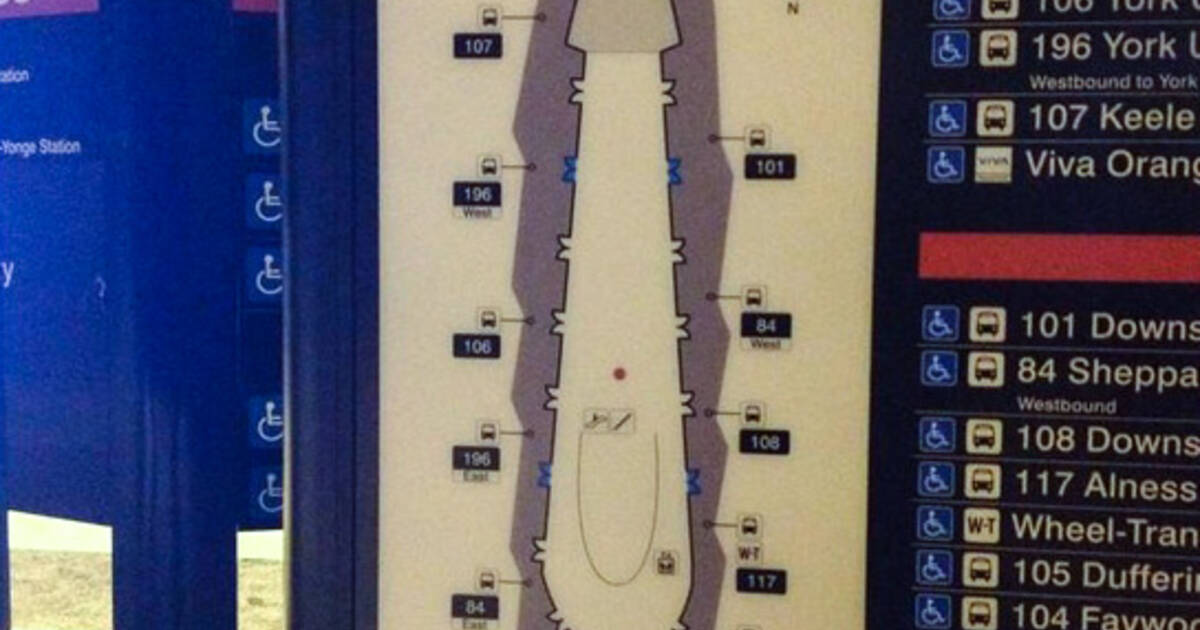 As much we all may complain about the state of Toronto's public transit system, it's hard to deny how much the TTC has shaped our culture as a city.

Some of the most interesting Toronto moments of the 2010s took place on buses, subways and streetcars, bringing intense amusement to people all over the world and proving that the TTC really does give us more than frustration-induced headaches.

Here are some wild things that happened on the TTC over the past decade.

An amorous Toronto couple made headlines (and got themselves arrested) in 2011 for engaging in public intercourse on the subway platform at Spadina Station.

In case you're wondering there is video of the TTC sex, but we're not telling you to watch it. http://t.co/Ir9z06Mz

TTC streetcar gets submerged in sewage

Commuters were forced to literally swim out of a streetcar on Toronto's west side when severe floods unexpectedly started ravaging the city in August of 2018. Sewage mixed with water from Lake Ontario left what the TTC described as "a quantity of human waste" inside the vehicle. See also: That time Union Station went underwater.

A #TTC streetcar was totally covered in water at King St. and the Sudbury underpass last night during #stormTO #Toronto #Torontoflood https://t.co/EGu6m1AMSV pic.twitter.com/TfUe0Zvrkq

Video footage went viral a few years back of a man climbing on top of a moving TTC bus and "surfing" atop it while someone films from a car behind him shouting such things as "This my yute is on the bus top, BOOM!"

The stunt was panned by TTC officials as "incredibly dangerous and ill-conceived." See also: That drunk guy who took a joyride on the back of a Toronto subway train.

Spotted in #Toronto. A man surfing atop a #TTC bus https://t.co/737Blbukvm pic.twitter.com/VrEkT2E2Su

Two Italian brothers will forever be known in Toronto as the "Despacito guys" after relentlessly playing Luis Fonsi 2017's hit song on their accordions while riding the TTC subway.

It took months, plus a series of tickets, fines, complaints and, finally, court summonses, to get the men to stop — though some Toronto residents really did enjoy the entertainment while it lasted.

Meanwhile on the #TTC #Despacito pic.twitter.com/ppmFrPq5QQ

An official station map erected at Toronto's Downsview Station in 2015 got the entire city abuzz over its resemblance to a human penis. The TTC was quick to acknowledge what they called "a very phallic-looking symbol" and take the map down — but not before we could all have a good, hard laugh.

Commuters were less annoyed than usual by a 2017 subway delay upon learning that a naughty nightboi had wandered onto the tracks. Operators apologized for the inconvenience at the time, telling passengers that they didn't want to run the raccoon over.

The TTC were subsequently hailed at City Hall for saving the little fella's life. See also: The subway riding raccoon of 2016, the raccoon-related subway delay of 2018 and this raccoon who rode a TTC escalator.

Best story of the month—nay, of the YEAR #raccoons #TTC @blogTO https://t.co/hYlvlnQ14n

A public bus collided heavily with Little Nicky's Coffee during the summer of 2012, sending three people to hospital with minor injuries and and prompting hundreds more to question "wtf?"

Fortunately, the business was able to reopen within just a few days. See also: The TTC bus that crashed into two Scarborough homes in 2019.

An unfortunate woman was doused in dirty water from a mop bucket on a subway platform in Scarborough during September of 2017. The incident, which appears to have occurred between an arguing couple, was described as absolutely horrifying by those with knowledge of how dirty the floors of any subway station can get.

See also: The vaping teen streetcar fight and whatever the heck happened here.

Only in Scarborough...this man poured that nasty Toronto transit mop water all over her loool omg pic.twitter.com/uWoxzgYIgj

If there's one thing Toronto should remember from the 2010s about drivers interacting with TTC infrastructure, it's the seemingly-irresistible allure of the Queen's Quay streetcar tunnel.

Despite all of the transit system's best efforts, some 20 cars got stuck inside the waterfront tunnel between 2014 and 2018 alone. The entrance has since been barred with gates. See also: This TTC bus getting its top ripped off in a too-short tunnel.

Another car got stuck inside the #TTC's Queens Quay tunnel https://t.co/O6ZYpRmIuI pic.twitter.com/94ULeY8U4W

It may not be as kooky as live crabs on the subway or an audiobook overtaking the TTC intercom, but footage of the "ghost bus" crash of 2015 — in which a driverless bus at Bathurst Station slowly crashes into the back of a truck — made Torontonians cringe, giggle and tap into their paranormal sides.

See also: That guy who brought a giant tub of Taco Bell frosting with him on the TTC, because why not?

In case you missed it, here's that #TTC ghost bus footage. http://t.co/Q6S4KHcRWM pic.twitter.com/ddFYTHDnid

by Lauren O'Neil via blogTO
Posted by Arun Augustin at 11:59 PM