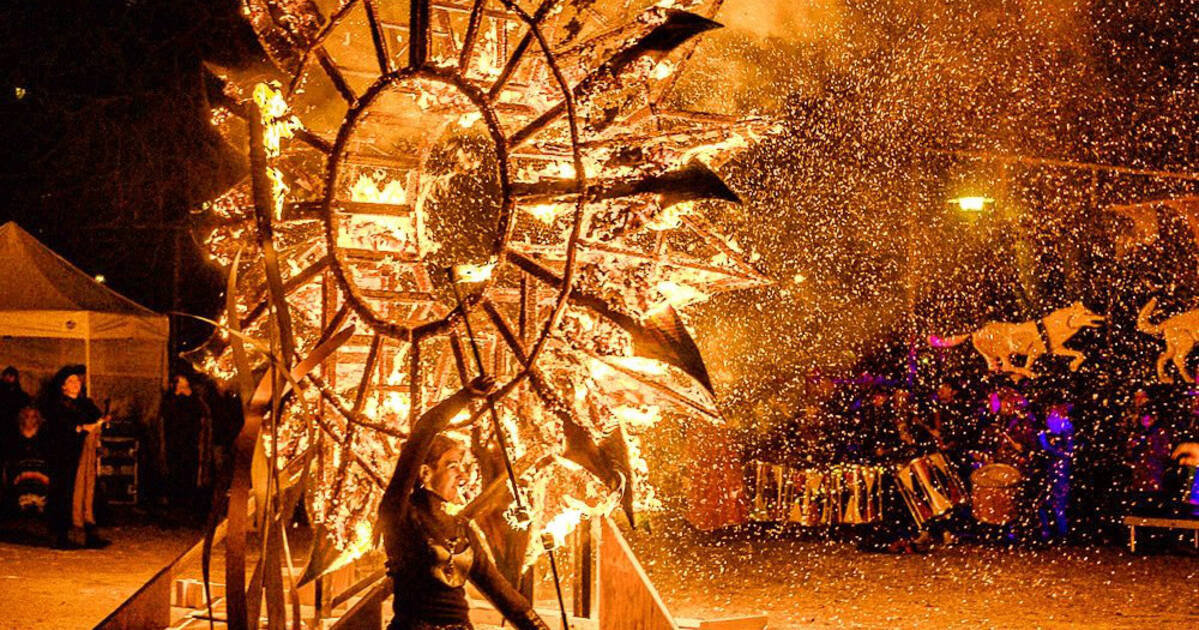 Toronto got lit this past weekend as it welcomed the longest night of the year, the winter solstice.

From last night at the Kensington Market #WinterSolstice Festival 🔥🖤🌕 pic.twitter.com/M8WwZxBQxS

The annual gathering in Kensington Market took place on Saturday night and the crowds got to take in the spectacle of it all.

As always the event that takes over Kensington Market included giant puppets.

Even a Doug Ford inspired one was spotted.

An epic parade that filled the streets.

Stellar costumes at every turn.

Happy Winter Solstice from this band of raccoons at this year's Kensington Market parade pic.twitter.com/epiTvZs5fE

And lots and lots of fire.

2019 Kensington Market Winter Solstice Festival was held in Toronto, Canada to celebrate the longest night of the year on Dec. 21, 2019 with thousands of people. pic.twitter.com/x549f8ur0T

If you didn't make it out this year don't fret it will be back for another wild night in 2020.

by Jaclyn Skrobacky via blogTO
Posted by Arun Augustin at 8:29 AM