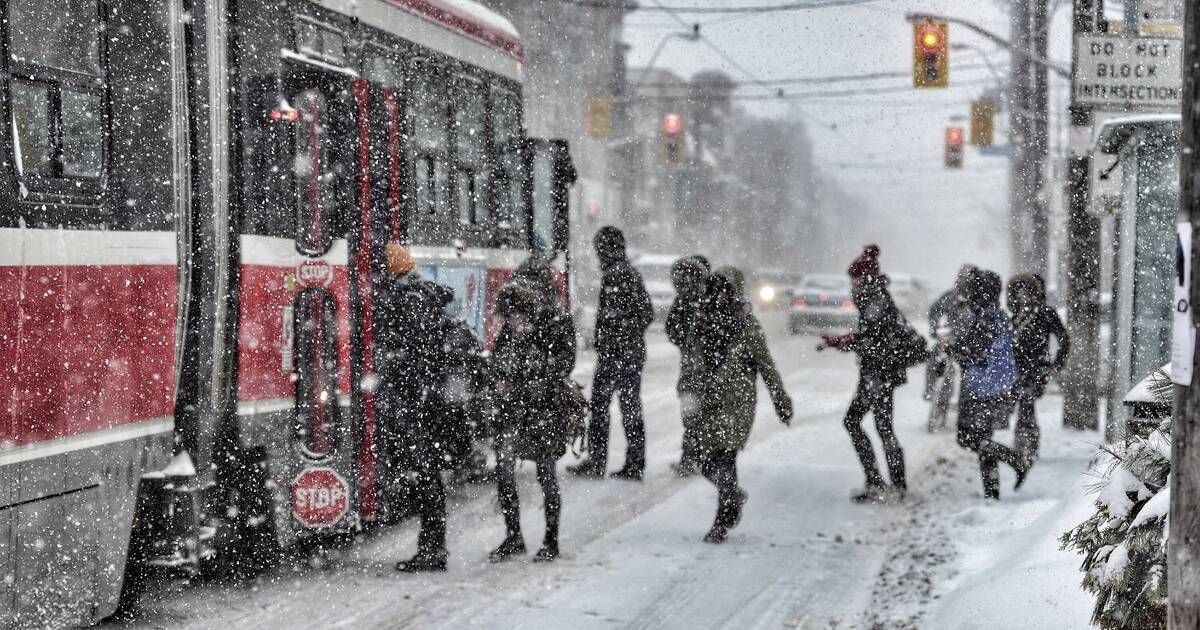 This year is going out with a...snow squall? Environment Canada has issued a snow squall watch for Toronto and most of Southern Ontario this morning.

The agency says that brief, but intense snowfall is expected to develop this morning, starting with flurries that will develop and turn into heavy snow.

Strong wind gusts of up to 70 km/h are also anticipated. The combination of heavy snow and strong winds will result in reduced visibility.

Environment Canada is warning that travel may be hazardous due to sudden changes in the weather. Drivers should can expect visibility to be suddenly reduced at times in heavy snow.

2019 is ending with a snow squall watch for our region. We are encouraging motorists to avoid or delay travel until the watch is over. If you must travel, than please give yourself extra time, reduce speed, and allow plenty of distance between you and the car in front of you. pic.twitter.com/x9dHNJib07

The risk of snow squalls is expected to run into the afternoon, according to Environment Canada.

The snow should slow down by 3 p.m, but the temperature will start to drop, feeling like -7 with the windchill.

Don't forget to bundle up for New Year Eve's festivities! Temperatures will feel like -8 with the wind chill as the evening goes on.

by Olivia Levesque via blogTO
Posted by Arun Augustin at 6:08 AM