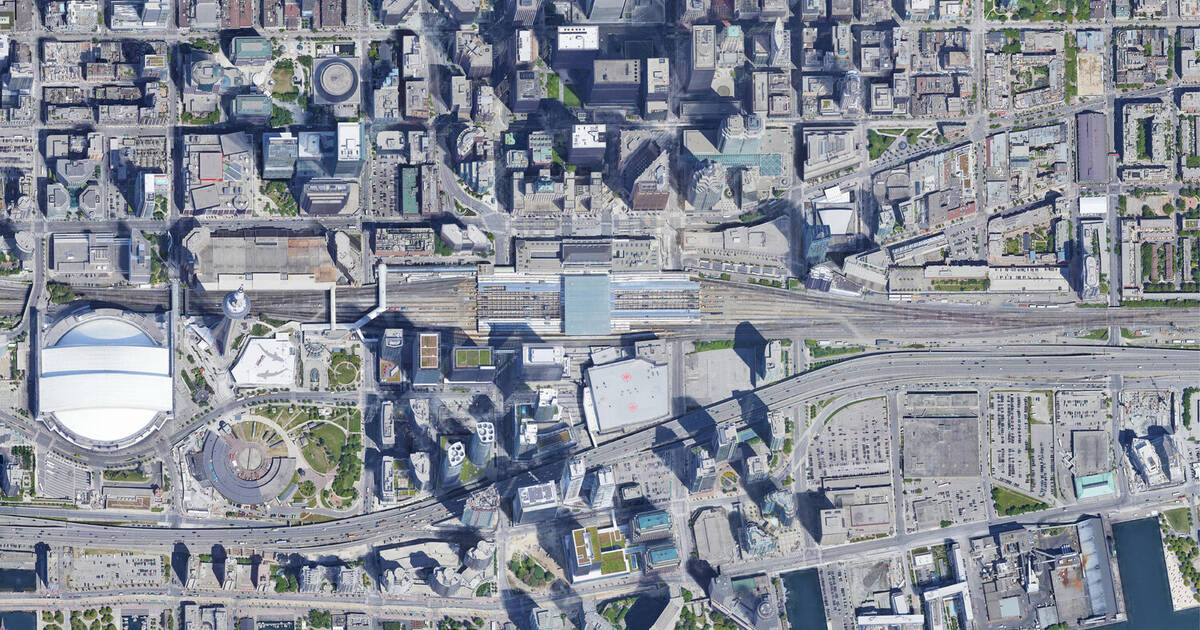 Being that Toronto doesn't have an unlimited supply of land upon which to develop, difficult decisions must be made — and surface parking lots are high on the list of properties that can be sacrificed for something new.

Civic-minded data visualization experts Tom Weatherburn and William Davis just released a new piece of analysis through their mapTO project in which the city's "parking lot transformation" is laid out in plain sight.

In the side-by-side maps experts created to illustrate the loss of surface parking in Toronto, parking lots are shown in black. Image via mapTO.

"In 1978 Toronto's downtown had massive areas dedicated to surface parking. Many of these areas resembled the giant suburban parking lots you see adjacent to today's commuter train stations, but within walking distance of Toronto's central business district," reads the piece.

"Over the past 40 years real estate developers and city council have slowly transformed these essentially vacant lots to accommodate some of Toronto's most iconic structures, such as the Skydome (or whatever it's called now), the ACC (ditto), and many other residential buildings, hotels and office towers."

It's hard to visualize such an open, spacious, car-friendly environment in today's ultra-dense downtown core, but photos don't lie (at least they didn't back then, for the most part.) 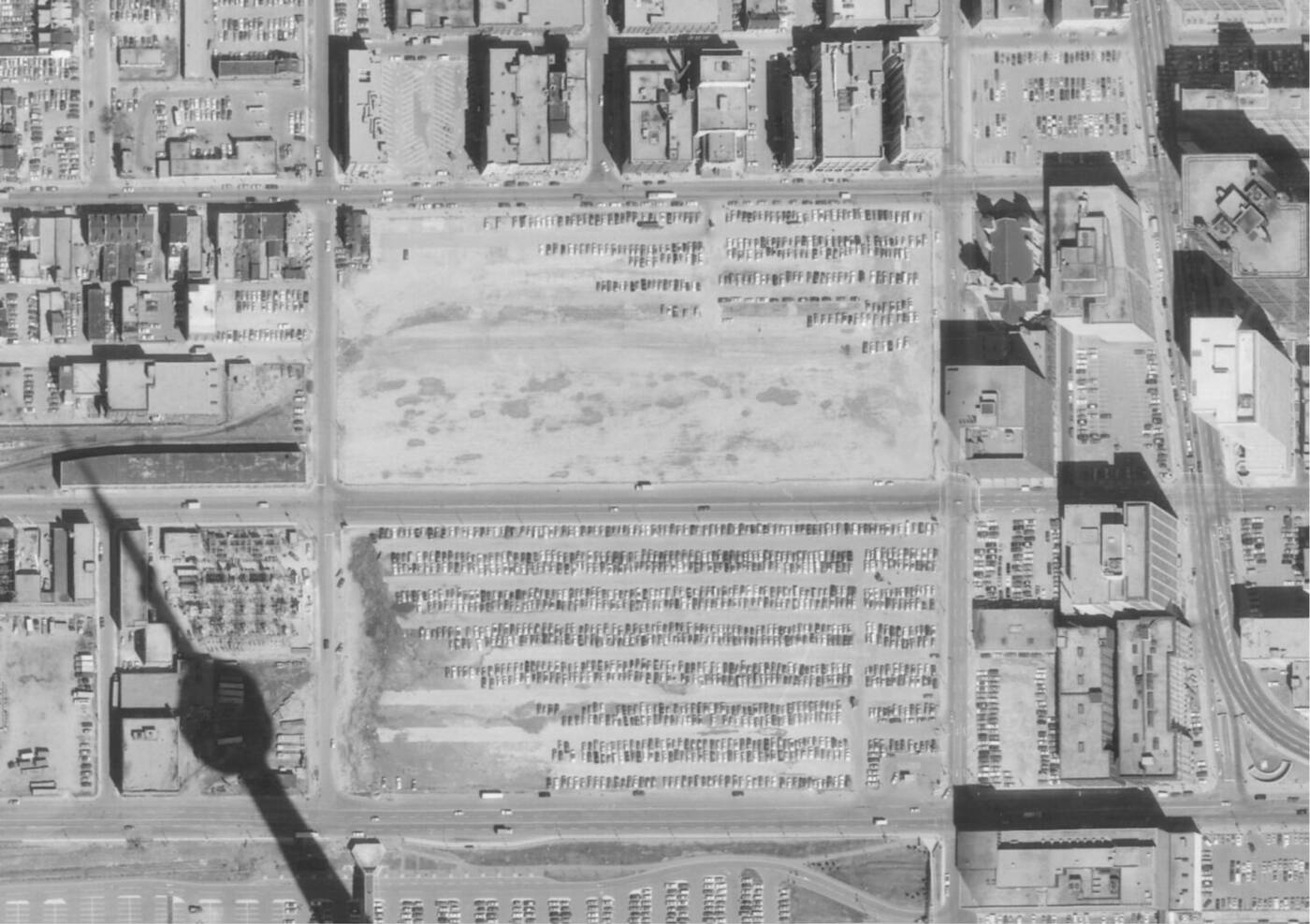 This more than 40-year-old aerial shot shows what existed before the construction of Metro Hall, the CBC Broadcast Centre, the Ritz-Carleton, David Pecaut Square and Roy Thompson Hall in 1978. Image via City of Toronto/mapTO.

Using "historical aerial imagery and data describing the current extent of surface parking in Toronto" from the City's own Open Data Portal, Weatherburn and Davis were able to determine that downtown Toronto lost roughly 40 per cent of its surface parking area between 1978 and 2019.

The mapTO team further calculated the total parking area within 100-metre intervals from King and Bay Streets between 1978 and now to show how much less parking space is available within the downtown core, specifically.

"You can see there used to be a lot more surface parking space available within a 1 km buffer of Toronto's downtown," they write.

"The majority of this space has now been redeveloped into higher-density development and it appears that the availability of surface parking has dropped significantly between 1978 and today." 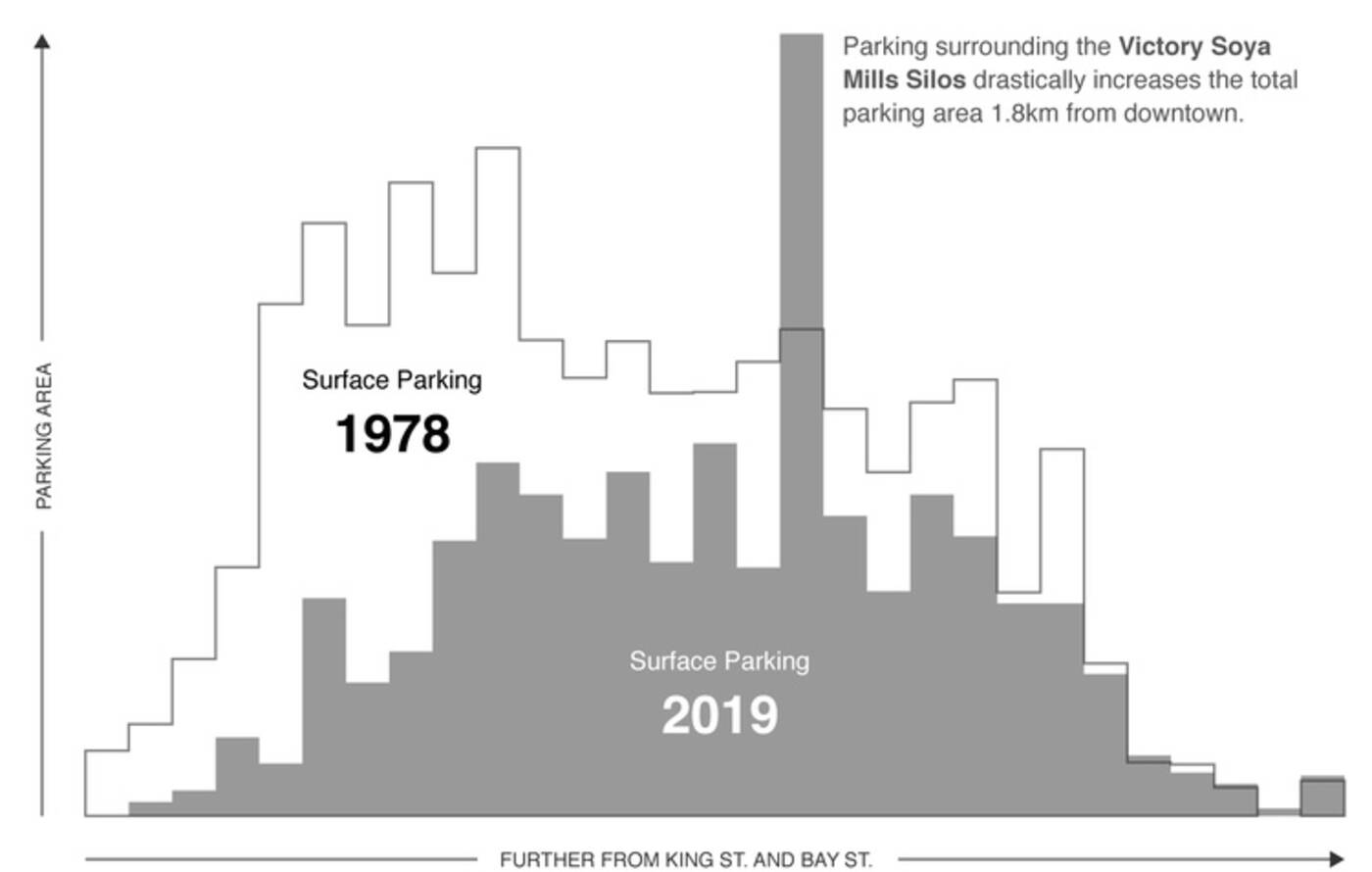 Surface parking within or near Toronto's downtown core has decreased exponentially since 1978, with the exception of some old manufacturing sites-turned-parking meccas. Image via mapTO.

Interestingly, there are a few parts of the city in which surface parking space expanded over the past decade due to a decline in manufacturing, chiefly along the waterfront where the Victory Soya Mills Silos stand.

The sprawling surface parking lot that now lives where a large soybean processing facility closed back in 1991 will soon be eliminated, however, with the development of Sidewalk Labs' new "neighbourhood of the future" — aka Quayside.

Dozens more development projects are slated to overtake parking lots in and around Toronto over the next decade, including a mixed-use complex at Dufferin Mall, a new mega-development in Agincourt and several affordable housing communities throughout the downtown core.

Plenty of subterranean parking garages do still exist in downtown Toronto, though it's likely they'll only get more and more expensive as surface supply dwindles.

by Lauren O'Neil via blogTO
Posted by Arun Augustin at 8:08 AM