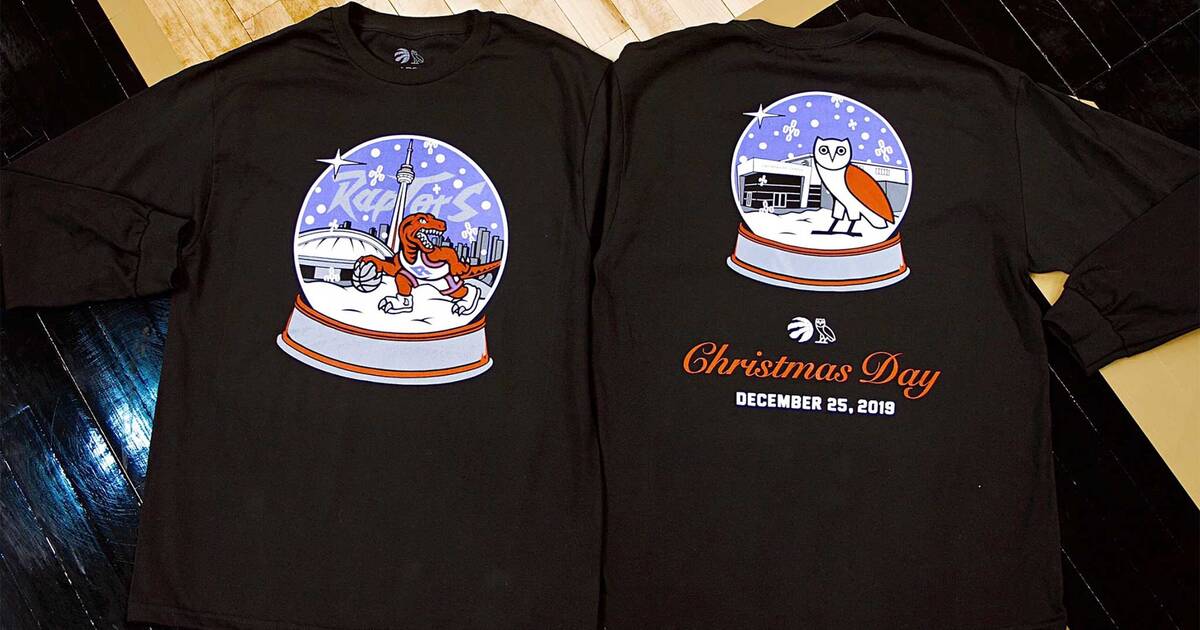 The Toronto Raptors are playing the Boston Celtics at Scotiabank Arena for the franchise's first game on Christmas Day in 19 years, and the first time they've hosted a Christmas Day game in Toronto.

The clash is one of five games on the NBA's schedule for Christmas Day and features two of the top teams in the Eastern Conference.

In advance of the game, the Toronto Raptors twitter revealed that all fans will receive a special Christmas Day snowglobe tee featuring the Raptors mascot and the OVO owl.

Christmas Day in Toronto: 25 years in the making. pic.twitter.com/FjqbmnSP7H

The Raptors are currently 4 point underdogs in the game, largely because Pascal Siakam, Norman Powell and and Marc Gasol will be sitting out with injuries.

@Raptors a Christmas Day game... congrats Toronto we did it!!!!!!

Playing on Christmas Day means the Raptors are finally getting the respect around the league in the wake of winning the 2019 NBA Championship.

The last time the Raptors played on Christmas Day was 2001 when Vince Carter was on the team.

When you realize it’s Christmas Day and the Raptors are playing #WeTheNorth pic.twitter.com/JsIoQbTfRj

https://t.co/4mnMh6cktR
Guard Kyle Lowry will make his Christmas Day debut - "it's going to be very cool" - when the Toronto Raptors host Boston as part of Wednesday's quintupleheader of games when the casual sports fan typically turns their attention toward the NBA. pic.twitter.com/hrlvsDnYsG

Kyle Lowry and the rest of Toronto are hoping for a better result this time.

by Staff via blogTO
Posted by Arun Augustin at 8:29 AM