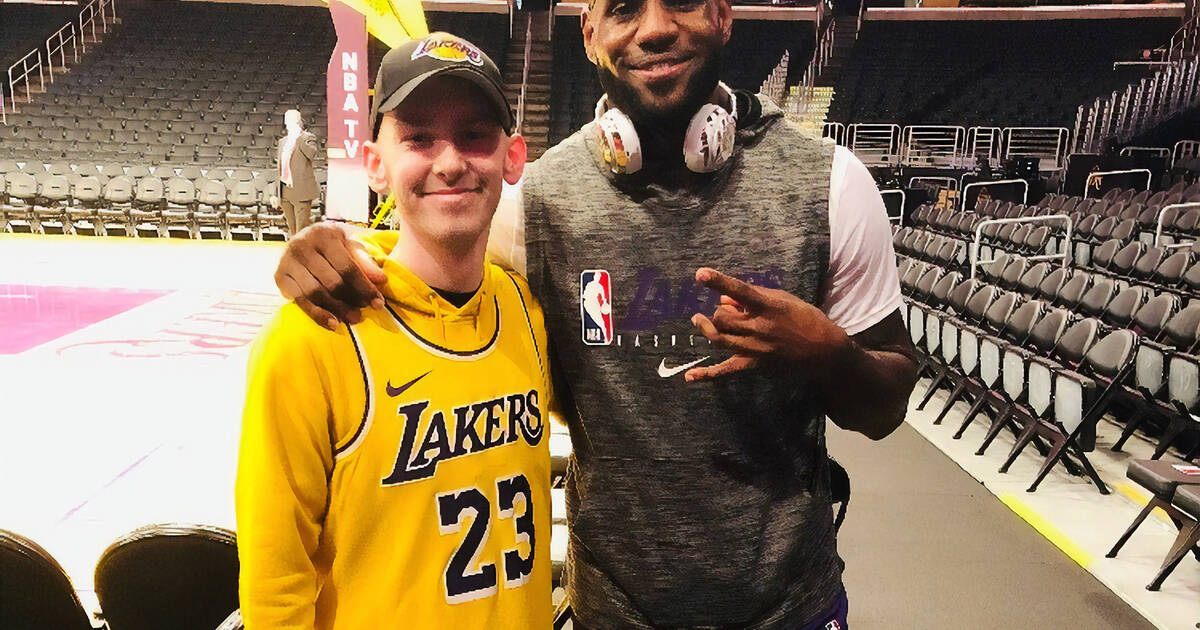 Raptors superfan and resident Toronto sweetheart Nav Bhatia has helped a local teenager get his dying wish to meet one of the most famous players the NBA has ever seen.

Bramptonite Corey Groves, who is suffering from a rare and aggressive form of cancer at the age of only 17, was granted a wish from the Children's Wish Foundation this year. His ultimate dream was to meet his basketball hero Lebron James, who plays for Groves's favourite team, the L.A. Lakers.

Unfortunately, the Canadian charity was unable to fulfil the teen's wish despite numerous attempts to reach the player.

That's when Bhatia, a star around these parts in his own right, stepped in.

Bhatia visited Groves at the hospital to bear the good news that he'd personally arranged for the teen to meet James in L.A. The visit was slated to take place before the Lakers played the L.A. Clippers at the Staples Center on Christmas Day, which Children's Wish had managed to get Groves an all-expenses-paid trip to see.

It was a picture-perfect moment that Groves shared on social media, saying that he was "so thankful to everyone that helped make this happen."

Amazing!!!! Now hopefully this young man receives a miracle of good health. So glad he got his wish

Though he's been given less than a year to live, Groves has stayed positive, hoping to inspire others and "explore what our world has to offer." The story of his mission to meet James, as well as its heartwarming outcome, have gone absolutely viral online.

by Becky Robertson via blogTO
Posted by Arun Augustin at 10:25 AM