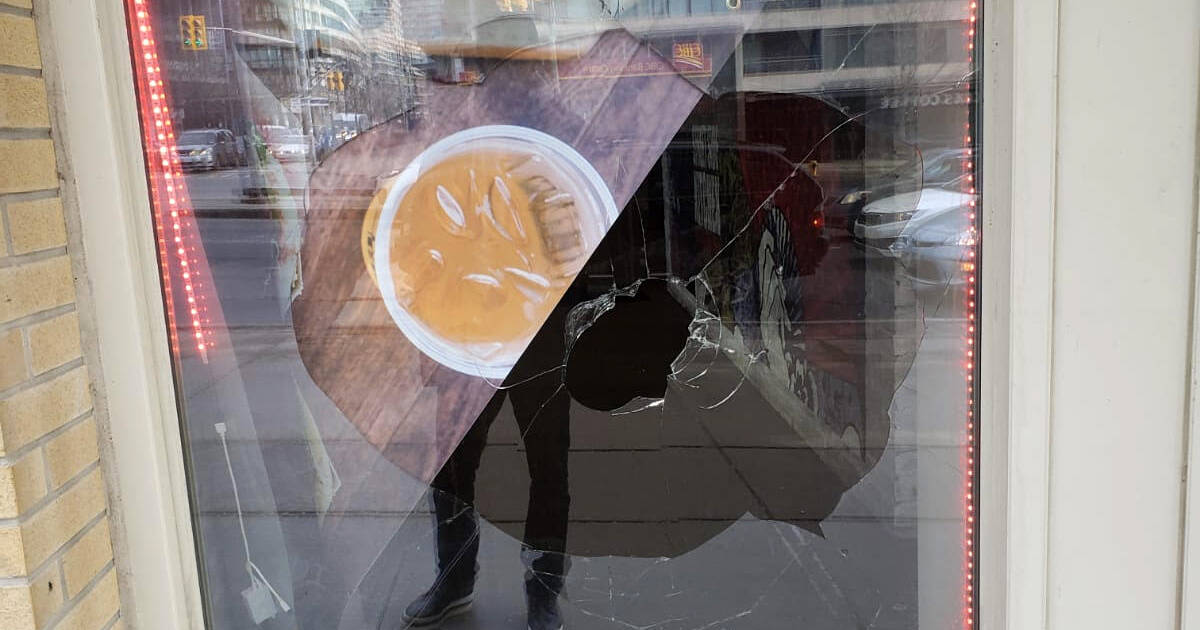 Toronto's first outpost of the West Hollywood-born restaurant chain Chin Chin Side Street Kitchen is recovering from an act of vandalism today after being spotlighted in a bizarre anti-Halal Facebook group.

The group, called Boycott Halal in Canada, states in its about section that it aims to "reduce demand and slow production and thereby reduce the need for Halal Ritual Slaughter... which does not just involve the meat industry, but also provides Halal Bi-Products which are included in many Food & Non-Food Products."

Chin Chin is fully Halal, as well as gluten-free with plenty of vegan and non-dairy options on its menu.

Whoever is behind the anti-Halal group's Facebook page decided to share a post from the restaurant on Monday morning just after 8:30 a.m., writing "Chin Chin Street Side Kitchen at 363 Bremner Blvd, Toronto, is a gluten-free and 100% Halal modern Asian fast casual restaurant." 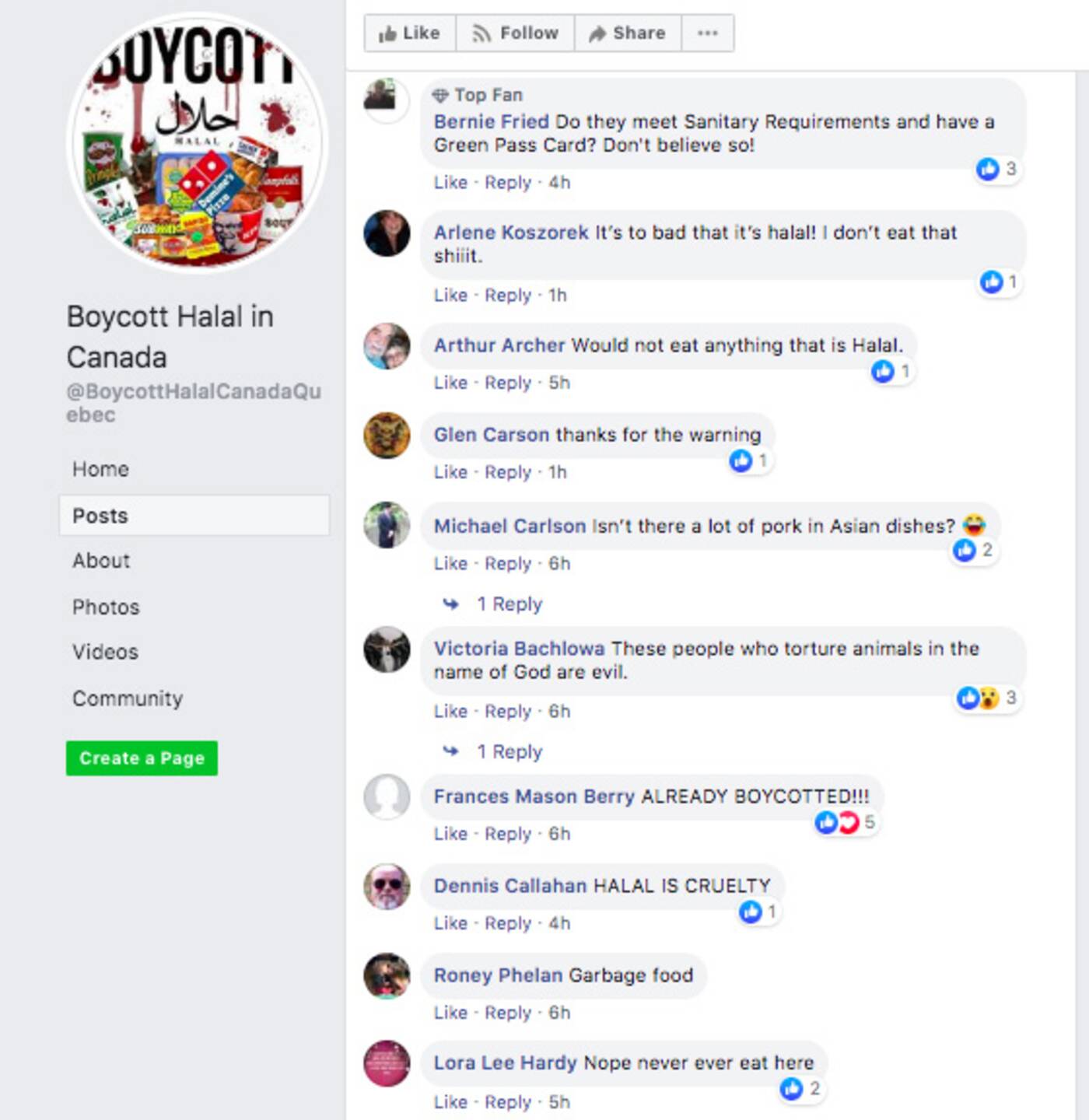 That alone was enough to spawn more than 60 likes and dozens of nasty comments.

"You know where you can stick this crap, where the sun don't shine," reads another, followed by "Islam the Mother load [sic] of insanely bad ideas." 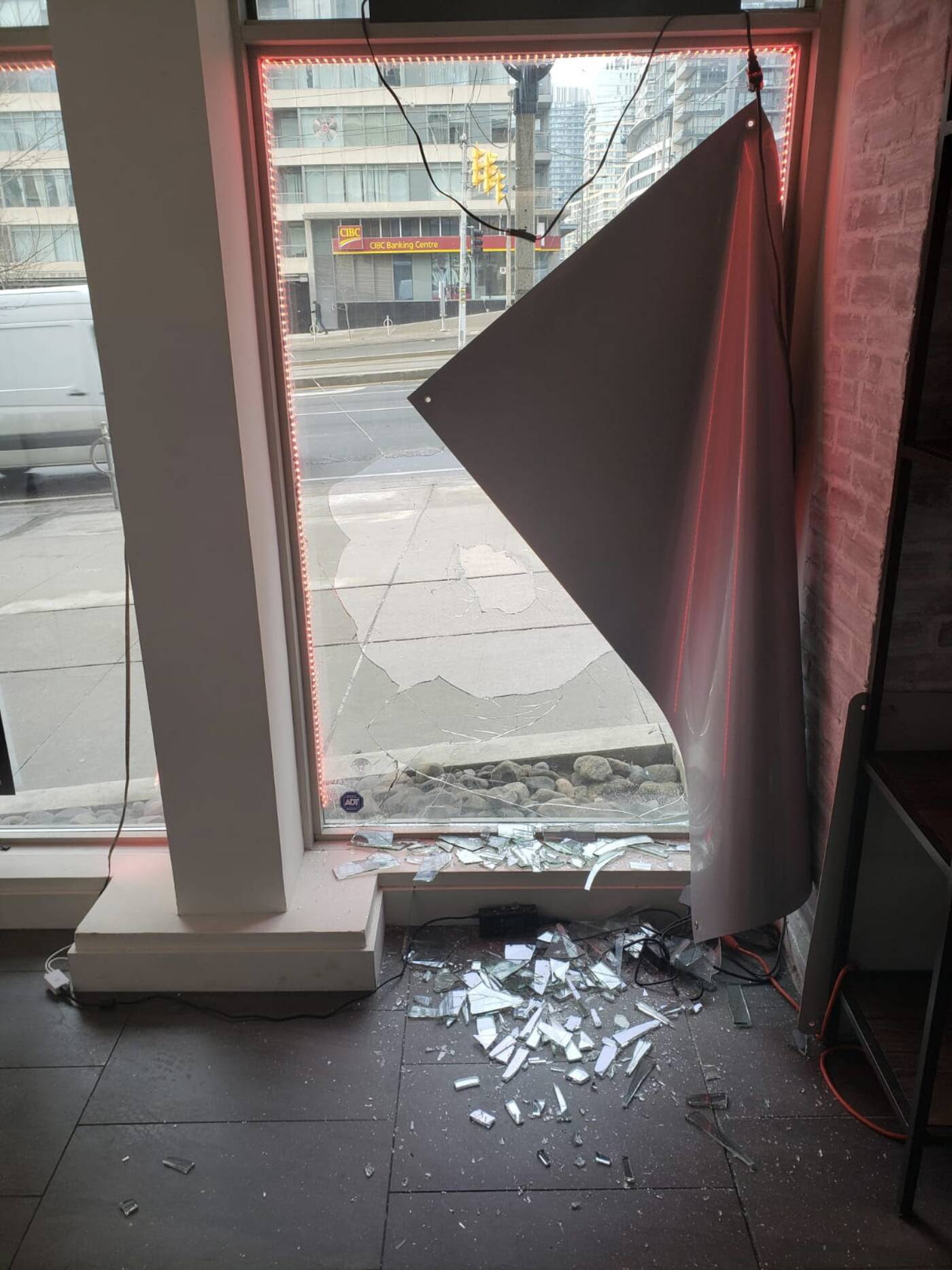 Staff at Toronto's Chin Chin Side Street Kitchen on Bremner Blvd. say they arrived to work on Monday to find a rock thrown through a front window. Photo via Calvin Htut.

Company spokesperson Calvin Htut pointed out the unusual "coincidence" in an email, confirming that the franchise is Muslim-owned and that the majority of employees working there are Muslim.

He believes that Chin Chin was targeted for serving Halal food. The aforementioned Facebook page shows that they're not the first Toronto area business to have been highlighted by the group either.

"The Facebook page which poses as an anti-Halal group also targets businesses such as Nike for offering a full body Swimsuits with 'Hijab' head covering, and other businesses that offer Halal including Loblaws, Wendys, Popeyes, Ferrero Rocher," explains Htut.

No evidence has yet been released to conclusively support the theory that someone from the Facebook group targeted the Toronto fast-casual restaurant, but Htut says that police have been notified and are investigating the incident.

by Lauren O'Neil via blogTO
Posted by Arun Augustin at 1:59 PM