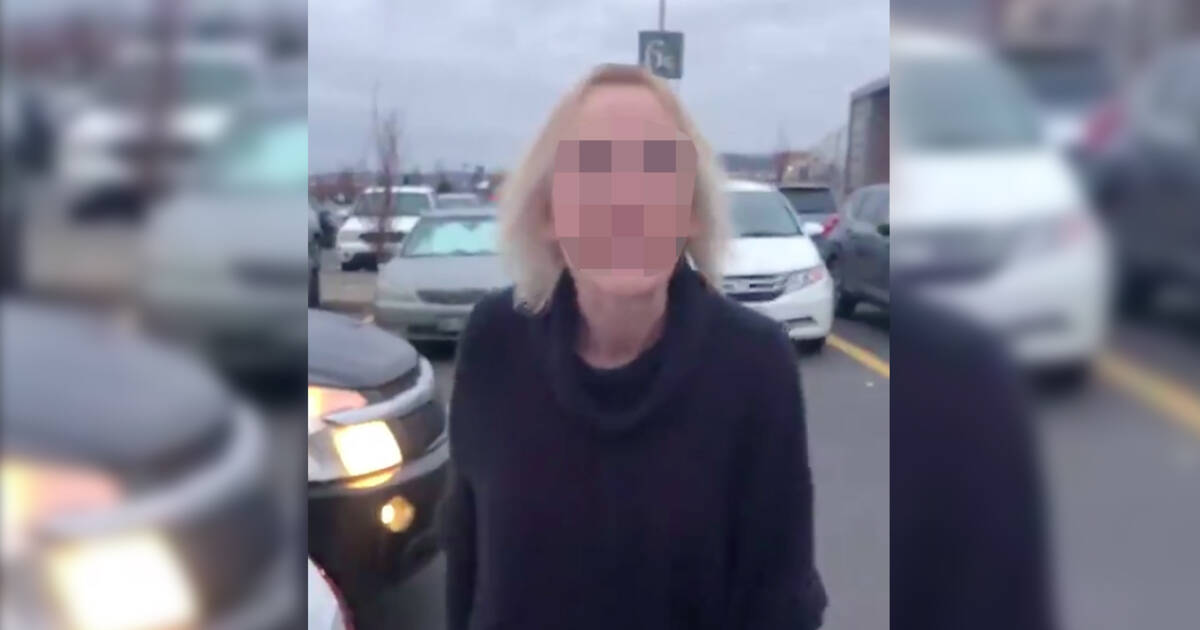 A Hamilton woman is facing charges following an investigation into an altercation that occurred in a Niagara Outlet mall parking lot on Boxing Day.

A video of the altercation went viral just days following the incident.

Cellphone footage shot by a Chinese woman who emigrated to Canada seven years ago, according to the St. Catherines Standard, starts with a blonde woman screaming "you f*cking ch**k" into the camera.

Her behaviour gets even more abhorrent from there, as demonstrated in the video below (WARNING: Contains racist language.)

Niagara Police said in a statement that there was an altercation between two females over a parking spot at the Niagara on the Lake Outlet Mall.

Police have identified the woman in the video as 51-year-old Patricia Zammit of the City of Hamilton .

Zammit is facing charges of Assault and Uttering Threats, and will be in court on February 3, 2020.

by Olivia Levesque via blogTO
Posted by Arun Augustin at 3:38 PM