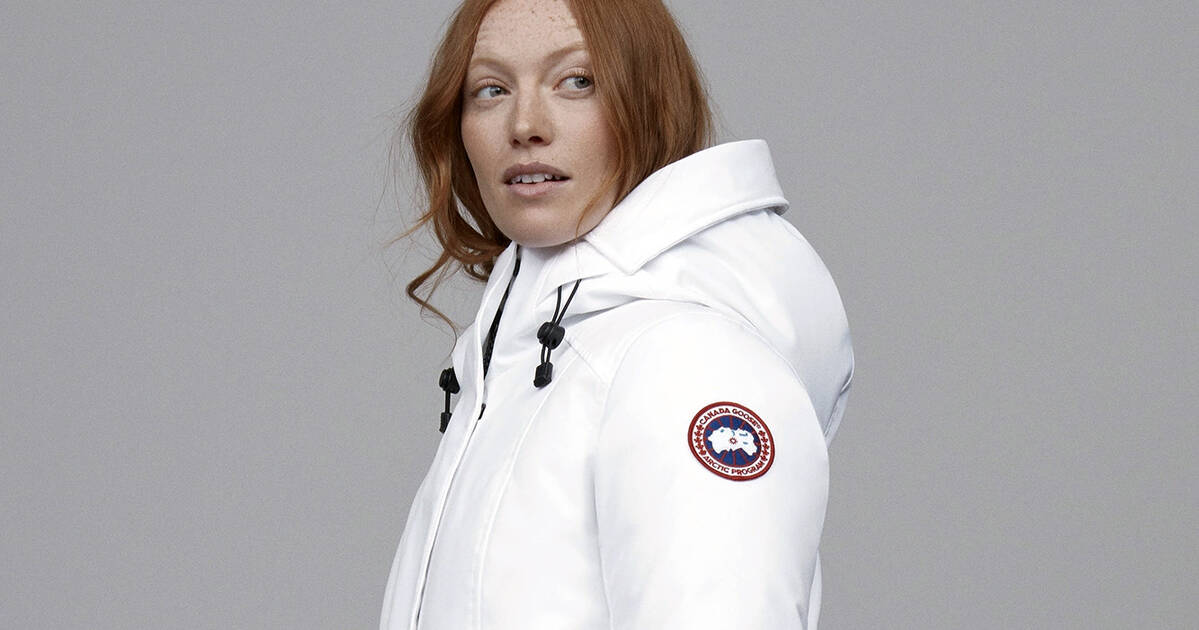 The most-controversial outerwear brand in North America — if not the entire world — just released a new product that's getting people all riled up, and this time it has nothing to do with allegations of animal cruelty.

Behold the "Toronto Jacket": A $1,495 parka designed specifically for the climate of Canada's largest city — and by "climate" I'm talking both environmental and political.

This is so fucked up. For reals, Canada Goose designed a coat with reflective fabric for better visibility for pedestrians because they keep getting run over by cars on Toronto streets#Toronto https://t.co/lr9x3VjTjG

"Toronto Jacket is a versatile 3-in-1," reads the item's description on Canada Goose's website.

"When the down-filled outer shell and lightweight down inner shell are worn together they’re warm enough for a Toronto winter's harshest days, while the removable inner shell is a flexible layering essential."

Save, perhaps, for the rich price tag, that's all well and good. So is the neat "Toronto" grab strap on the back and a Presto card-sized wrist pocket.

The company's stated reason for making the coat so reflective, however, is raising eyebrows: "Our signature reflective detailing [is] ideal for increased visibility on city streets."

I wrote a review. pic.twitter.com/jRp1e3hskS

For those unaware, Toronto is in the midst of what many are calling a cyclist and pedestrian death epidemic.

Rates of fatalities on the city's streets have been rising consistently since around 2012, when Toronto Police started issuing far fewer driving tickets thanks to the elimination of a dedicated team of traffic enforecement officers.

The City of Toronto has spent millions of dollars in recent years trying to eliminate such road deaths as part of Mayor John Tory's Vision Zero plan, but to no avail.

As of late 2019, an estimated six people are hit by cars in the city every single day. A total of 66 people were killed or seriously injured in traffic collisions last year, according to police — 4o of them (or just over 60 per cent) were pedestrians.

Who should be most embarrassed here, Canada Goose, or Toronto's drivers, politicians and police? Answer: pedestrians, walking is for suckers. https://t.co/brMDHHa8xm

Noble as the company's intentions may have been, Canada Goose is being panned for trying to "capitalize on Toronto's deadly street culture."

"Does it come with a stylish reflective arm band?" wrote another, referencing a recent and much-criticized Toronto Police initiative that positioned reflective arm bands as a form of protection against cars. "'Cause if not, lost cross-marketing opportunity."

Others are simply floored by how much the product costs.

My rent is the cost of this coat. Unreal.

"Who on earth would pay $1500 for a WHITE winter coat?" wrote one local on Twitter. "Also, are you really more visible if you blend in with the snow?"

"I mean, what is $1500 to save our lives?," wrote Dr. Farah N. Mawani, whose Dec. 22 tweet about the Toronto Jacket is what got people talking about it on Twitter.

"To the people who dismissed the concern I was raising about Canada Goose capitalizing on our deadly streets, this just happened today," Mawani wrote later in another tweet, linking to a news article announcing the deaths of two more Toronto pedestrians.

Those 19-year-old pedestrians, plus a third who is in critical condition, were struck by a vehicle in Scarborough around 6:30 p.m. on Sunday evening while walking to get food.

Police say that the driver was impaired when he lost control of his Mazda, struck a guardrail, and hit three young men at a "high rate of speed" on the sidewalk.

by Lauren O'Neil via blogTO
Posted by Arun Augustin at 12:29 PM