A brutal ice storm is wreaking havoc across Ontario 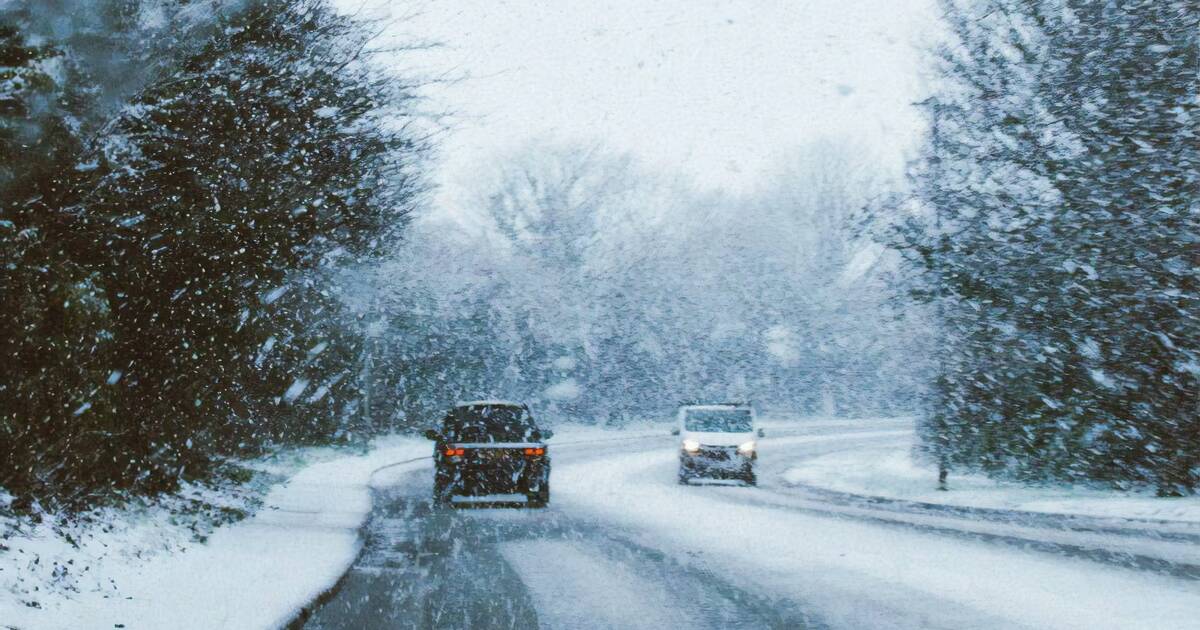 Commuters beware, you're in for some glare...

More than half of Southern Ontario is under a severe weather alert as of Monday morning thanks to a nasty storm track that's been pelting parts of the GTA with freezing rain since Sunday night.

Pictures don't do justice, it's very pretty outside. ( just cuz I still have hydro ) the minute I don't it's no longer so pretty lol !! #icestorm pic.twitter.com/AQYjia9nEE

"Be prepared to adjust your driving with changing road conditions. Ice build-up may cause tree branches to break. Utility outages may occur."

*SOUND UP* This is the freezing rain we’re getting. Looks like I’m staying in!!

If you must be out today, please drive safe!! #Chelmsford #onstorm #icestorm pic.twitter.com/j4mhY4mu1A

Branches are indeed breaking and power outages are being reported all across the region.

Freezing rain and high winds are starting to impact our system, causing outages for more than 18,000 customers. Crews are working as quickly and safely as possible to restore power. Visit our map for local updates: https://t.co/u9cpzQ1Uc0. #ONstorm #icestorm pic.twitter.com/4Prswl0fGC

The Weather Network is calling for wind gusts of up to 80 km/h along the shores of Lake Ontario, Lake Huron and Lake Erie this morning, though these should taper off by Monday afternoon.

Freezing rain is expected to continue throughout eastern and Central Ontario overnight, however, with as much as 15 mm of accretion on surfaces before the ice turns into snow.

Ontario Provincial Police are asking anyone who doesn't need to drive to stay off the road today, for safety's sake.

"We're asking people to, if they are going to be on the roads, to leave themselves lots of extra distance in between other cars and not make any sudden lane changes," said acting OPP highway safety division inspector Marc Hemmerick to CBC News.

Those travelling by car aren't alone in their woes, either.

Winter weather conditions have cancelled or delayed dozens of flights into and out of Toronto's Pearson International Airport.

Flights heading to some parts of the U.S. are experiencing delays of up to an hour, while flights to or from storm-stricken Ottawa and Montreal have been cancelled altogether.

@AirCanada my flight from Toronto to Ottawa is canceled (I am flying from Minnesota) I know there is a deal with Via, how can I do this and just save the time waiting at the airport?

Not everyone hates the weather, of course. Some people find it kind of pretty...

I only bailed twice taking these. #onstorm #icestorm #ptbo pic.twitter.com/ZdGk4oiobo

Others are taking advantage of the relatively quiet outside world.

Regardless of how hardy they are, all Canadians are still being asked to heed the advice of their local authorities and avoid the ice as much as possible.

"To everyone in Ontario and Quebec affected by the #icestorm today, please stay safe and listen to your local authorities," wrote Canadian Prime Minister Justin Trudeau on Twitter Monday morning just before 11 a.m.

"Thanks to all the crews who are working hard to keep roads clear and help people through the storm."

Toronto Police Officer PC Papadopoulos put it most concisely on Twitter around 9 a.m. this morning.

"Don't be a hot shot. Let's all follow the rules of driving so we all stay safe."

by Lauren O'Neil via blogTO
Posted by Arun Augustin at 10:08 AM