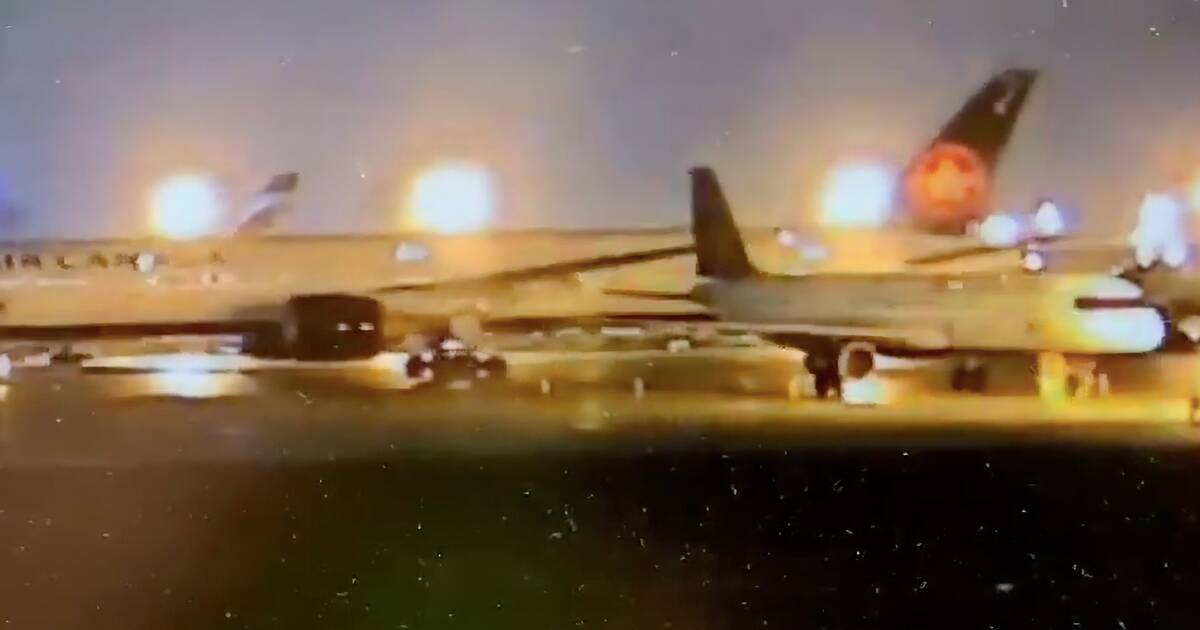 An incident involving two Air Canada planes, which could've ended a lot worse, has people wondering how we let some things fly at Toronto airports.

In a video posted online, an Air Canada Boeing 777-300 (C-FIUL) is seen being towed across the tarmac. It then appears to hit the tail of a parked Air Canada Airbus A321 (C-GJWO).

INCIDENT while being towed, an Air Canada Boeing 777-300 (C-FIUL) clipped the tail of a parked Air Canada Airbus A321 (C-GJWO) in Toronto on Friday Dec 27. Both aircraft were unoccupied at the time. pic.twitter.com/43RjBqyaRa

Tom Podolec, a journalist with CTV News wrote on twitter that the incident occurred on Friday in Toronto, and that both aircraft were unoccupied at the time.

It’s amazing how often this seems to happen. When pulling millions of dollars around you would think airlines would be a little more careful

The collision caused the smaller airbus plane to do almost a full rotation on the tarmac.

Why are they having so much trouble with this lately? I thought that was one of the reasons they painted guide lines and installed lights. Makes no sense at all.

No information has been released about how much damage the planes have sustained.

by Olivia Levesque via blogTO
Posted by Arun Augustin at 8:08 AM